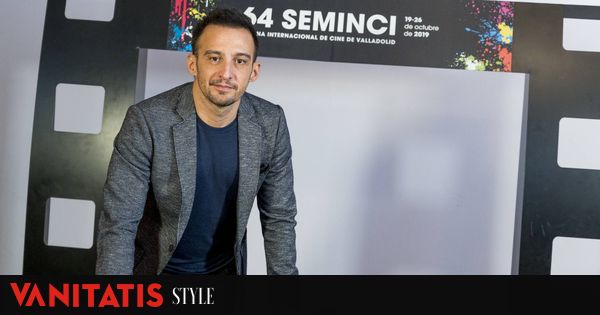 Fortune seems to touch Alejandro Amenábar for more than 25 years, and not just because it is the title of his first series. The versatile director, among many other talents, has the honor of being part of the Olympus of Spanish and international cinema. Winner of nine Goya awards and one Oscar, Alejandro Amenábar was born in Santiago de Chile, on the eve of Pinochet coup, of a mother from Madrid, who had traveled to Chile, where an older sister lived.

There she married a Chilean, a worker for the General Electric company. The couple together with their two children decided to return to Spain before the tension that was lived in the country. The boy Alejandro played to tell stories at recess to his schoolmates, who gathered around him to listen to his stories. He had no toys or balls, and they didn’t let him watch television. But there was plenty of imagination.

Later, the young Alejandro Amenábar worked as a restocker in a warehouse and as a gardener until he was able to buy a video camera. Then he studied at the Faculty of Information Sciences from the Complutense University of Madrid, where they say that he was not exactly a brilliant student. There, disenchanted with studies, he decided to start getting behind a camera, his great passion.

After shooting several shorts, the director’s life changed forever when he crossed his path Jose Luis Cuerda, father of one of his friends, who upon seeing his short ‘Himenóptero’, was interested in the script of the future Amenábar film, ‘Thesis’ (1996), and became a producer on the film and the next two.

‘Thesis’, with just 25 years of age, became the consecration of the director in addition to leaving us in Eduardo Noriega al most attractive psychopath in Spanish cinema. The emblematic film takes us into the corridors of the faculty where Angela studies (Ana Torrent), a young woman who is finishing a thesis on violence in the audiovisual sector. An academic work that will take you to discover, browsing the university archive, a series of unpublished videos of extreme crudeness and that do not seem to be fiction.

“I wanted to give a good chill”recalls the filmmaker in statements to TVE. “We wanted to do what we would have liked to see on screen in Spanish cinema. Taking as a reference many of the movies that we had seen as children. Many came from Hollywood, but we wanted to integrate them into what we knew, in our context. ”

Subsequently, ‘Open your eyes’ and ‘The others’ would confirm his position as the most important director of our country after Pedro Almodovar. A collector of awards, he has continued to keep intact both his fascination for his craft and the ability to connect with the public.

“I like to think that there are people who go to see a movie because I direct it, because he follows my work and is interested in it. What guides me the most to go to the movies is who is behind the camera or writes the script. My ‘star system’ is more about directors “, he told the ‘Diario de Sevilla’ on the occasion of the premiere of his latest film, ‘While the war lasts’, which has meant filming again in Spanish fifteen years later.

It also does not have social networks. “A few years ago I made an approach to Facebook and later to Instagram, and I left scared of both”, he confessed in conversation with ‘El Mundo’. “I don’t have an account on Twitter either. I belong to that silent and isolated minority, obstinate in living in the real world, it does not make sense that I expand on a universe in which I do not fit “.

Amenábar separated from her husband, David white, at the beginning of 2018, after two and a half years of marriage and five previous courtship. She is currently living a very discreet love story with a doctor named César. With the little news that transcends about his intimate facet, it had gone unnoticed that the director had contracted the coronavirus, something he confessed during his visit to a parade of the Mercedes-Benz Fashion Week Madrid.

In statements collected by ‘El Mundo’, Amenábar assured that “I have just passed it in fact and I have had practically no symptoms, it is a lotteryAfter stating that he has “no idea” from where he could have been infected, he revealed that his greatest wish is that “Vaccines reach all the people who need them soon.” A wish that, luckily, is being fulfilled.