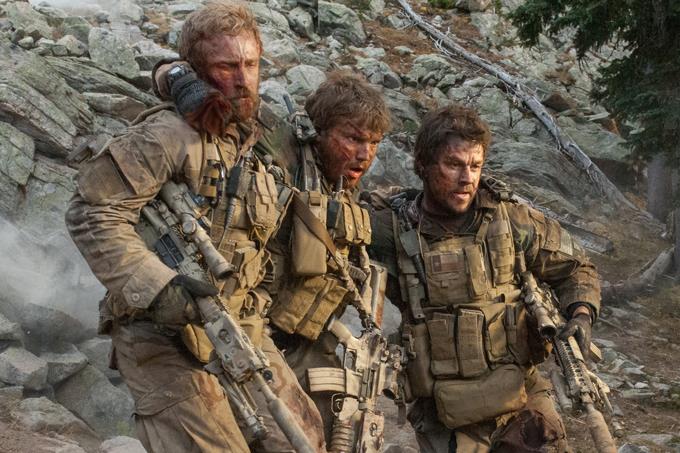 Afghanistan faces chaos after the withdrawal of US troops from the country and now the Taliban have seized Kabul (the capital and largest city), followed by the flight of President Ashraf Ghani.

Throughout the years, numerous journalists, photographers and filmmakers have shown the critical situation in the country through film.

Here, we watch movies that have shown the troubling situation faced by American and Native American soldiers.

The biographical war movie is based on the 2007 nonfiction book of the same name by Marcus Luttrell.

Set during the war in the Muslim country, the film depicts the failed counterinsurgency mission of the United States Navy SEALs, Operation Red Wings, during which a four-man SEAL reconnaissance and surveillance team was tasked with tracking down the Taliban leader Ahmad Shah. It is written and directed by Peter Berg.

Siddiq Barmak’s heartbreaking film made in Afghanistan tells the story from an Afghan perspective. The film follows a pre-adolescent girl living in Afghanistan under the Taliban who disguises herself as a boy, Osama, to support her family.

+3 Taxi to the dark side

The Oscar-winning documentary concerns the death of Dilawar, an Afghan peanut farmer, who left farming to become a taxi driver and who died after several days of beatings in the Bagram detention center.

“This is dedicated to two people who are no longer with us, Dilawar, the young Afghan taxi driver, and my father, an interrogator from the navy who urged me to make this film because of his anger at what was being done with the government. Of law. Hopefully we can turn this country around, turn away from the dark side, and back into the light. ”

A 2018 action war film, 12 Strong is directed by Nicolai Fuglsig and written by Ted Tally and Peter Craig. It is based on the non-fiction book “Horse Soldiers” by Doug Stanton and chronicles the journey of US Army Special Forces who were dispatched to Afghanistan in the immediate aftermath of the September 11 attacks.

Restrepo is a 2010 documentary that tells the story of the war in Afghanistan. It is directed by American journalist Sebastian Junger and British photojournalist Tim Hetherington. Explore the year Junger and Hetherington spent in Afghanistan on assignment for Vanity Fair. The film “captures the reality of the soldiers.”

The 2020 war movie “Outpost” is directed by Rod Lurie and is based on Jake Tapper’s 2012 non-fiction book of the same title. The film is based on the Battle of Kamdesh in the Afghanistan War.

Directed by Mohsen Makhmalbaf, the Iran film is set in Afghanistan during the Taliban rule. It is inspired in part by true events with a fictional story of an Afghan-Canadian. The plot revolves around the trip of the Afghan-Canadian, who receives a letter from her sister that she left behind when the family fled the war-torn country, while planning to commit suicide in the last solar eclipse of the millennium.

Director Mike Nichols’ last film (The Graduate, Closer) was about the covert funding of the Afghan mujahideen by the United States against the occupying Soviets (1979-89), effectively giving rise to the Taliban who later seized power from the warring factions of the Mujahideen.

Starring Tom Hanks, Julia Roberts, Emily Blunt, and the late Philip Seymour Hoffman, the script is written by Aaron Sorkin and is therefore as fast-paced and fun as you’d expect. It is an interesting insight into the root causes of the 2002 conflict and a reminder to modern audiences of America’s involvement in Afghanistan before George W. Bush’s invasion.

Robert Redford’s stage controversy was not well received at the time of its release and, if anything, his reputation has further diminished over time.

Despite a cast that includes Tom Cruise, Meryl Streep and Redford himself, this poorly paced talk party overwhelms viewers with its mocking attitude about the admittedly catastrophic Afghan politics of the Bush administration.

Still, the intermittent mountaintop battle scenes between the US Special Forces and the Taliban are pretty good, with Lone Survivor director Peter Berg and Michael Peña also playing a similar role. at 12 Strong.

+10. And for those with a fatalistic (realistic?) View of how the US withdrawal will eventually end, they may be tempted by films that include the fall of Saigon, such as The Deer Hunter (1978), Saigon: Year of the Cat (1983). ), Heaven & Earth (1993, the last film in Oliver Stone’s Vietnam trilogy).