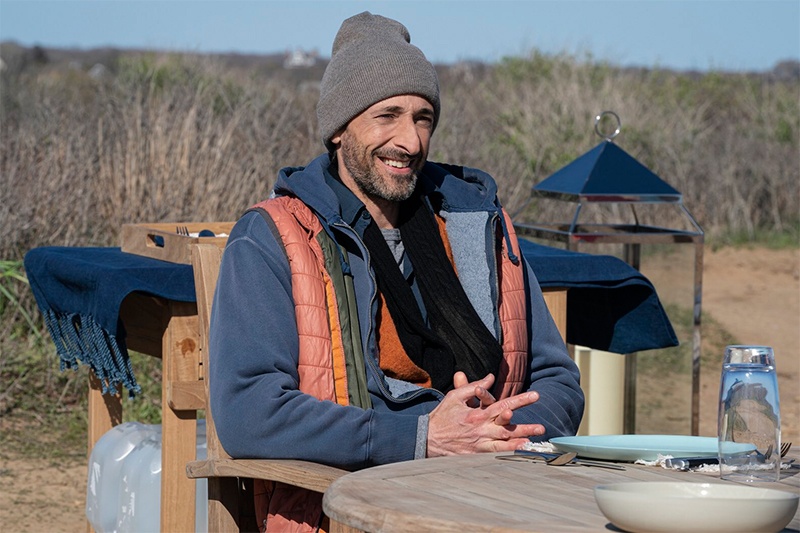 Few awards Oscar they felt as absolutely worthy as the one who won Adrien Brody by The pianist. His heartbreaking performance as a Holocaust survivor in Roman Polanski’s biographical drama was burned into the memory of moviegoers around the world, launching his name to Hollywood stardom as the youngest performer to win the Best Actor Oscar at age 29 ( still holds the record). However, that unforgettable interpretive work led him down the path of unexpected typecasting, gradually losing track of him among the great productions that were hitting the billboard since that 2002 film. What’s more, for a while we had him in the media radar simply for being Elsa Pataky’s boyfriend, gifting her a house and remodeling it like a castle on the outskirts of New York.

But just because Adrien doesn’t illustrate blockbuster posters or more intense prize-flavored dramas doesn’t mean he’s gone, that Hollywood has turned its back on him, or is experiencing a professional decline. Nothing is further from reality. We just have to look further away from the commercial facade of the industry and we find one of the best actors of his generation, who does not need great fuss, or blockbusters or starring roles to give the note with his talent. And the last proof is found by surprise and without warning in a chapter of Succession.

The magnificent HBO series is currently broadcasting su (wonderful) third season with a new chapter every week. And it is precisely in the fourth, recently added to the platform, that we discover Adrien Brody fulfilling the role of a handsome tycoon, as manipulative as the main family, but serving as a mere guest actor. Neither protagonist, nor secondary nor main role of Oscar winner, but he displays his talent simply because he feels like it, because the story brings out something new in him, because it challenges him. And he does it as a guest in two episodes of the entire season. I mean, the star ego thing doesn’t go with Adrien Brody.

His first appearance takes place in the fourth chapter, playing an investor named Josh Aaronson with enough power to influence votes at the shareholders’ meeting that could put the Roy family out of the game. In this way, we see protagonist father Logan Roy (Brian Cox) and son Kendall Roy (Jeremy Strong) reluctantly joining forces to persuade, pamper and convince this clear-minded shareholder. The meeting serves to design a face to face between father and son after the family division that exploded the end of the second season, exposing the vulnerability of the family but above all, that of Logan due to age and Kendall’s due to his father in general.

In this way, Adrien Brody brings out an arsenal of sympathy and confidence by creating a handsome businessman, with a modern stereotype, but with his own benefit as the only starting point. He serves as a nexus to create an atmosphere of tension and doubt through an interpretation that exudes self-assurance, arrogance and airs of cordial manipulation. The actor shines between the two leads and at times even manages to steal our full attention, making us want to see him again soon. And so it will be because his role is repeated in the fifth episode.

Brody will be an Oscar-winning actor, owner of a controversial and historical moment in the ceremony such as the kiss stolen from Halle Berry, but he does not stop being dedicated to his profession by the path that most convinces him as an actor. And that is why from time to time he surprises us by suddenly appearing in a series, leaving his mark as a supporting actor or with a mere appearance without pretending that for having won the Oscar he deserves a different attention. He shines with his talent by betting on the roles that challenge him and not if the project allows him to be a star or be among the Hollywood elite.

What’s more, he himself has found that with these smaller roles he finds more interesting challenges. We saw it at the end of 2017 in Peaky Blinders when he played the son of an Italian mafia family, Luca Changretta, who came to Birmingham with a thirst for revenge, becoming a lethal enemy for the main family. He was only there for a season but his presence was absolutely sublime. So much so that his departure, or outcome, left us with the feeling that we would never see another villain as dedicated as him in the entire series.

In turn, Wes Anderson is a director who tends to bring out his most comical side with just a few sequences, something that Adrien Brody always wanted to do in his work but not all the roles that he was offered allowed him to. As is the case with the recently released The French Chronicle where he shares a chapter in history with Benicio del Toro, without being the protagonist but leaving his mark as a passionate con artist. And previously in El gran hotel in Budapest O Travel to Darjeeling. Even Woody Allen brought out a Salvador Dalí to remember with just a handful of scenes in Midnight in Paris.

The truth is that after winning the Oscar, Adrien Brody tried his luck with great productions but without repeating the same luck. In 2017 he said that the conversation and success it generated The pianist made the world see it as “a very serious dramatic actor ”, leading him down the path of bitterness of being typecast (Independent). But for an actor who yearns to express himself to the fullest, in all possible ways and be a true “chameleon” From the interpretation, that typecasting did not lead him anywhere.

Perhaps that explains why he wanted to shake off the label by betting on critical failures such as The forest or box office in The Jacket. That I wanted to try adventurous action with the financial disaster that was King Kong de Peter Jackson or even play terror with Predators, a reboot that did not already inspire high expectations. However, for him it is not about financial success but about his own professional success. On the one hand because it seemed funny “stepping into Arnold Schwarzenegger’s shoes ” While the fact that it worked at the box office and generated profits brought him professional satisfaction.

After the fourth season of Peaky Blinders, the actor has done a bit of everything. In addition to painting in his spare time, he continues to work incessantly and as he goes through some quickly forgettable production such as Air Strike with Bruce Willis, return to work with Wes Anderson, or star in and co-write the indie drama Clean (which is still pending release). But he also stars in his own mystery series based on a Stephen King story, Chapelwaite (available in Spain on HBO Max), appears as a guest in Succession and has a long list of films in post-production that will see the light of day from 2022. Some star, some don’t (like the biopic of Marilyn Monroe, Blonde,where he accompanies Ana de Armas with a secondary role) but he will surely continue without leaving us indifferent.

Adrien Brody: from the Oscar to shining quietly in Hollywood