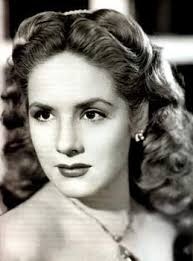 Rosita quintana who worked alongside big stars like Silvia Pinal, Fernando Soler and Pedro Infante, died in Mexico City at dawn this Monday, August 23, at 96 years of age, not without having been recognized as one of the greatest stars that gave the Golden Age of Mexican Cinema, and its disappearance, marks a milestone in continental entertainment.

Trinidad Rosa Quintana Muñoz born in Buenos Aires, Argentina on July 16, 1925, in the Saavedra neighborhood. Since she was a child, she demonstrated a special angel for acting, participating in school parties (she studied at a nuns’ school), and thanks to her grandmother, Carmen alonso, who was a guitarist and tango player, was interested in singing, although singing tango caused his expulsion from school, since the lyrics of tangos like ‘Cambalache’ and ‘Malena’ they were considered indecent.

She asked her parents to enroll her in the conservatory of the brothers Emilio and José De Caro, where he would study singing and acting; that’s how in 1940, at the age of 15, debuted with the singer Félix Gutiérrez, then passing with the Mario Azzerboni sextet, performing successfully at the historic Café Nacional on Corrientes street in the Argentine capital.

His arrival in Mexico in 1947 was due to his debut in the capital in the once very famous Night center The backyard, (where all the greats performed at the time, from Jorge Negrete and Pedro Infante, until Vicente Fernández, José José and Vikki Carr) where her talent, charisma and imposing voice opened a place for her in Mexican entertainment, and fate wanted the producer to see her Luis Manrique, who offered him a small role in ‘The Saint of the Neighborhood‘, a film of Chano urueta what would star Esther Fernandez with Ramon Armengod. In the film, Rosita would pair with the also debutante Joaquin Cordero, and thus both entered what is known as the Golden Age of Mexican Cinema.

Soon after, Rosita became a star by starring in three films alongside Germán Valdés, ‘Tintán’: ‘Tender zucchini ‘,’ I’m charro de levita ‘ and ‘Don’t defend me, compadre’, which gave it enormous popularity, putting it at the height of figures such as Lilia Prado, Silvia Pinal and Sarita Montiel.

Once acclimatized to her new country, she began a romance with the Mexican Sergio Kogan, manager of the subsidiary of Columbia Pictures for Latin America, with whom he married and had two children Sergio Nicolás and Paloma Guadalupe.

In those days he shared the billboard of the theaters and the cast of films, along with the most important figures in America: the tenor Jose Mojica, the charro singer Jorge Negrete, Pedro Vargas, Arturo de Córdova, Pedro Armendáriz and Cantinflas, among others. His screen performances were witnessed by important figures of the level of Agustin Lara, by the young and consecrated writer Mario Vargas Llosa – who would call her The Lady of America– and a large group of admirers.

It should be noted that in his repertoire as a singer he did not only do tangoHe also added ranch themes, which he interpreted with great feeling. On the other hand, his private and sentimental life was intense: after an amicable divorce with Kogan, he married Julio Chavira, to be his personal assistant and, a few years later, with the filmmaker Jorge D’Arnell. In Mexico he acted in nineteen films, being the most remembered and controversial ‘Susana, meat or devil ‘, directed by Luis Bunuel in 1950, in which she played a wayward, amoral and seductive woman who came to a farm to sow discord between a father (Fernando Soler) and his sons.

In 1963 he returned to Argentina, where he worked with René Mugica and dos movies: ‘The eighth hell‘ and ‘Women’s prison’, with Leonardo Favio and Ernesto Bianco, both films were produced by her ex-husband Sergio, with whom she continued to have a good relationship until his death in an accident.

In theater, had a monumental success when starring in the musical ‘My beautiful lady’, at the National Theater of Buenos Aires where he did a season of almost three years; Starting in the 1990s, Rosita Quintana began to act for Mexican television, at the invitation of Ernesto Alonso, who was her friend for decades; that’s how he joined the cast of ‘Trapped‘(1991) with Christian Bach and Hector Bonilla, and later was an excellent villain in the memorable soap opera ‘The owner‘, starring Angelica Rivera, Francisco Gattorno (who did his son) and Cynthia Klitbo.

He also participated in the controversy ‘Alejandra’s secret‘(which was taken off the air for no apparent reason, although it is said that it was because of its strong theme),’Hug me very tight’ and ‘That’s how they are’, a soap opera that was a free version of the film ‘The divorcees club‘. His last appearance in a melodrama was in ‘Pilgrim‘ with Africa Zavala and Eduardo Capetillo, in 2005, the same year that his last film, the black comedy, was released ‘Euthanasia Club‘, in which he appeared with Xavier López ‘Chabelo’, Ofelia Medina and Sergio Corona.

In 2016, Rosita Quintana received a Gold Ariel in recognition of her entire career by the Mexican Academy of Motion Picture Arts and Sciences and since then she had been almost totally withdrawn, devoted to her rest. However, he returned to the news in July 2021, when his granddaughter Nicole Kogan, daughter of his son Sergio, gave an interview for the morning. Today pointing out that the health of the diva it was not optimal at the time and required surgery.

“At this time [Rosita] something is in delicate health, she is hospitalizedWe are waiting for instructions from the doctors to see what will proceed; have a thyroid tumor, then it has become a bit complicated, apart from the advanced age”, Although she pointed out that she had already made her last wish and wished to be buried in the cathedral next to her ex-husband, Sergio, who always supported her and with whom she was united with great affection; with his disappearance a very important chapter of the history of popular culture throughout Spanish-speaking America that remembers her as a great star.

IN VIDEO: Aracely Arámbula could publish a memoir about their common history