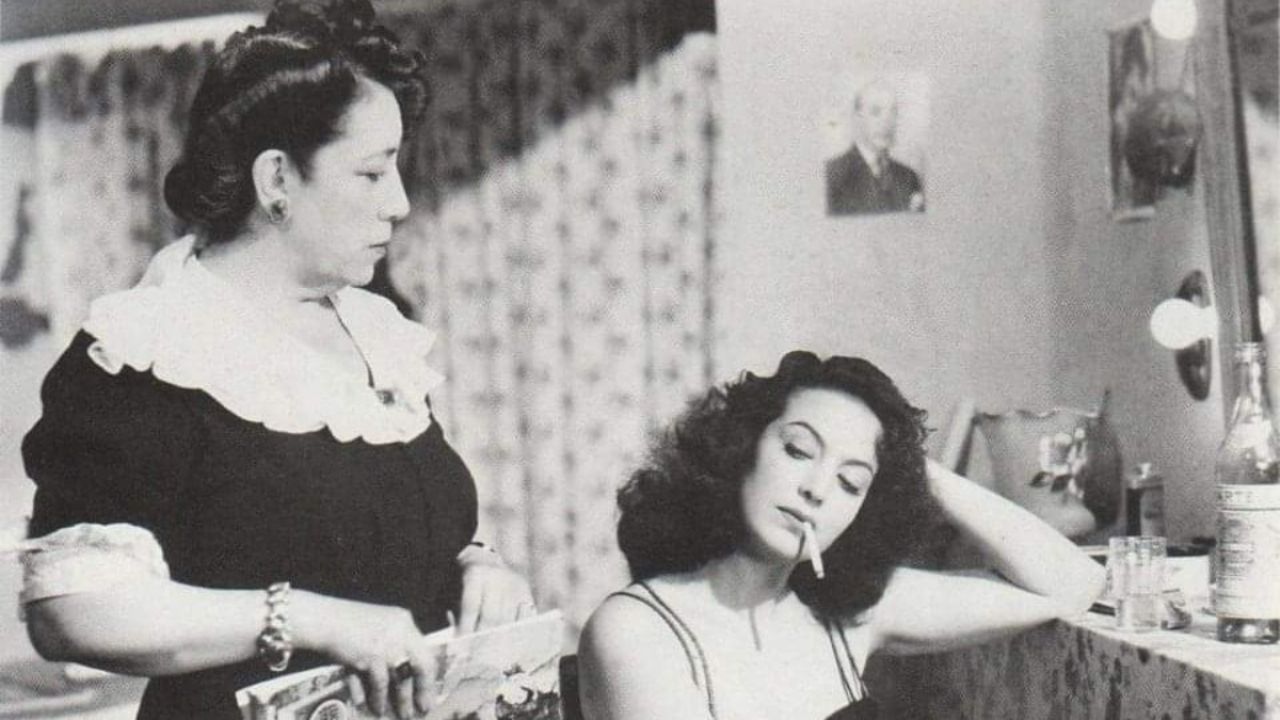 There are many figures of the Golden Cinema that shone with important actors, like this actress, who was recognized as one of the best of the time and recorded hundreds of films, some of these together with Pedro Infante and María Félix, Nevertheless, could never star a movie.

María Blasa Emma Roldán Reyna, full name of the actress known only as Emma Roldán, was born in San Luis Potosí on February 3, 1890. Started his career when she joined the Esperanza theater company as a dancer, which she joined after her divorce.

The parents of the actress owned a hotel located opposite the Teatro de la Paz, where he met one of the artists, Pedro Jesús Ortega, whom she married and had two children, Emma and Pedro. They resided for a time in Monterrey but the constant tours ended with the marriage, and Roldan he returned to his hometown.

Some years later, she joined the Esperanza theater company as a dancer, and on a trip to Cuba she met director Alfredo del Diestro, who became her second husband. After marrying a second time, he resigned from the company where he worked and went to Colombia.

He started his film career outside of Mexico

His first film work was made with the movie “María”, filmed in Colombia in 1922. He also had important participations in Hollywood, where he worked on dozens of films. But finally, he shot “The Anonymous” in 1931, the first film he made in his native country.

His filmography is very extensive, it is said that he recorded more than 200 films, and some historians affirm that there were 300, where he recorded together great stars such as Pedro Infante, Maria Felix, Jorge Negrete, Tito Guízar, Esther Fernández, Fernando Soler, Rosita Quintana, Beatriz Aguirre, Carmelita González, Dolores del Río, and Flor Silvestre.

Between his most remembered films They are: “There in the big ranch”, “Peach blossom”, “I am a charro from Levita”, “Women’s prison”, “The children of María Morales”, “The thousand loves”, “The cockroach”, “Simitrio “and” The passion according to Berenice “; among many others.

Emma Roldán is recognized as one of the most outstanding supporting actresses of the Golden Cinema In Mexico, however, he was never able to star in a movie. Despite never leading a cast, shone with his performances for their great versatility, acting as uneducated, greedy, villainous women, grandmothers of character or “good-natured”.

In addition to her profession, being an actress Roldan She studied costume design in Paris and was in charge of costumes for many films. He also stood out on the small screen in more than 12 soap operas, and it was precisely while recording a melodrama that he ended his days.

While working on the production of “Viviana”, starring Lucía Méndez and where she played Matilde, the actress He could not finish his participation due to the fact that he died during the course of the recordings, on August 29, 1978, a victim of a heart attack.