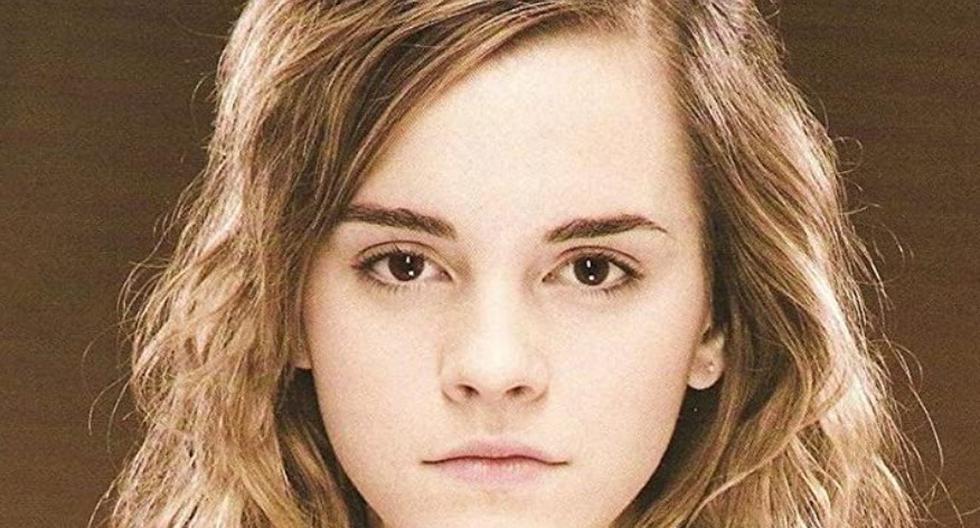 The actress Emma Watson He has participated in different Hollywood movies that have been very successful on the big screen. One of them is “Harry Potter” in whose saga she worked alongside renowned actors such as Daniel Radcliffe and Rupert Grint. His great professionalism helped him obtain significant economic income.

MORE INFORMATION: The awkward moment that Emma Watson lived in “Harry Potter The Goblet of Fire”

The actress and model born in Paris (France) who has conquered the public with her magnificent performances in various films, also stands out for being an activist and defender of women’s rights and to this is added her great passion for books.

In the series of “Harry Potter”, and at the age of 9, Emma Watson played hermione grangerone of the protagonists of the film produced in 2001. Many of her fans remember her for her characteristic phrase that remained as a personal mark: “It’s leviOsa, not levioSA”.

But the actress has also been seen in important productions such as “Reggression”, “Colonia”, “Little women”, “This is the end”, among others. However, what many fans of the artist want to know is how much money she earned during the making of the movies.Harry Potter”.

HOW MUCH MONEY HAS EMMA WATSON EARNED THANKS TO THE “HARRY POTTER” SAGA?

The answer to this question has the portal shewhich indicates that the actress emma Watson has managed to obtain a total of 70 million dollars thanks to the franchise of “Harry Potter”. This profit includes starring in each of the films in the saga, as well as the various public interventions and using her face for merchandising.

The earnings of the actress for each film of “Harry Potter” is unknown, but what the portal confirmed is that Emma Watson earned $4 million for “Harry Potter and the Order of the Phoenix”. Added to this is the 30 million for both “Deathly Hallows” movies.

On the other hand, Elle, assures that it was David heyman who confirmed to The Hollywood Reporter that the actress was more interested in education and struggled more than the rest.

“So every time there was a negotiation, it wasn’t about something financial, it was really about asking yourself ‘do I want to be a part of this’? (…) They had to be especially sensitive to her needs and how important school was to her”Heyman noted.

The aforementioned portal also points out that with the film “Beauty and the Beast”, emma Watson he managed to get 15 million dollars of which his payment for the film would have been 3 million and the rest was for bonuses based on box office. she also reveals that the total net worth of emma Watson is around 85 million dollars.

WHO IS EMMA WATSON?

Emma Charlotte Duerre Watson was born in Paris on April 15, 1990. She is an actress, model and activist known mainly for having played the character of hermione granger in the “Harry Potter” film series.

Watson she was cast as Hermione at the age of nine, having previously only been in school plays.

She starred, along with Daniel Radcliffe and Rupert Grint, in all eight films of the film series and due to her work in the saga she was awarded several prizes.