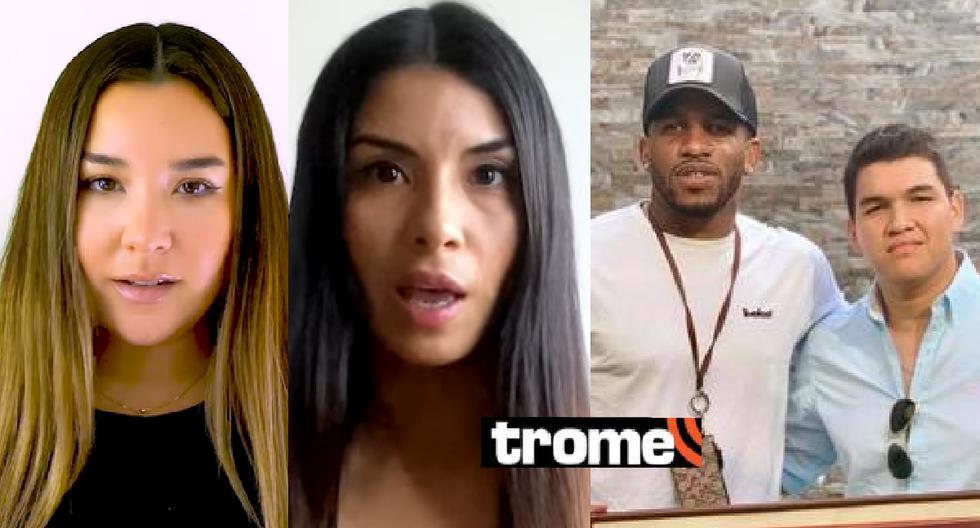 THE COMPLAINTS CONTINUE. The filmmaker Martín Casapía, director of the film ‘La Foquita, the 10th of the street’ made a serious complaint against the New Century Films company for owing one million 800 thousand soles for ticket offices, that is, for income from tickets. Through a video, different actors came together to urge the payment.

READ ALSO: Janet Barboza makes fun of Magaly: “She cried for her husband when Giuliana Rengifo swam in his pool”

Renowned actors such as Stephany Ouebe, Anaí Padilla, Joaquín Escobar and Alessandra Fuller got together in a video to ask Jorge Licetti, owner of the New Century Films company, to complete the payment that is pending.

Under the message “Do not end the Peruvian cinema”, the actors send a strong message to the businessman. “Peruvian cinema has always struggled to grow and finally consolidate ourselves as an industry, however, Jorge Licetti was left with 1,800,000 soles from the box office of our film “, says Stephany with Martín Casapía.

“The money from the box office in the cinemas was collected and Jorge Licetti kept it, additionally Jorge Licetti submitted to the Reactiva program asking for 2 million soles. Now they informed us that a few months after receiving that money he has declared his company bankrupt “, revealed the actors Joaquín Escobar and Anaí Padilla.

The also prominent actor Ramón García spoke out and assured that making films in our country is not an easy task, therefore, he urged the company to pay the box office debt it has.

“A lot of people got involved, we put our dreams, our hopes in that movie. We have all done our duty, except you, Mr. Jorge Licetti, pay! “, he sentenced.

READ ALSO: Amy Gutiérrez: What is the first winner of La Voz Kids in 2014 doing now?

WHAT DOES JEFFERSON FARFÁN THINK ABOUT THE DEBT?

Weeks ago, Martín Casapía offered an interview to Trome and revealed how footballer Jefferson Farfán is doing with this outstanding debt in his film.

Jefferson Farfán is a partner in the movie ‘La Foquita, el 10 de la calle’, what does he say about all this?

That’s right, Jefferson Farfán is a partner in the film and is one of the creditors who is being hit by the alleged Jorge Licetti scam. The relationship with Jefferson has always been good, he has been very patient but has reached a limit and we went out to make this complaint. In addition, this affects and discourages people from wanting to bet on Peruvian cinema, who want to tell their stories as has happened with Jefferson, who opted for our company, and although all this is beyond our responsibility, there is discomfort on their part.

How are you doing, since you have pending payments?

We have great debts with Sunat and many other creditors, who have put the company ‘Lfante Films’ with which we made the film on the brink of bankruptcy. We work and pay the staff during the filming time with the support of the investors, who are now our creditors and have us in a difficult situation.

On the other hand, the legal area of ​​the filmmaker ‘Lfante Movies’ He said that shortly they will take legal action against Jorge Licetti, as he would continue to operate in the same area of ​​film distribution but with another company where he does not appear as a representative, but several of his former employees appear.