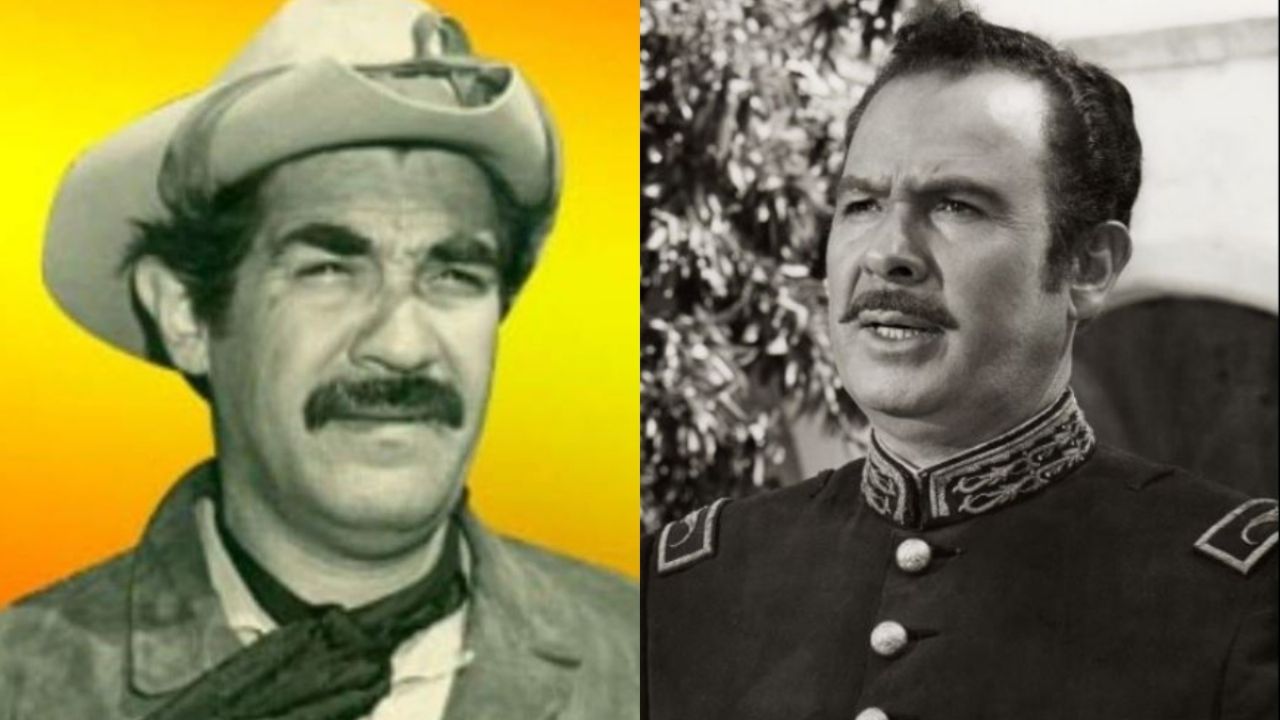 The golden age of mexican cinema contributed many jewels to the national cinematography, thanks to the success of scriptwriters and directors who knew how to exploit the daily life of Mexico from the 1930s to the 1950s, where figures such as María Félix, Dolores del Río, Pedro Armendáriz, Flor Silvestre and Antonio Aguilar, among other stars that are now remembered as icons.

Among them stood out the figure of “El Charro Cantor”, Antonio Aguilar, patriarch of the Los Aguilar dynasty, together with Flor Silvestre they formed one of the families that would give many successes not only in the cinema, but also in music and his success was so great that he consolidated as one of the greatest exponents of that time.

Aguilar shared the scene with other actors, who unfortunately did not reach the fame that he had, such was the case of Eleazar Garcia, better known as “El Chelelo”, with whom he starred in more than ten films; This actor was originally from Zacatecas and was one of the main comedians of the northern cinema.

He began his career in the artistic world with puppet shows in the backyard of his house, for which he charged a penny to enter, since then he joined the theater caravans where he toured various cities singing corridos. He came to the cinema and managed to place himself as one of the highest grossing figures, thanks to his simplicity and formidable performances in: Black Wind (1964), where he obtained a Silver Goddess and The Scapular (1968), in this suspense film, he would do the role of Juan, a mute. The Laredo Jail received an award at the International Film Festival in Russia. The northern actor and comedian participated in more than two hundred films.

In his role as a singer, recorded almost a dozen records, Some on CBS, among the genres he addressed, stand out the border runs, he is the author of La Aduana de Mier, a topic that emerged in the 1930s, where he mentioned the corruption of customs.

This was life and the sad end of “El Chelelo”

He traded acting for politics

After passing through the cinema, he decided in the 90s to dabble in film and held the position of Federal Deputy in the Congress of the Union. He told his peers that one of his secrets was meditation, and he claimed that he was able to levitate.

Although he ventured into politics, he did not leave his comic character and acting was part of his life until his last days; while on an artistic tour of the northern United States, the actor suffered a stroke and as a consequence of that unfortunate disease, passed away on August 24, 1999, remaining in the memory of many for his successes in national cinema.

These are your best movies

This is how Pedro Infante introduced Piporro on the radio; rescue moving audio

Actor of the Cine de Oro I cannot triumph because of the shadow of Antonio Aguilar, he changed the cinema for politics