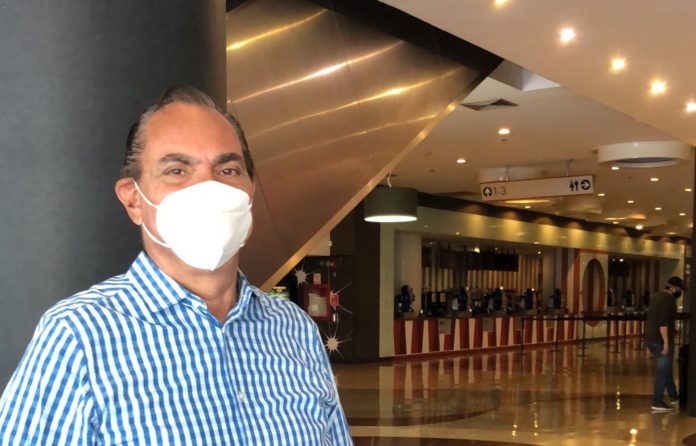 Abdel Güerere, president of the Venezuelan Association of Film Exhibitors, passed away this Sunday, July 24, as confirmed by the film director Juan Carlos Losada.

“It is with great pain and sorrow that I register the death of our dear and dear friend Abdel Güerere Jorge, extraordinary cultural manager, president of the Venezuelan Association of Film Exhibitors, economist, researcher, former president of the CNAC. RIP », the filmmaker wrote on his Twitter account.

In the publication, he recalled part of Güerere’s contributions to Venezuelan cinema. «When the Film Law was approved and the CNAC was created almost 30 years ago, it was Abdel its first general manager, its craftsman, its strategy, who gave it structure and selected the team of professionals that constituted it».

Data of the work of Abdel Güerere

He also stressed that “his innate organizational qualities, his acute knowledge of the audiovisual world, his jovial and cheerful people skills and his intellectual breadth then endowed that nascent CNAC with a driver who, like a good family man, amalgamated the community of the national cinema«.

Another of his contributions was his participation in the creation in 1995 of the Conference of Film Authorities of Ibero-America (CACI). In this entity he served as executive secretary and for whose impulse the Ibermedia Program was born in Margarita in 1997.

«After finishing his cycle at the CNAC in 1998, Güerere made a brilliant career as General Director of the CMT Channel and later at AVEP», he added.

In the final part of the message, he described him as a diligent and investigative man, who also carried out a relevant study on the telenovela as an export product of the Venezuelan entertainment industry.

«He was interested in delving into our sentimental, gustatory, culinary roots. A gentleman of good humor and joy,” said the film director.

With great pain and anguish I register the death of our endearing and dear friend Abdel Güerere Jorge, extraordinary cultural manager; president of the Venezuelan Association of Film Exhibitors, Economist, Researcher, former president of the CNAC. RIP. pic.twitter.com/fqa2tagjxc

Abdel Güerere, president of the Venezuelan Association of Film Exhibitors, passed away