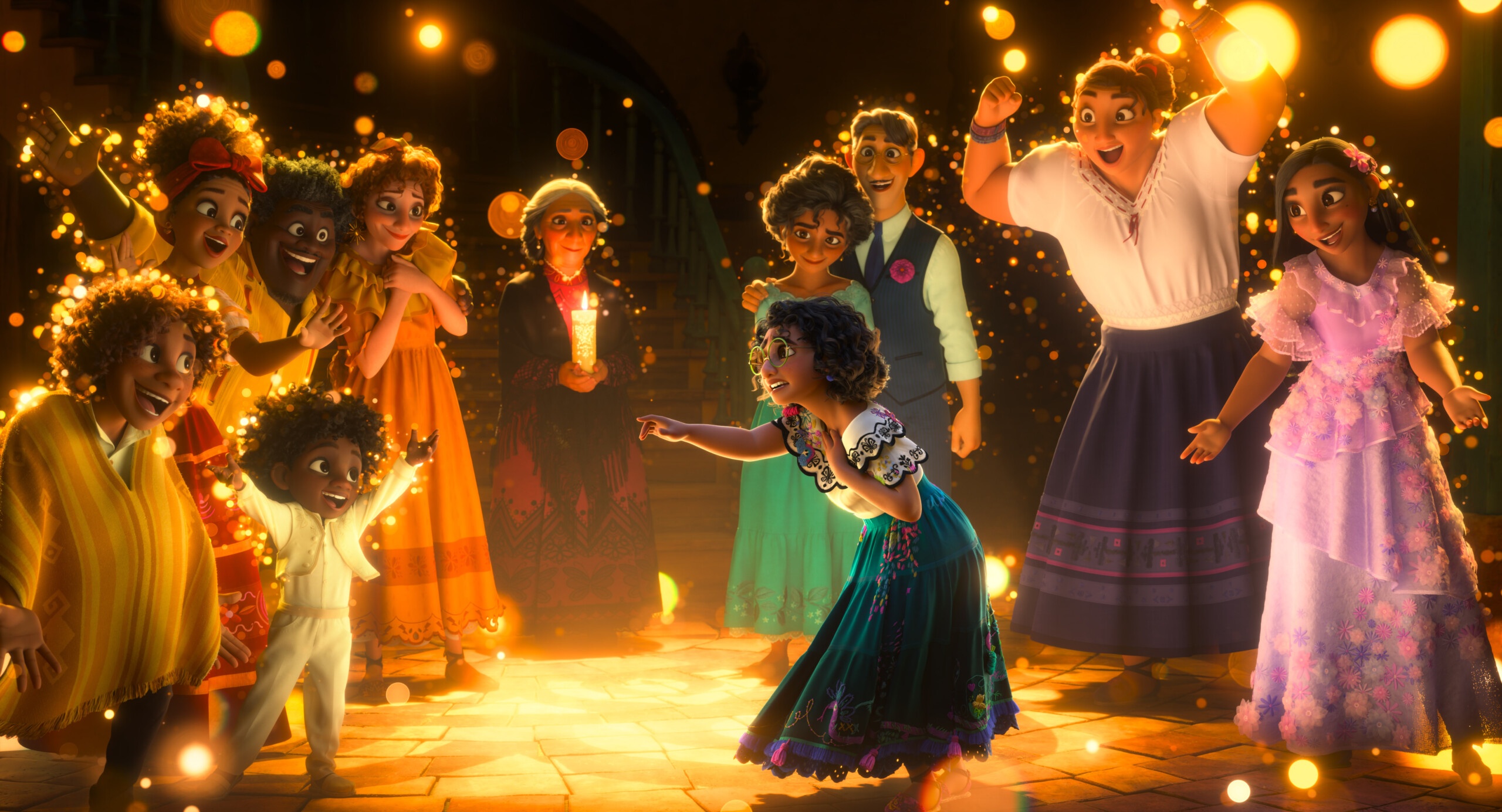 Charm, the new Colombia-inspired Disney movie about the Madrigal family, was a very special and personal project for Venezuelan entertainer Jorge Ruíz Cano. A native of Maracay, the son of a Venezuelan and a Colombian, the 38-year-old animation expert took on the challenge of bringing the characters of the love and make magic happen.

Since coming to Disney more than nine years ago, he has faced many challenges, but none like this. Following the film’s world premiere on November 24, Ruíz Cano is proud of the result accomplished. Charm it is available in theaters of the country.

Disney’s main inspiration for the development of Charm it was Colombian culture and magical realism. The film tells the story of the Madrigal family, who live in a “Casita” in the mountains of Colombia, surrounded and blessed by magic. Thanks to its characteristic charm, the house gives magical gifts to family members to help the villagers of the town. When the time comes, all members receive a gift; all but one, Mirabel.

The fifteen-year-old must face the conflict of being normal in an exceptional family, where seeing the future, controlling the weather, changing shape or talking to animals are common skills. However, everything changes for the Madrigal when the charm that protects the “Little House” is in danger. It is then that Mirabel decides to find a way to save magic and her family, in an attempt to also understand her place in the world and her mission.

With a beautiful soundtrack, composed by Lin-Manuel Miranda and Germaine Franco, Disney took care of all the details in Charm. Even its directors, Byron Howard and Jared Bush, in the company of several members of the company traveled to different areas of Colombia, such as Bogotá, Cartagena, Santander or Quindío to carry out an exhaustive research work on their culture. An effort in which the Venezuelan animator Jorge Ruíz Cano participated.

Bringing each member of the Madrigal family to life and moving according to their personality and abilities was no easy job. Ruíz Cano comments that there were more than 100 entertainers working, remotely because of the pandemic, to achieve it.

In CharmFurthermore, he had the privilege and fortune of being part of the research project carried out to produce the film for three years. “I could make arepas with Byron Howard and Jared Bush, directors of the tape. They were curious, they smelled the dough, they asked where it came from. That gives us an idea of ​​where this story was formed from, ”he says.

He also had the opportunity to access the scripts, which he translated to get an idea of ​​how the characters felt. «In the project I was part of what we call Family Group, we were the guardians of the culture, so to speak. We shared all of our experiences. It is a film inspired by our people, by us. It was a privilege for me to participate, ”he says.

Charm symbolized a great challenge for both Ruíz Cano and the rest of the team since they had to do everything remotely. «We are quite specific with the characters and in the family there is a lot of diversity. All are inspired by different places, one is more coastal, others are more from Bogotá and, therefore, they look and feel different. The challenge was quite big, each one moves differently », he explains.

The expert, tocurrent animation and storytelling teacher from the California Institute of the Arts, points out that in the dance scenes they had to make each character move differently. “Each one, due to their abilities and their personality, has a different tumbao. We had to know the characters, know where they come from and where they go mentally to achieve it, “he reveals.

And he adds: «It was a challenge and I had a lot of pressure, but I very much celebrate the result of this movie based on us. This project was very personal for me. I had the privilege of being familiar with the history and culture of the film.

The challenge of working for Disney

Charm It is not the first Disney film in which Jorge Ruíz Cano works making his characters come to life. Graduated from the Art Institute of Fort Lauderdale and the Academy of Art University, from a very young age he had an interest in animation, sculpture and acting. He immigrated to the United States when he was 16 years old with the dream of working as an animator at Disney. Finally, in 2012, he succeeded: he became an animation assistant on the film. Frozen, winner of the Oscar for Best Animated Film.

From there he worked on various recognized tapes of the House of the Mouse as Big Heroes, Zootopia, Moana, Raya and the last dragon Y Ralph the devastating. In addition, he worked in other recognized companies such as Industrial Luz & Magic, Blue Sky Studios, Electronic Arts, TellTale, Activision and Pixar.

«Work for Disney always symbolizes a challenge. I am advancing as an artist and entertainer and the challenge always changes. Sometimes the challenge is how complex it is to achieve it or the challenge was how special my first project was when I arrived; or when I was in the middle of doing live animation that I was getting familiar with everything. They are different creative projects and deserts, but let’s see what happens now. We will see what my next big challenge is, “he concludes.

A Venezuelan made magic come to life in Encanto, the Disney movie