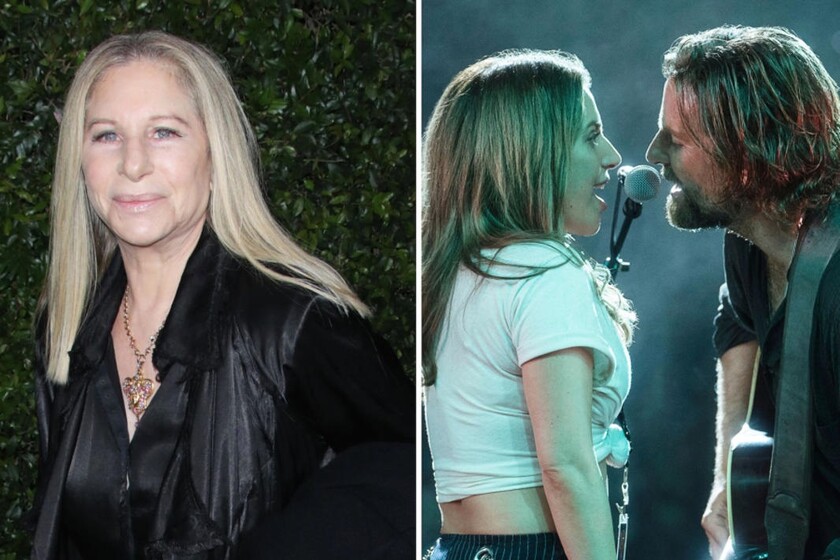 ‘A star has been born’ it was one of the most popular movies of 2018, achieving a worldwide gross of 436 million dollars compared to a cost of only 36. In addition, she was a candidate for eight Oscars, taking home the award for best song. None of that seems to impress Barbra Streisand, protagonist of the film adaptation of the same story released in 1976.

At the time of its premiere, Bradley Cooper, director and male protagonist of that new ‘A star is born’, stated that Streisand had given them his blessing, but now the famous actress, director and singer has given a different version of history in her time on the Australian program ‘The Sunday Project ‘:

At first when I heard it was going to be done again, it was supposed to be Will Smith and Beyoncé, and I thought that would be interesting. To make it really different again, another kind of music, integrated actors, I thought it was a great idea. So I was surprised when I saw how much it resembled the version I did in 1976.

Let us remember that in 2011 negotiations were announced with Clint Eastwood to direct the film with Beyoncé in the title role, but the project did not finish moving forward. It was years later that Cooper’s arrival reactivated it and Lady Gaga he joined it just a few months later. It was then that the approach was finally decided that so little convinced Streisand.

In fact, the famous actress and singer did not shy away from saying that “i thought it was a bad idea“, and that despite being aware that he cannot discuss the success of the film directed by Cooper himself:”I don’t care so much about success as originality“. Also keep an eye on the fact that ‘A star is born’ already had two film versions prior to Streisand’s, but it is true that there are many more differences with them than with the most recent adaptation …