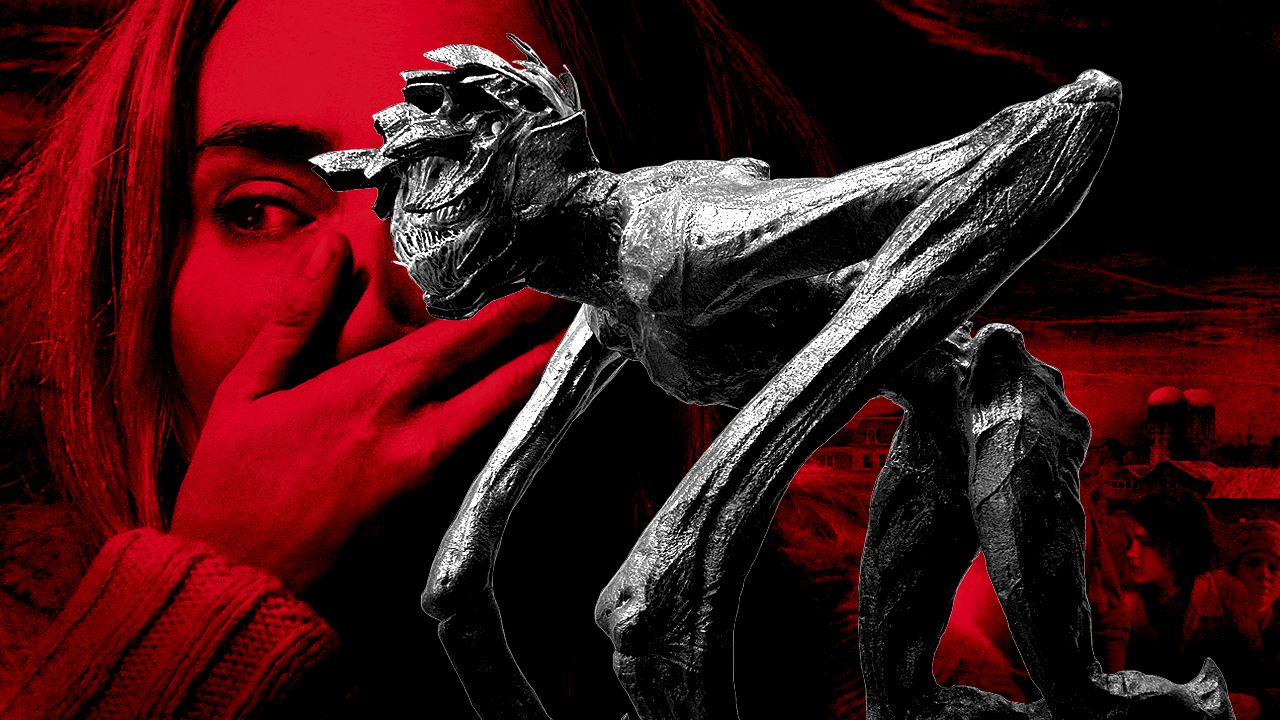 The monsters of ‘A Quiet Place 2’ seem to have evolved rapidly, adapting to the inclemency of the planet, keeping this in mind, what would have to happen for them to exist in real life?

We are sure that after watching a horror thriller movie with fierce wholesale human-eating creatures, one of the first questions that crosses your mind is the following: Could monsters really exist on Earth? A thought worthy of every movie buff. Now let’s up the ante: can you imagine the terrifying antagonists in A Quiet Place 2 were real?

Of course, the story written and directed by John Krasinski (A Silent Place) takes the concept of fiction to the extreme, however, We must assure you that many of their approaches were taken from the animal kingdom, so, in theory, if a series of really specific and strange factors occurred, we could have creatures similar to these monsters, but let’s not get ahead of the facts, that’s why the Dr. John Anderson, professor of ecology and animal behavior at the College of the Atlantic in Bar Harbor, Maine sat down to discuss this world of possibilities with Fandom and these were his amazing contributions.

One of the main characteristics of these strange beings that threaten Evelyn (Emily Blunt), Regan (Millicent Simmonds) and Marcus (Noah Jupe) every second, is their impenetrable skin, it seems that they are wearing kevlar All over your body, What does the biology expert think of this quality? Could a creature with this quality really exist and still be a supreme devourer?

“It suggests that they have an extremely large cuticle, which raises a lot of questions about temperature regulation. And they are very fast creatures, right? Armored creatures that we know tend to be very slow. Natural selection tends to follow certain branches within lineages, so if you go the armored branch you don’t go beyond the speed lineage. There’s a reason we say things are as slow as a turtle or as fast as a jaguar. “

‘A silent place 2’: Cinépolis announces the preview and has already started ticket sales

This is the first strike and boy that is a relief for our reality, but let’s continue. Another of the great characteristics that differentiated these monsters so much and in part, the detail that made the first installment so successful, is due to their blindness, which is why humans must sneak around. Under the same questions that may or may not ensure its existence on Earth, Is it possible to have this look and not lose your lofty ability to murder?

“Well, the most likely explanation for the loss of vision would be if said species had evolved in a completely dark environment, like a cave,” mentioned the specialist in animal behavior, ensuring that bats are the most similar species in this area, but still found some problems.

The thing about bats is that they reproduce incredibly slow. It was quite ridiculous that there were so many creatures. The question is: how is that conceived?

The most shocking scenes in A place in silence are those that demonstrate the supreme speed of monsters thanks to their improved hearing, this point is perhaps the most solid and known in the animal kingdom, although it goes hand in hand with the previous characteristic, Dr. John Anderson mentioned a real way, scientifically speaking, to combat these creatures.

One of the problems we face when we think about the conservation of bats is environmental noise pollution. Humans are brilliant creating noise, both in the air and in the water.

“We are increasingly concerned about the effect it has on creatures that can hunt by sound. Bats use very, very high frequencies to locate their prey, but that means they do so at very close range. A place in silence they were using the same techniques, they would have to be close enough to their prey to be able to identify it. The problem with high frequencies is that it doesn’t cope very well in cluttered environments. I would have to have low frequency for that. “

This reflection led the animal specialist to share the following tip (take out the notebook that you plan to take to the end of the world): “Put it this way. If I faced this creature, I would not be walking on tiptoe. I’d head straight to my local physics lab and grab their white noise generator. Then I’d hook it up to my amps and speakers and get it going right away. “

You will surely find a frequency that will completely shut down your system. I’ve seen bats do it. They go crazy.

This is how a specialist in biology and animal behavior has practically solved the basic approach that every movie buff has while watching the credits of A place in silence: Could the monsters in the movie really exist on Earth? Luckily and from a scientific perspective, it is extremely unlikely; Nature has been in charge of maintaining an evolutionary balance and, although there are mutations, human beings could detect such a ferocious predator in a short time, especially in these times with so many modes of communication.