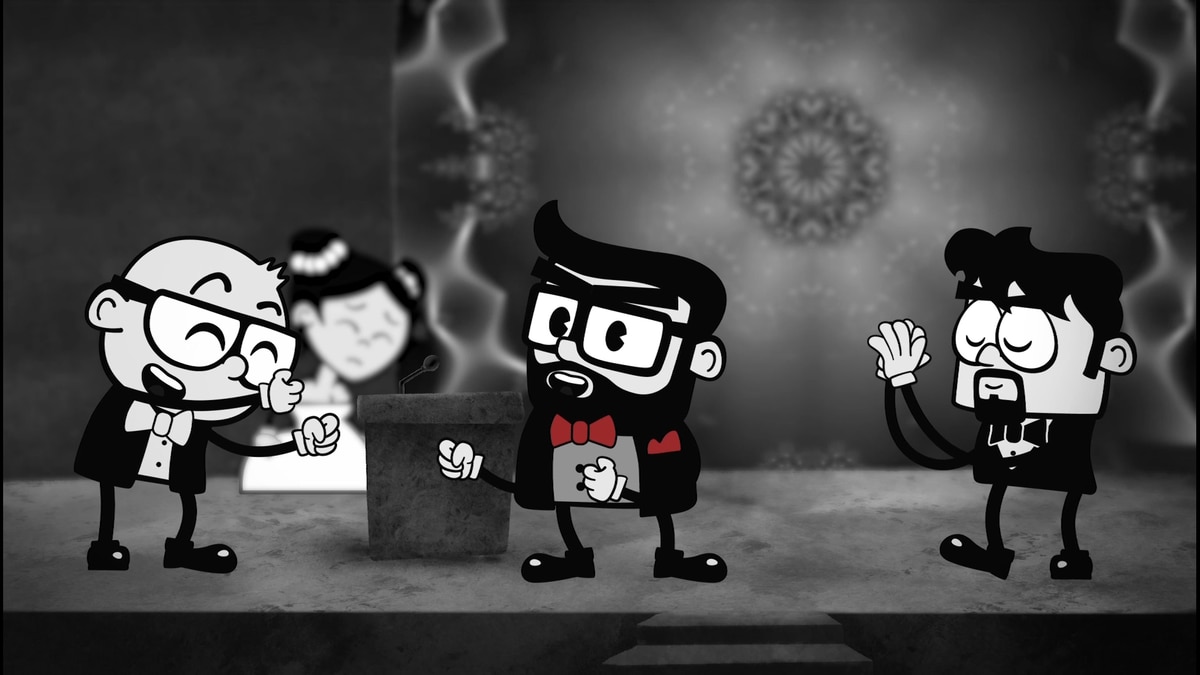 On March 6, David Galán Galindo (Ávila, 39 years old) was watching at his home the Goya ceremony when he heard that La gallina Turuleca had won the Goya for best animated feature film without any rival: she was the only candidate. And Galán Galindo called two friends, Esaú Dharma (Jaén, 41 years old) and Pablo Vara (Gijón, 37 years old), with a crazy proposal: to run an animated film with which to win the Goya 2022. And, incidentally, get the industry to remember them.

Thus was born Automatic up, that has half achieved its objective: when next Monday, November 29, the Film Academy announces the nominations for the awards, yes or yes it will be Automatic up, because only four films have been classified in the animation length section and, therefore, they will become the four finalists. It will not be an automatic winner, but it will be at the gala. “Actually,” says Galán Galindo in a video call with his two companions, “it is a canonical animated film, which seems like a joke. The trompe l’oeil is that you think you are seeing a great punkada, when there is a dash with its pivot points. It is true that we play transgression and approach the limit ”.

From the title, the trio laughs at themselves and everyone. It is Mountain because the Academy advised them that they could not use the term “Goya”, registered by the institution (although they did give them permission to remove the statuette); it is automatic “Because in recent years many Basque films have won the award.” The film complies with the four mandatory rules for the competition: that it lasts more than one hour, that there is at least 75% animation, that it opens in commercial theaters for a week – this will take place on December 17 – and that it receives Spanish nationality on behalf of ICAA, the film institute that regulates the sector from the Ministry of Culture.

After ten minutes of footage in which the three filmmakers appear in drawing format telling the surprise of La gallina Turuleca (It had been the only film that had entered the preselection of the Spanish Academy of Cinema Awards, and consequently the only candidate, so its creators had the speech already written), they begin their adventures in a double direction: by a side wonder that they arrive at the ceremony and face a powerful rival, Super champions, parody of Champions, by Javier Fesser, although with a director and in animation; on the other, they play with shortcuts (a clock times each time they appear in the flesh so as not to exceed the percentage), formats, speeds, and ask for free help to fill in minutes of animation, while revealing to the viewer secrets of the industry and of the awards: as the puppets are not considered animation. By the way, the automatic Goya only happened last year during this XXI century, but in the XX it happened four times and there were editions in which the pigheaded long animation. “A shame, because the animation industry in Spain is full of talent,” recalls Dharma.

There is a certain trap about the painful current jobs of directors, to which is added that they are not unknown either: Galán Galindo premiered last year on Netflix Secret origins, with Javier Rey, Brays Efe and Verónica Echegui, after the pandemic fell on his planned premiere in theaters, and with it he obtained three nominations for the Goya; Galán and Vara had coincided in the collective film In the end everyone dies (2013) and Galindo and Dharma collaborated on another feature, Pixel Theory (2013). “We had been with the idea for some time, but that day of the Goya we started,” says Galán. “And we have finished it in less than a year. Actually, we have not been alone: ​​there are 11 animators and 26 actors. Everyone was very involved because they had to work very hard. Even for our type of animation we have done it in very crazy times ”. Dharma notes: “When the two of them asked me if we would be able to do it, I thought no and said yes. I couldn’t go back: it was now or never. “

Will the audience understand the joke? “We have risked everything to one card, to be fun,” reflects Galán. “I think the public if they laugh, forgive you.” Dharma explains: “At first, we were scared if the viewer was going to be with us or against us, and once we got the badass tone, we moved with the people in our favor.” And Vara points out: “Our intention was not to make a trolling, but in the end there would be a story of cinema within cinema.” In the air there is the memory of You are my movie, the documentary about the great trolling of the youtuber Wismichu at the 2018 Sitges festival, in which a film was programmed, Snack, 65 minutes of a sequence shown in a false loop, since in each repetition there was a small variation. “It doesn’t go that way,” says Dharma. “Of course, we have also done it outside the system, without TVs or platforms. We handled a series of tricks that we knew would help us buy time ”. And from friends: Raúl Pérez, the imitator, gives voice to Antonio Banderas; Frank T he has composed the rap for the film; Fesser has applauded the taunt to Champions [Fesser, Galán Galindo y Vara coincidieron en Al final todos mueren]; the producer Enrique López Lavigne and the Javis, Javier Ambrossi and Javier Calvo, gave their image …

Of course, there is a criticism of the system “made from self-parody,” points out the trio. And they regret that the great favorite, D’Artacán and the three muskedogs, It has been eliminated because the ICAA, considering its production, has not classified it as Spanish. “With her we would not have qualified automatically by adding five shortlisted, but we could have entered. The nice thing was to compete face to face ”, they explain. “We have made the film with the least budget of this Goya gala [aunque no lo concretan], and probably the whole history of the awards ”, says Galán. “However, we have arrived. To the limit, but here we are ”.

A parody on the Goya to win the Goya