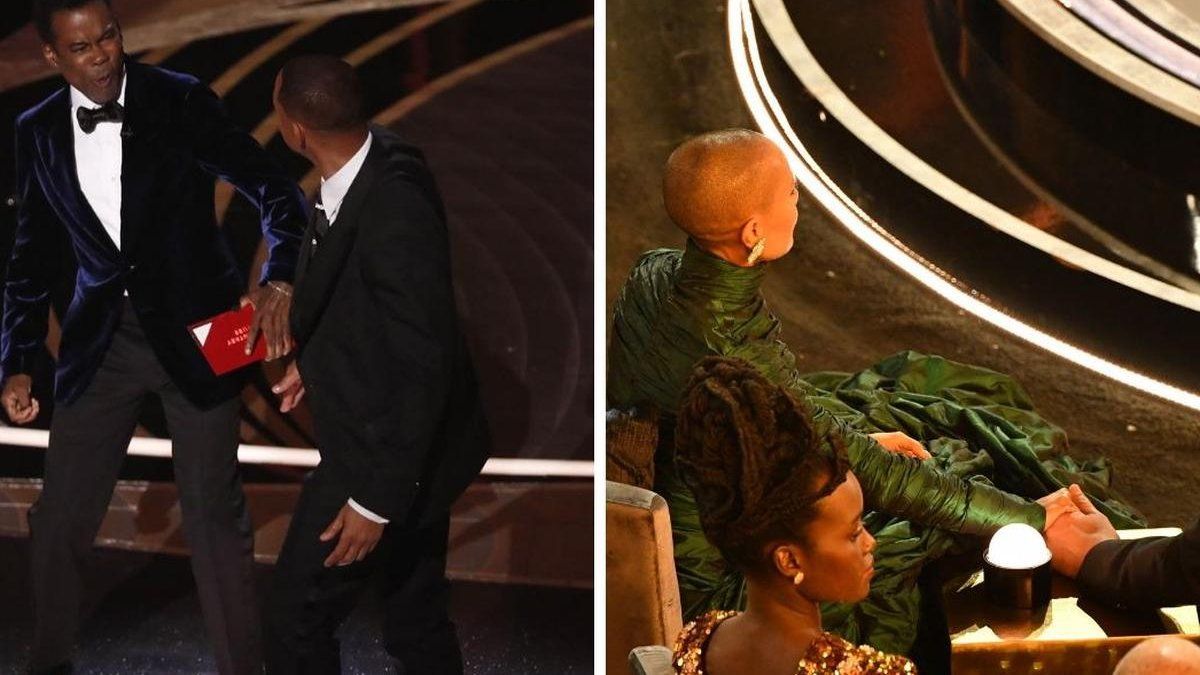 The video, which starts when Will Smith returns to his seat after knocking Chris Rock, is recorded from a few seats behind the couple. You can see the reaction of Jada Pinkett Smith after the hit. When the freshly beaten comedian says “Will Smith just beat the crap out of me,” the actress leans forward in what looks like a laugh. Meanwhile, Smith starts yelling at Rock, demanding that he not mention his wife’s name “with her fucking mouth.”

After that, Rock makes another comment that generates the uncomfortable laughter of those present, and Jada herself seems to laugh at the subject again.

Although the video has gone viral through TikTok, it has also reached other social networks such as Twitter or Instagram. In the latter he has been the actor Michael Rapport who has shared it. In the video’s automated voiceover, the caption reads “This is an angle most people haven’t seen. Check out Jada’s reaction.”

They now claim that the Academy did not formally ask Smith to leave the ceremony.

The Academy of Motion Picture Arts and Sciences He stated that he asked Will Smith to leave Sunday’s Oscars ceremony after he punched Rock. However, sources close to the situation are refuting that the actor was ever formally urged to leave the show, says the portal Variety. It appears that in the chaos surrounding the altercation, the Academy and the show’s producer sent a mixed message about whether Smith should be kicked out of the event.

In an update on pending disciplinary action against Smith on Wednesday, the organization said Smith “refused” to leave the Dolby Theater. He then won the best actor award for his performance in “King Richard” later that night.

That description of events does not sit well with some people with knowledge of the tense minutes that followed the coup. They claim that some members of the Academy expressed that they wanted to remove Smith, but also say that no formal or explicit request was ever made. Another person familiar with the Academy said Smith was asked to leave by an on-site representative. That call was made by Academy President David Rubin and CEO Dawn Hudson, who, according to a source, asked Smith to leave the show rather than remain in the auditorium for the rest of the broadcast.