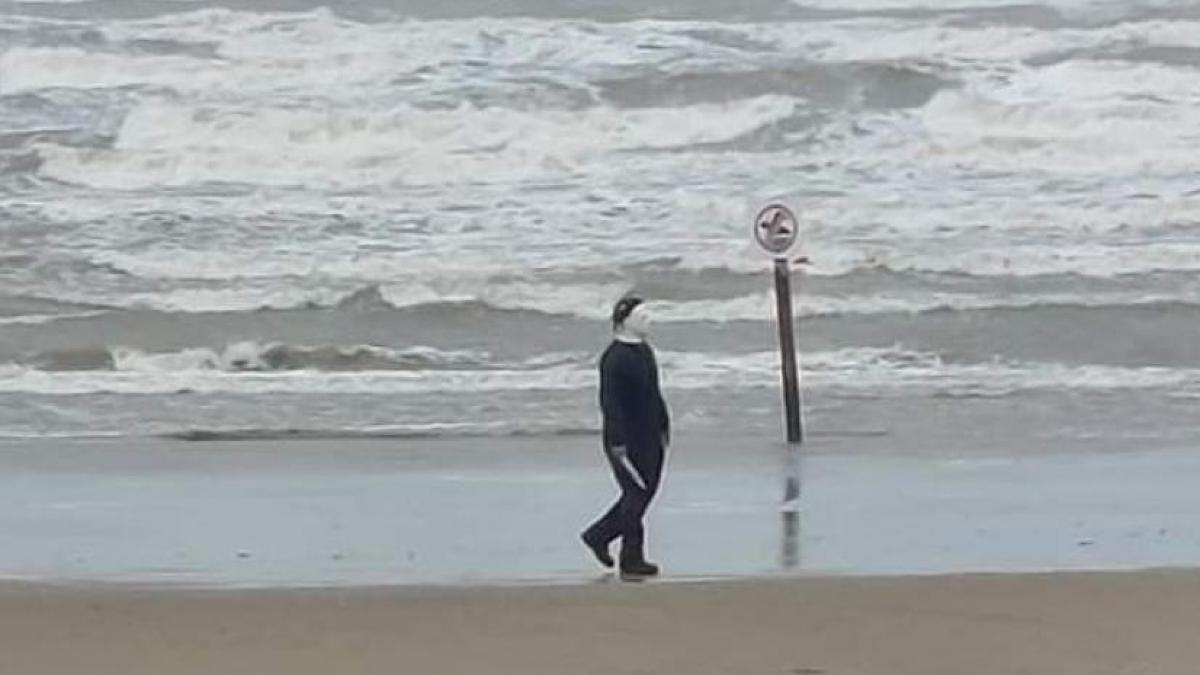 The Halloween night 1978 is a horror movie classic with millions of fans around the world. That is why, now, at the gates of the premiere of the new film of the horror franchise of this story that has Michael Myers As the main character, fans are excited to count down the days to see her.

This has been the case of Mark Metzger, a Texas lawyer fanatic of the horror genre who is looking forward to the premiere of Halloween Kills. Of course, in a very peculiar way: walking along the beach dressed as the main character of the film, Michael Myers.

As if the blue jumpsuit and the white mask that characterizes the character were not enough, the lawyer also carried a bloody plastic knife, with which he walked along the beach imitating the sinister character.

The unusual and terrifying scene did not go unnoticed by anyone. Although most passers-by who passed through the area took it as a joke to others, they were not amused, to such an extent that some called the police to arrest the Michael Myers who was wandering on the beach.

Police were quick to arrive and detained the lawyer for disorderly conduct: “It felt like a Scooby-Doo scene after I was handcuffed and my mask removed, like, ‘I would have gotten away with it if it weren’t for those nosy brats, “confesses Metzger in the local media.

Meanwhile, other people walking around the area took the incident for what it really was, a joke. Many stopped to take photos with the character and even the beach patrol put the theme music for the film Halloween.

Finally, everything was a joke. The agents released the lawyer who only wanted to have fun for a while and assures that: “If I had to do it all over again, I would definitely do it.”