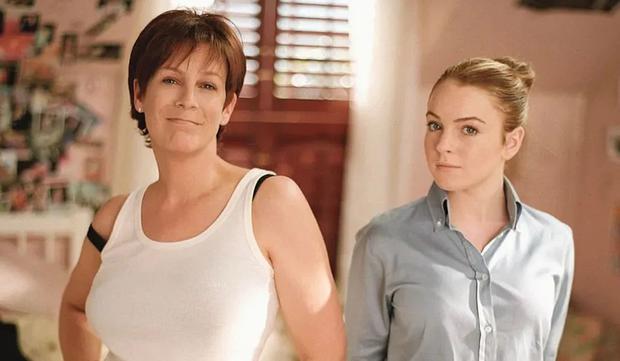 Can you imagine that “A crazy Friday” (“Freaky Friday”, in English) returns after almost two decades? Yes, just as you read it, the movie which starred Jamie Lee Curtis and Lindsay Lohan, in 2003, could have a second part to the delight of the public. Although everyone who saw this film is jumping with excitement for a possible sequel, the actress who gave life to the teenager Anna spoke about it.

Next, we tell you everything he said 36 year old American celebrityas well as the pronouncement, also on the subject, of the actress who brought Tess to life.

It should be noted that this comedy is the third Disney adaptation and was based on the book of the same name by Mary Rodgers, but compared to its predecessors, it achieved resounding success.

THE WORD OF LINDSAY LOHAN ON “A CRAZY FRIDAY 2″

As expected, Lindsay Lohan was in favor of “Crazy Friday 2”, so it is expected to be approved, if in case it is in Disney’s plans. Although the decision has not yet been made, he revealed that he discussed the subject with his mother in that fiction.

“We talked about it, yes. Take the fact that I was on set filming at the time, when all of a sudden Jamie Lee Curtis writes, I was immediately excited and distracted, but I had to land and say to myself, ‘I’m on set, I have to focus.’ But when she told me ‘Freaky Friday 2′, I got more excited”counted in The Tonight Show Starring Jimmy Fallon.

When asked directly if she would like to work for the sequel again, she did not hesitate: “We would both like”.

It was in October of this 2022 that Jaime Lee Curtis spoke about the possibility of a second part of “Crazy Friday”, noting that he had written to Disney proposal.

Likewise, she revealed that her daughter maintains a great relationship in fiction, since they talk often and she knows what project she is in or how she is doing.

WHAT IS “A CRAZY FRIDAY” ABOUT?

“Crazy Friday” focuses on a mother and her teenage daughter, who claims that no one understands her, she even believes that her mother’s life is very easy. All this will change when a spell is produced through some fortune cookies, which causes the exchange of their bodies, so they must spend an indefinite time in the body of the other trying to deal with the problems of who the others think they are. are.

“A Crazy Friday”, will it have a second part? This Lindsay Lohan said