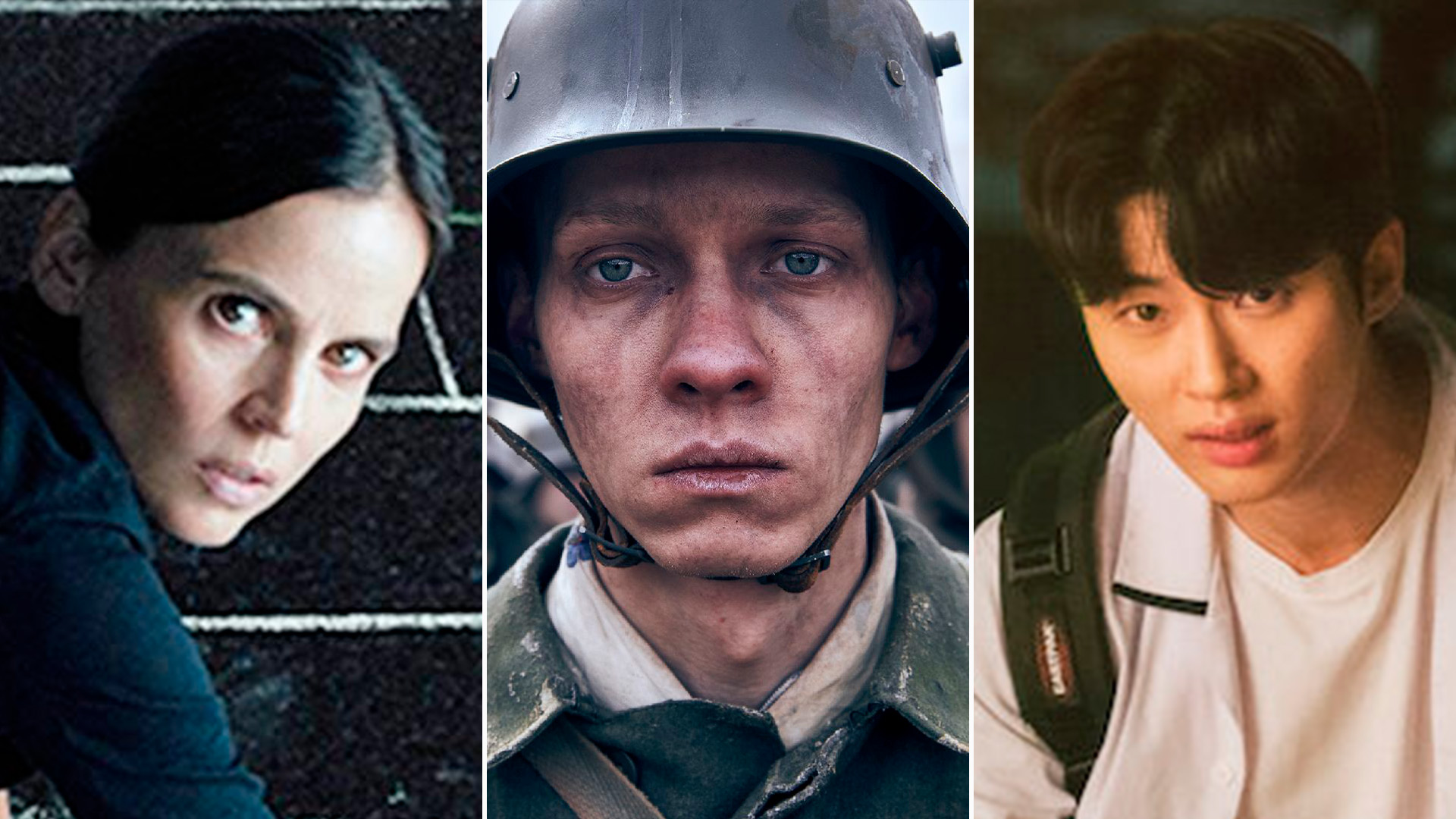 “All Quiet on the Front”, “The Cage” and “A Girl of the 20th Century” are three of the most popular productions in the Top 10 on Netflix.

The streaming giant updated the titles of the most popular feature films on its platform. In this section we update you on the films that are positioned as the first in their top 10 Among them are a German, a Spanish and a Korean, and other Americans who maintain various names.

Currently, it is the fourth most watched movie worldwide on Netflix and you cannot miss it

Action and war drama set in 1917 Germany. The story centers on a young man named Paul Baumer, who lies about his age in order to enlist with his friends, all of whom are young patriots. However, the reality of the war almost immediately dismantles his exuberance. Witnessing death and mutilation, heroism gives way to the horrors and tragedies of war. German production that premiered on October 28, 2022. No. 1 in the Top 10 with 31.5 million hours viewed.

In 1917 Germany, Paul Baumer lies about his age so he can enlist with his friends in World War I.

What to watch tonight on Netflix

Series, movies and documentaries, there are many options that you can enjoy and below we recommend the most popular

Drama thriller that follows Paula and her husband, who drive back from a dinner one night and suddenly come across a girl wandering alone on the road. Two weeks later, after learning that no one claims her, they decide to take her in her house temporarily and thus also turn her life as a couple around. But the situation will not be easy, since the girl lives obsessed with the fantasy of a monster that will punish her if she leaves a square of chalk painted on the ground. After the strong bond that both create, Paula will begin a journey through dark paths to try to discover the enigma of the girl’s past. Spanish film that premiered on October 24, 2022. No. 2 in the Top 10 with 17.36 million hours viewed.

Paula and her husband are driving back from a dinner and suddenly they run into a girl wandering alone on the road.

A girl of the 20th century

Romantic drama set in 1999, where a bright, positive, and intelligent 17-year-old girl named Bo Ra is tasked with supervising a schoolmate on behalf of her best friend. However, Bo Ra finds herself involved in her first love affair. This is a story that is making many Netflix fans cry. South Korean film that premiered on October 21, 2022. No. 3 in the Top 10 with 15.9 million hours viewed.

In 1999, a teenager investigates the life of a classmate, with whom her best friend has a crush. But then she gets caught up in her own love story.

The angel of Death

Thriller based on true events that tells the story of Charles Cullen, one of the most fearsome serial killers in the United States. It is estimated that he killed at least 300 patients during his 16 years as a nurse, earning him the nickname “The Angel of Death.” He carried out his crimes in different hospitals in New Jersey and Pennsylvania, while practicing his profession and showing himself to be a great family man. It premiered on October 26, 2022. No. 1 in the weekly ranking with 68.31 million hours viewed.

An ICU nurse leans on her new partner, both at work and at home, until the unexpected death of a patient puts him on the spot.

The school of good and evil

Fantasy film that tells that every four years two children disappear from a town. In this regard, the legend says that they are sent to two twin schools, one of good and the other of evil. For this occasion it happened with two very different friends who are kidnapped, where in the end an antagonism originates and grows between them. Based on the bestseller by Soman Chainani and directed by Paul Feig, who has been behind productions such as Sabrina the Teenage Witch. It premiered on October 19, 2022. No. 2 in the ranking with 41.95 million hours viewed.

“The School of Good and Evil” is based on the bestseller by Soman Chainani. Written and directed by Paul Feig. (Netflix)

Police thriller taken from a true story. Follows the investigation into the kidnapping and murder case of a 13-year-old Australian boy who disappeared from a bus stop in 2003. The story focuses on how a police officer worked undercover to get a guilty plea. No. 3 in the ranking with 9.17 million hours viewed.

A small circle of experienced undercover cops must pose as a vast and influential criminal network to catch a killer.

The incredible story of the bodybuilder who killed her husband in the Netflix documentary series
“The Crown”: what time does season 5 premiere on Netflix
“wakanda forever” is a sequel about loss and moving on full of action and some obvious resources