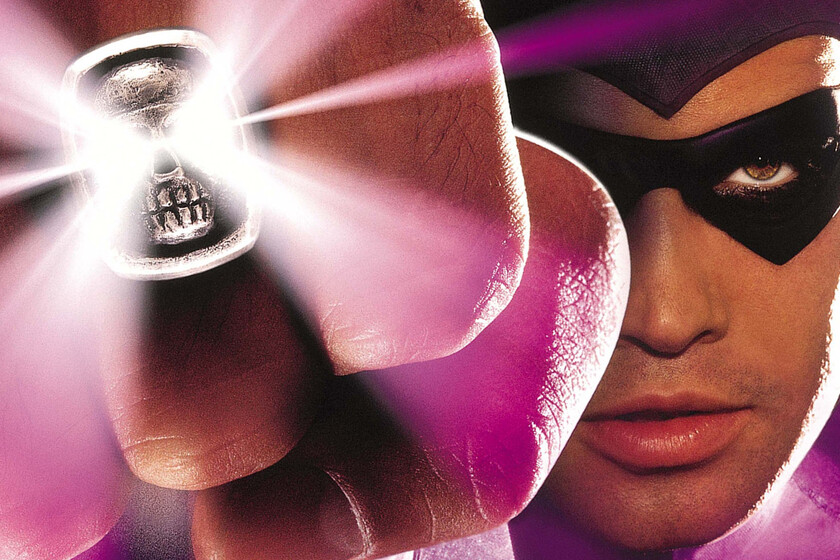 Although adaptations of such classic characters as’Dick Tracy‘ O ‘The shadow‘They never fully worked or hooked viewers unfamiliar with these issues, Paramount Pictures did not hesitate to follow the path that Walt Disney and Universal Pictures opened with their’The Phantom‘, the biggest failure of the three and surely the least deserved.

King of the jungle

Pirates, fist fights, intrepid adventurers, fatal women, the New York of the 30s and ambitious villains of evil and esoteric plans, the adaptation of the creation of Lee Falk, who a couple of years earlier had invented the magician Mandrake, it is a powerful naive pulp adventure with the charm of the old productions of the golden age of Hollywood. And all this with a protagonist as unexpected as Billy Zane, a lucky predecessor of the Brendan Fraser of ‘The Mummy‘.

In 1938, Xander Drax, a New York gangster, steals, on the island of Bengal, one of three gemstone skulls that, when reunited, will grant unlimited power to its owner. To thwart Drax’s plans, a newspaper editor sends his niece, Diana Palmer, to investigate Bengal. Kidnapped by pirates, the young woman is freed by the ghost that walks, who has protected the island for four centuries.

Under the twenty-first descendant of a long line of heroes Kit Walker, an old friend of the young woman, hides. With it, the ghost will travel to New York City to prevent Drax from getting the rest of the skulls and destroying the world. Even for the mid-90s, an adaptation as daring as this was not destined to make almost anyone fall in love, something that usually happens with this type of project and that fans of ‘Flash Gordon’ know very well.


‘The Phantom (The Masked Man)’ was a resounding failure, but it is that it competed with titles like ‘The rock‘, ‘Twister‘, ‘Mission: Impossible‘ O ‘Independence Day‘, movies that seemed to come from the future compared to the Craft adventure filled with papier-mâché by Simon Wincer, a director we recently got back to with his great ‘Two tough guys on wheels’. It was the 100th film at the domestic box office, with a measly 17 million dollars. To give you an idea: ‘The island of Dr. Moreau‘raised double.

Falk’s character had already had previous adaptations. Even Mandrake had them. Between the 1940s and 1970s, different serials, adaptations and telefilms based on the universe of the characters, all of them with the same charm as the DC or Marvel productions (or Timely Publications) of the same era.


My generation knew about the existence of the character’s vignettes, but in reality our first contact was the animated series’Defenders of the earth‘, where Flash Gordon, The Masked Man or Mandrake the Magician confronted Ming and his diabolical plans. But like all those characters so deeply rooted in a specific time, they did not finish connecting with the public of the moment.


With Joe dante, Robert Evans and The Ladd Company behind, the adaptation of ‘The Masked Man’ could not be more pulp. Wincer gave it his all in an adventure more agile than Warren Beaty’s colorful movie, funnier than Russell Mulcahy’s, and almost as campy as Mike Hodges’s. A joy that does justice to one of the most attractive designer characters in memory. As with ‘Rocketeer’, with ‘Robocop‘ or with ‘Darkman‘, just by looking at them from all possible angles for hours you already feel rewarding.

After the brutal successes of ‘Batman‘and its sequel, the big studios were looking for a way to repeat that success and, suddenly, movies based on comic book characters began to push hard. Before the Burton movie, big-budget comic book adaptations were a rarity. Who was going to tell you that superhero movies were unimaginable not so long ago now that one is released every three months. The fact is that they all decided to try their luck with characters that in the mid-90s were already forgotten.


Studios thought that movies based on these characters would make a big box office precisely because they were classic superheroes, but what they didn’t know then is that people didn’t want to see superheroes from the 30s, they wanted to see the superheroes of today. They wanted to see the characters they were buying in staple series at the time. The disappointing box office of these films based on ancient characters taught the film studios that what people wanted was something else, something modern, something that was fixed and established with the arrival of the ‘X-Men‘ A few years later.

Seen now, a quarter of a century later (and I already fell asleep in its theatrical release), ‘The Phantom’ is much better movie than then. And that is not because we have gained in cynicism or in getting rid of complexes, it is because time has suited him very well. That same year the first film of the sisters came out Wachowski, and it is also much more interesting and attractive seen today than it was then, although at the time it was more respected than this jungle adventure.


David Newman, who would later put music to another misunderstood pulp adaptation, ‘The Spirit‘he set the music to a film illuminated by veteran David Burr, an experienced cameraman. The ideal main cast consisted of Billy Zane, Treat Williams, Kristy Swanson and Catherine Zeta-Jones, each one wasting passion for her and where Swanson, the original Buffy, reminds us how great and fun actress she is.

It is very difficult, almost impossible, that The Masked Man, despite having an interesting miniseries in 2009, returns to the screens. While projects like Mandrake (with Sacha Baron Cohen) or Doc Savage (the movie that is never confirmed) they stumble around the studios without getting the green light, I can only think of filmmakers as unconscious as Shane Black O Gore Verbinski for take these types of adventurers out of limbo. And I have a feeling these two have already filled their quota of unfair failures.