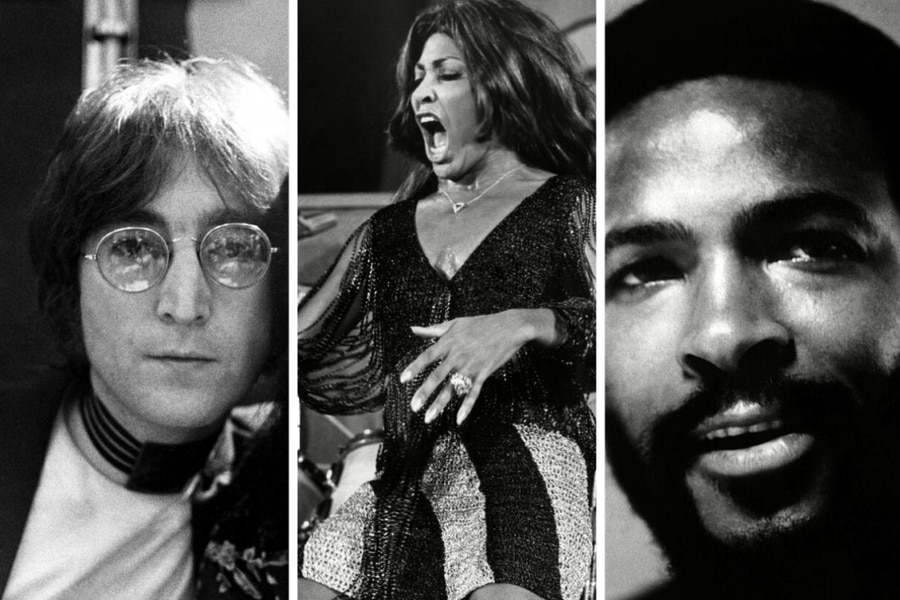 There were so many things that happened in 1971 that any almanac or Wikipedia entry falls short when trying to condense the events of that year. Popular music was not far behind and ended up being the artistic manifestation that best articulated the transformations, upheaval, violence, confusion and above all the sensation of change of era that was breathed in various corners of the planet 50 years ago, in a of the most creative, glorious and chaotic seasons for the great stars of rock and pop. Thus, while in Chile Salvador Allende signed the nationalization of copper mining, in July of that year, John Lennon launched Imagine from New York that same month and Jim Morrison was found lifeless in a tub in his apartment in Paris.

“What was happening in the United Kingdom, in the United States and almost globally, were in some way the same problems. And the music was just as relevant as those other themes, “says the director. Asif kapadia, who was born a year later in London, into a family of Muslim Indian immigrants. Although he did not manage to witness or experience firsthand the events he describes in his latest work, the maker of the acclaimed Amy Winehouse documentaries (Amy, 2015), Ayrton Senna (Senna, 2010) and Diego Maradona (Diego Maradona, 2019) he is convinced that 1971 was the year that music changed everything, and that the parallels between the world of that time and the world today were worthy of being addressed in a more exhaustive way.

1971, the year that music changed everything, is precisely the title of his most recent creation. An ambitious eight-episode documentary series that took six years to complete and premiered last Friday (Chile included) through the Apple TV + streaming platform, examining the background, context and details behind some of the milestones and record releases that marked the musical season of the early 70s. From the protests in the American streets against the Vietnam War and the transition from the civil rights movement to the Black Power in North America, to the transformations in spirituality, sexual habits and drug use among the youth of the Northern Hemisphere (nothing from Los Blops, Congreso, Los Jaivas or outside the Anglo world, yes). A series of movements that, for the filmmaker, have multiple parallels with the winds that are blowing on the planet today.

“While we were making this series it seemed to us that everything that is happening in the world around us today is exactly the same as the period covered by the documentary. And that’s when you realize that you have something, that the issue is truly relevant, “he says to Worship through a video call.

The thesis that half a century ago popular music reflected and in turn propelled its own revolution is also part of the pages of Never a Dull Moment: 1971 The Year That Rock Exploded, the book by British journalist David Hepworth that inspired the Kapadia documentary series. For the musical chronicler, the 60s ended exactly one year late, on the afternoon of December 31, 1970, when Paul McCartney instructed his lawyers to end their contractual partnership with the Beatles.

For Hepworth, who was 21 at the time, after the end of the hippie dream came chaos, confusion and with it an immediate and unrepeatable surge of creativity in Anglo music that separated those who would be left behind from those who would survive. It was the year of some of Lennon’s most celebrated solo albums (Imagine) and McCartney (RAM) and George Harrison embracing activism for refugees from the genocide in Bangladesh; that of Sticky fingers of the Rolling Stones and in which African American icons turned their art to publish albums that accounted for urban tensions in the United States, such as There’s a riot goin ‘on by Sly & the Family Stone and What’s going on by Marvin Gaye. Also that of top works such as Tapestry by Carole King, Blue by Joni Mitchell, Who’s next from The Who, Electric warrior by T. Rex, Hunky dory David Bowie and Led Zeppelin IV, to name just a few of the classics that turn half a century.

“We talk about songs and records that continue to play to this day, fortunately on the radio every day,” complements James Gay-Rees, producer of the series and a key ally of Kapadia in his most celebrated projects.

“Having made many archival documentaries, we assumed that 1971 must be incredible because it was a great moment for music and also for fashion and film. From an artistic point of view we knew this was going to look good and sound good regardless of what turned out. So what came next was to give meaning to the story. What was happening? What was in the water at that time for that result to come out? The rest was just putting all those pieces together, ”he explains.

Accustomed to working documentaries focused on the biography of a single character, Kapadia and her team faced a new challenge trying to address a moment in history through multiple voices and protagonists. “It was a deepening but also a novelty regarding the work dynamic that we have done before, which has usually focused a character, finding the right file and letting people tell their story through their own words, even if they are not alive. The techniques that we have created became much more complex in this case, in which there are so many characters, and we try to make it as big as possible ”, says the director.

Known for his great archive management, Kapadia works magic with a very complete bank of images from the time, some glorious and some spooky. There appears, for example, the massacre at the University of Kent in the midst of the anti-war protests and the tragedy of the Altamont festival, two events from 1970 that function as context for the thesis of the series and that suddenly extinguished idealism from the 60s.

“At that time all the music was of protest, the music articulated everything we felt and saw,” says Chrissie Hynde, the leader of The Pretenders and one of the most lucid voices of the plethora of interviewees to whom she agreed. the production. A list that includes living figures – from the legendary executives Jimmy Iovine and Berry Gordy to Mick Jagger himself – as well as audio records of legends who are no longer, such as Lennon, Harrison and Gaye.

There is also space to review the takeoff of Elton John and Alice Cooper, Marc Bolan’s glam revolution in a post-Beatles England, the success of the musical Jesus Christ Superstar -one of the best-selling albums of that year-, the visionary look of the journalist Hunter Thompson around the end of the American dream and valuable records of the life of the Rolling Stones in France – where they exiled themselves after tax problems in their country- while they recorded Exile on the Main St. as well as David Bowie’s failed first trip to the United States, where he could only get gigs on radios and private parties.

“I couldn’t tell you what the American public is like because I didn’t see it,” acknowledges the late British artist before beginning his transformation into Ziggy Stardust, one of the episodes with which the series closes. Bowie was that kind of person who absorbs everything. He bided his time and threw everything together in the form of Ziggy Stardust, a character that encompasses all the misfits in society and ultimately creates a whole counterculture, ”says Gay-Rees. “That’s why I love that a kind of takeaway at the end is the appearance of Ziggy Stardust, as the guy who emerges from chaos at the end of the series.”

“I think it is different from any other documentary of this type that has been made before, because it is not approached as a musical biography, it does something different, which is to make it important for the times we live in today,” says James Rogan, who directs some chapters of the series. Kapadia agrees: “We did not feel that we were making a period film, we did not think of it as a portrait of the past, but to make it relevant for today’s youth.”