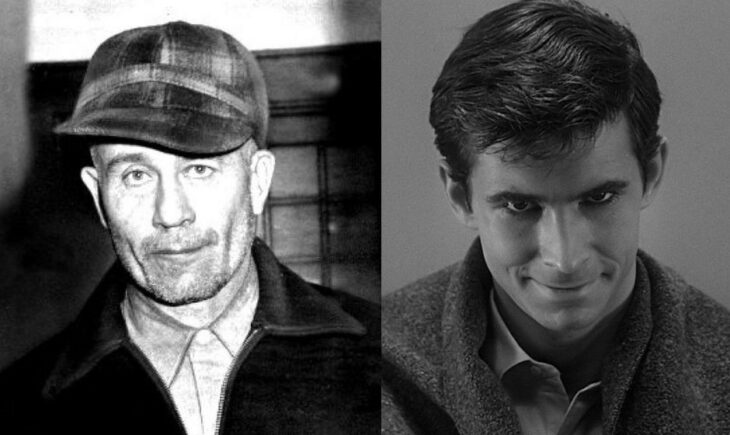 Terror is a strange emotion that although it is not the most pleasant to feel, many people are constantly looking for it, because despite the tension it can generate, the chills in the back are addictive. However, in the film industry there are some special stories that leave a very different taste in the mouth than usual. We refer to those that are not entirely fictitious.

Before seeing a horror movie, many of us feel the most risky and brave, but the simple legend: “Based on real events” makes the film have a very different connotation, causing discomfort to increase, because we know that people real lived the events of the plot. If you want to know some of them, take a look at the following list of horror movies or thriller that were inspired by real cases.

In the film we meet Norman Bates, owner of the Bates Motel, who, in short, desecrates his mother’s grave and then impersonates her and commits crimes.

In real life, Ed Gein was a murderer who, after losing his mother, the person who taught him to hate anyone other than her, decided to desecrate graves and kill women, with whose bodies he made different objects for the home. Gein never got over the loss of his mother so much that her room was untouched, like a museum. 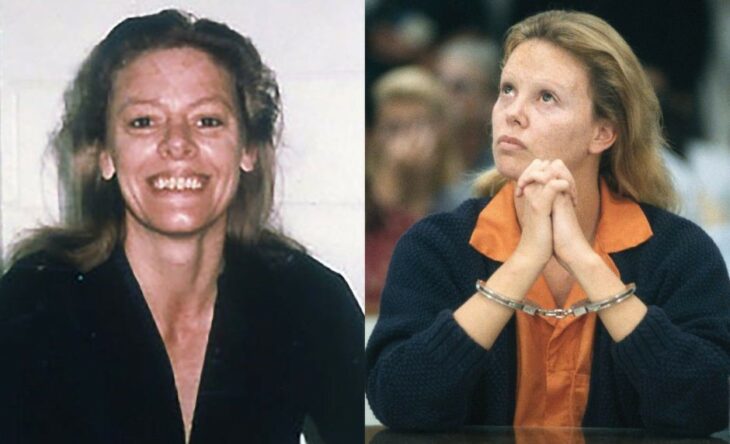 This film starring Charlize Theron and Christina Ricci tells the story of Aileen Wurnos, a serial killer known as “The Damsel of Death”, who admitted to having murdered seven men in self-defense, since they raped her (or tried to). ) while working as a prostitute.

The movie does not try to justify it, but it does try to tell its story with all the nuances involved, since the plot exposes the reasons that led Wurnos to lead that kind of life.

East slasher It’s about a group of friends who begin to dream the same thing every night, experiencing visits from Freddy Krugger, a serial killer capable of killing through dreams.

Although Freddy is a fictional character, Wes Craven, the director of the film, was inspired by the case of a group of refugees, victims of the death camps in Cambodia. The survivors declared having nightmares so horrible that they preferred not to sleep, given this, one of them spent a week awake, when he couldn’t take it anymore, he fell asleep and never woke up again.

This notorious killer doll is given to Andy Barclay as a gift, unaware that it is possessed by a serial killer named Charles Lee Ray. The film is based on the case of the Robert doll, which was allegedly given away by a voodoo expert as part of her revenge.

According to legend, this toy has been the cause of car accidents, broken bones and, in general, all kinds of misfortunes. In addition, he is able to move, change the expressions on his face and make sounds.

5. the girl next door

If you decide to watch this movie, be careful, because the torture is very explicit. It is about Meg Loughlin, a young woman who is deprived of her freedom and subjected to all kinds of atrocities, in the house of her aunt, Ruth Chandler.

Sadly, it is based on the true case of Sylvia Likens, a 16-year-old girl who was tortured to death at the hands of her caregiver, Gertrude Baniszewski. This crime was called “the worst crime perpetrated against a single individual in the history of Indiana, USA.”

The movie may seem slow, since the plot takes its time to develop the events that occurred on January 25, 1998. It follows the story of Tom and Eileen Lonergan, a couple who decided to go diving, but the company in charge of the activity he forgot them, because they did not count the total number of passengers correctly.

It was not until two days after their belongings were found on the ship that they began their search, but they were never located. Instead, a note was found that read:

The film is based on the story of Anneliese Michel, who in real life was subjected to an exorcism in 1975. For a whole year they practiced one to two sessions a week. Also, over 40 recordings were made during the process, sadly, she did not survive.

Anneliese claimed that she saw diabolical images during her prayers, as well as that she heard voices that told her that she was going to “burn in hell”. After her death, it was determined that she was malnourished and dehydrated.

In this movie we see one of the best documented cases of the paranormal, since it was studied by researchers from the University of California. Here are narrated the events experienced by Carla Moran, a housewife who claimed to be raped and assaulted by an invisible entity.

At first, the specialists thought that it was a woman with mental disorders. However, people close to Moran believed her story, so they decided to go to her house to investigate. The experts were able to photograph strange lights and for no apparent reason, for which no explanation can be given to this day.

The film narrates the murders of Cayetano Santos Godino, better known as “Petiso orejudo”, one of the greatest sociopaths in the history of Argentina, who was responsible for the death of four children, several attempted murders and the burning of seven buildings.

From a very young age he claimed to be a very violent young man, so much so that his own mother asked the police to arrest him. He grew up being mistreated by his father and brothers, which led him to take out that fury with people who could not defend themselves against him, that is, with children.

Serial killer John Wayne Gacy has inspired more than one clown movie, including, Item, the famous adaptation of Stephen King’s novel. In addition, it has the biographical film and docuseries, Conversations with a Killer: The John Wayne Gacy Tapes.

In his different installments, Gacy is presented to us as a respected member of the community, who constantly dressed as a clown to give shows children, but who, in his spare time, dedicated himself to committing brutal murders against young men.

10 Horror Movies Based on True Events; Did you know his true story?