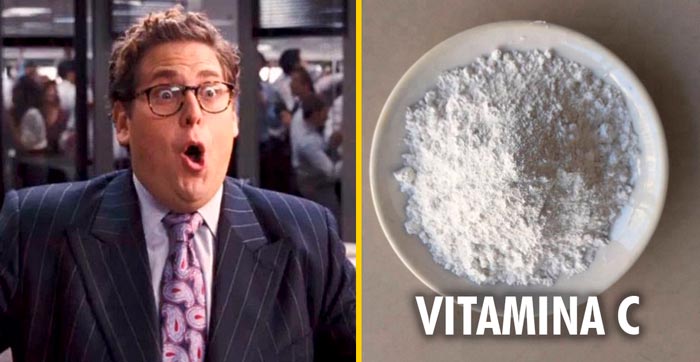 ‘The Wolf of Wall Street’ is a film that has become ‘cult cinema’, which fascinated millions of fans.

Below we present a collection of curious facts, anecdotes and excesses that happened in the filming of this peculiar film.

1. Jonah Hill inhaled so much crushed ‘Vitamin C’ that he ended up developing bronchitis.

Jonah Hill had more than 10 scenes where he was seen breathing in white powder, however, it was obviously not [email protected] real.

To achieve this, the production used crushed ‘Vitamin C’, which is technically safe, however, the excess dust inhaled made the actor ill with bronchitis.

2. Leonardo DiCaprio was looking at director Martin Scorsese because he had no idea what was going on in this scene. 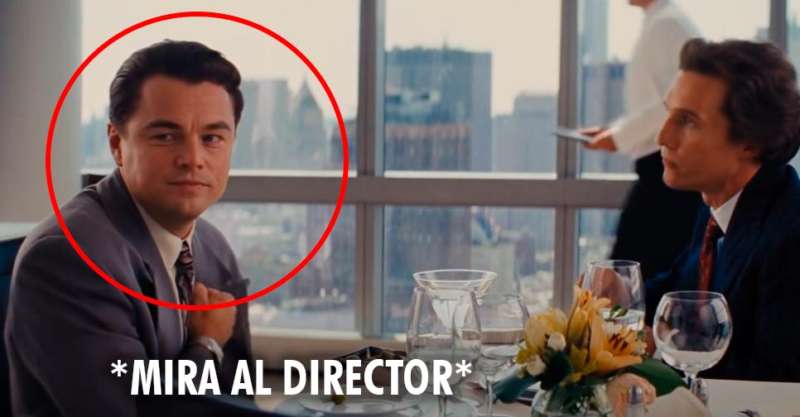 The scene where Matthew McConaughey’s character hits himself in the chest was totally improvised.

Leonardo DiCaprio played along, but after a moment the actor is seen looking to the side. DiCaprio was actually looking at Martin Scorsese, to make sure he approved of what was happening.

3. Margot Robbie was supposed to appear in a ‘bathrobe’, but the actress insisted on taking off all her clothes

Margot Robbie had to appear in a ‘bathrobe’, in the scene where she invites Jordan into her house.

However, Margot Robbie insisted that her character should appear ‘without clothes’, since ‘Naomi’ used her body as ‘bargaining currency’.

4. The scene where Jordan tries to drive his car while totally doped up was only done once, since Leonardo DiCaprio hurt his back.

During this scene we see Leonardo DiCaprio crawling, throwing himself down the stairs and opening his car door with his foot.

This epic scene was recorded in one take, as Leo severely injured his back and refused to repeat it.

5. Margot Robbie said that the intimate scene with bills caused multiple cuts because the papers were very sharp

In this scene, Jordan and Naomi had an intimate moment over millions of dollars.

However, the paper of the bills was so sharp that it ended up cutting the body of Margot Robbie.

When Leonardo was asked about this, he said he didn’t notice, because he had Margot Robbie in bed and he didn’t have time to think about anything else.

6. Leonardo DiCaprio had to smear chicken liver on his feet to attract Naomi’s dog.

The intimate scene interrupted by Naomi’s dog became a classic, however, it was not easy to record.

The dog was not trained to do that, so Leonardo had to smear chicken liver on his toes to attract the puppy.

Kenneth Choi plays one of Jordan’s loyal and corrupt businessmen.

Kenneth gained 12 kilos, since according to him, an overweight hustler, he would look more greedy and unpleasant.

8. The real Donnie Azoff threatened to sue Paramount Pictures if he appeared in the movie.

Jordan Belfort’s real partner is named Danny Porush, and he went to jail for financial crimes.

However, Porush wanted nothing to do with Scorsese’s film, and threatened Paramount Pictures with a million-dollar lawsuit if his name appeared in the story.

To fix this, Scorsese changed his name to Donnie Azoff.

9. The goldfish scene was made with a real fish, but was supervised by experts so as not to harm the fish.

In this scene, Donnie’s character swallows a live goldfish.

However, this did not happen in real life. Jonah Hill only had the fish for 3 seconds, and was supervised by specialists so as not to hurt it.

10. DiCaprio was so nervous during the kiss scene with Joanna Lumley that he had to repeat it 27 times.

Leonardo DiCaprio was so nervous about kissing 63-year-old Joanna Lumley that he forgot the lines and couldn’t hold back his laughter.

The scene where they are both talking close and kissing had to be repeated 27 times.

Danny Rolling: The Story Of The 'Gainsville Ripper' That Inspired The Movie 'Scream'
Dragon Ball Super: Super Hero movie reveals new trailer - Kudasai
It's fair? Barbie: the figure that Margot Robbie and Ryan Gosling charged was revealed and the cont...