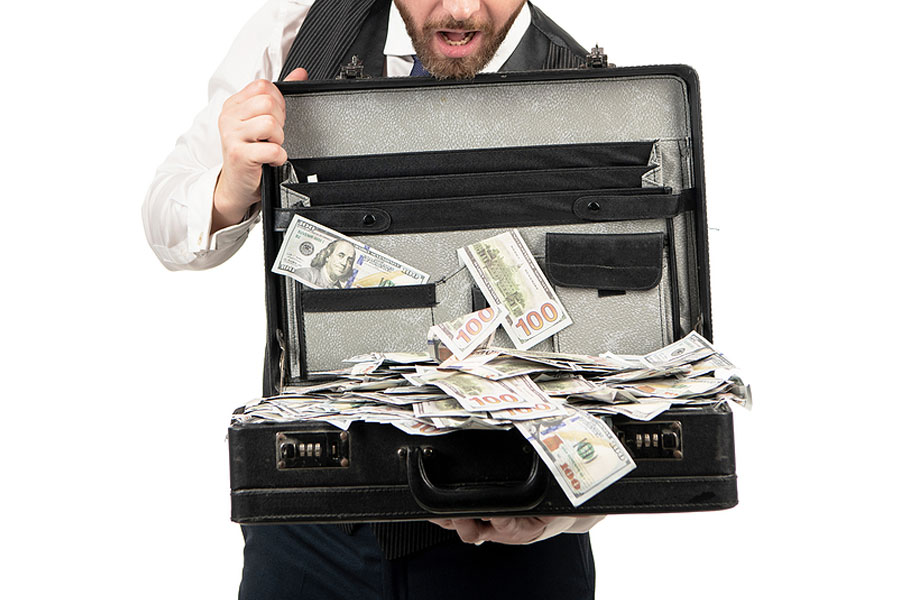 In the history of the world, current capitalism and imperialism have perpetuated poverty and the concentration of wealth in few hands. In this sense, inequality is entrenched and has reached a scandalous level, to measure the discrepancies, it will be analyzed How many years of work does a Mexican need to reach the fortune of the richest men in the world, including Elon Musk, Bernard Arnault, Jeff Bezos, Bill Gates and even Carlos Slim himself.

Notably, no normal person could amass the wealth of any richest billionaire with a regular job.indicate Statista estimates.

In previous years, the founder of Amazon, Jeff Bezos, was positioned as the richest man in the world; however, this year, the director of Tesla, Elon Musk with their popularity and innovation they have snatched the position with a heritage that reaches 239.6 million dollars (mdd).

The news is not a coincidence, it is the result of their investments by geographical location, since several studies point to North America as the region with the highest concentration of capital on the planet. In addition, Tesla as one of the most valuable brands in the world shows that the Investment in advertising is not a necessary requirement when an innovative product based on research and development is provided.

According to Statista data so that Americans can reach the fortune of Elon Musk considering that they have the highest average annual salary of the member countries of the Organization for Economic Co-operation and Development (OECD) With 69 thousand 362 dollars per year in 2020, he would have to work 3 million 100 years on average.

In the case of Germans, who annually earn an average of 57,745 dollars, they would have to work 900,000 years to reach the fortune of the richest person in the country, Dieter Schwarz, who has a legacy of 47 million dollars.

In the case of the French, who annually have an average income of 45,581 dollars, they would have to work around 3,500 years.

These stratospheric results are the result of neoliberal and capitalist globalization that directs jobs to low incomes and the intense concentration of the economy. The opening of markets with digitalization led to new forms of global integration, with an intensified social polarization, specifically of social classes, generating growing inequality and concentration of wealth at levels not historically visualized.

How many years of work does a Mexican need to reach the fortune of the richest men in the world?

The registered numbers remain above the level prior to the start of the pandemic and the most benefited jobs are transport and communications, mining and construction.

In the last 10 years, the salary was the second highest on record with an increase of 7.5 percent.

Other data from the OECD indicate that Mexico had an average annual salary of 16,230 dollars, which in pesos –with the current exchange rate of 20.08 pesos– results in 325 thousand 898 Mexican pesos per year.

If we compare the data from the Mexican government with the OECD average, the difference is abysmal and stands at 162,962 Mexican pesos; however, to respect the methodology used by Statista, the annual salary of the OECD will be taken as a base.

For Mexicans to attain the fortune of Elon Musk located at 239.6 million dollars (mdd) would have to work around 14 million 700 years with an average annual salary in a conventional job. The difference with the United States is exceeded by more than 10 million years.

In the case of Bernard Arnault, who has a fortune of 195.1 million dollars, the Mexicans would have to work around 12 million years.

To get to the fortune of Jeff Bezos of 183.5 million dollars, the Mexicans would have to work an approximate of 11 million 250 years.

In the situation of Bill Gates, to reach his fortune of 132.2 million dollars, workers would have to work approximately 8 million 250 years in an “average” job.

Arriving to Carlos Slim Helú, the richest man in Mexico, who has an estimated fortune of 55,930 million dollars for a Mexican worker to reach his fortune would have to work an estimated time of 3 million 400 years. The estimate compared to the Americans and Elon Musk is not so distant.

With the results it is evident that the gap between the rich and the poor is enormous and this has been generated by governments and the construction of non-human economies, since it has been perpetuated, for example, that rich people and companies pay less taxes and workers receive subpar wages.

Furthermore, in the specific case of the Americas, which includes Mexico, the development of the region has not been accompanied by a process of reducing poverty and inequality, and the discourse that persists is the mythical belief that economic growth by itself brings prosperity and equalize social groups, specified Sonia Alvarez Leguizamón in her research “Concentration of wealth, millionaires and reproduction of poverty in Latin America.”