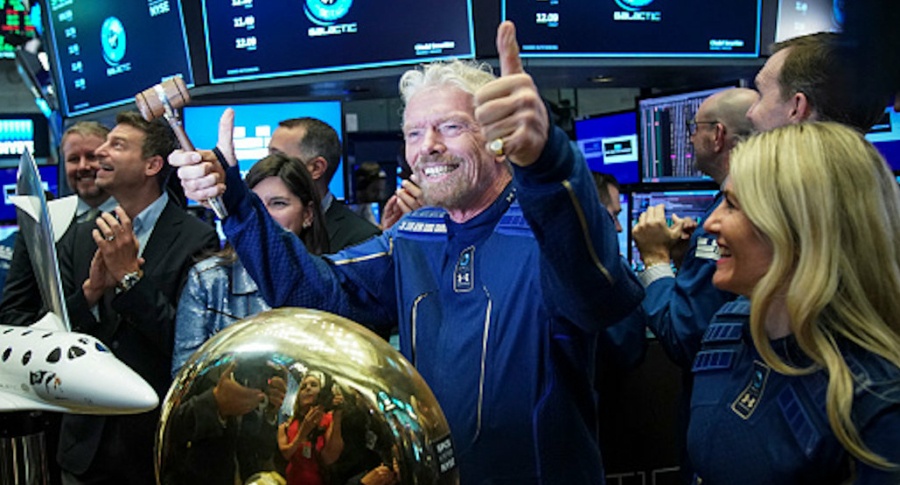 Keisha Schahaff will thus become the first passenger from the Caribbean to experience zero gravity in space, something that only about 600 people have tested.

She will be accompanied by her 17-year-old daughter, who studies science in the UK and dreams of working for NASA.

He was the founder of Virgin Galactic himself, Richard Branson, who announced the news to him in early November. He did so by going to his home in Antigua and Barbuda to bring him the astronaut suit.

“I was thinking of doing just one interview for Zoom,” the lucky woman told the AFP agency. “When I saw Richard Branson come in, I started screaming! I could’nt believe it”.

Keisha Schahaff won this award by participating in a fundraiser organized by Virgin Galactic on the Omaze platform, which raised 1.7 million dollars (1.5 million euros). The money will be donated to the NGO Space for Humanity, which works to facilitate access to space.


It is unknown how much money Keisha Schahaff donated, but you could participate with only 10 dollars (9 euros). The campaign attracted nearly 165,000 participants in eight weeks, Virgin Galactic reported.

“As a child, I was already fascinated by space,” explained Keisha Schahaff, who recalls that “I was always the first to buy tickets” to the movies to see Star Wars or Star Trek. “It’s fascinating and even liberating,” said this health ‘coach’, who works mostly with women.

She participated in the raffle to go to space after seeing the ad on a Virgin Atlantic plane.

“I just filled out the form and did what they asked, not even thinking that I could actually get an answer,” he recalls.

“It is a wonderful opportunity for me to feel alive,” said the woman, who lives in Antigua, where she grew up and from where she hopes to “inspire others to also live their dream.”

How is the trip to space offered by Virgin Galactic

The trip offers only a few minutes in zero gravity: a huge plane takes off from a normal runway and launches the craft, which looks like a large private jet.

Then it starts the engine until it exceeds 80 km in altitude (the limit of space according to the US military) and immediately descends gliding.

The flights take place from Spaceport America’s base in the New Mexico desert, which Keisha Schahaff will visit with Branson.

The Caribbean woman will be one of Virgin Galactic’s “first astronauts,” but her place on the waiting list is unknown, according to a company spokeswoman.

For two decades Virgin Galactic has been striving “to provide people of all ages and backgrounds with equitable access to space,” said Britain’s Richard Branson in a statement.

On July 11, Branson boarded a SpaceShipTwo for a test flight, accompanied by Virgin Galactic employees. His company rivals that of billionaire Jeff Bezos, Blue Origin, which also proposes suborbital flights with a similar experience but aboard a rocket that takes off vertically.