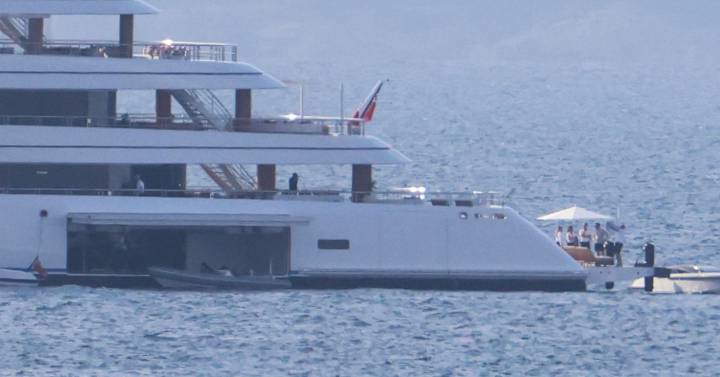 The ravages of the pandemic have not disturbed China’s great fortunes. The rich in the Asian country have grown 24% in the last year, according to the list of the wealthiest published by the local Forbes, Hurum.

The ranking, which includes people with a net worth of at least 2 billion yuan, or about $ 310 million, has grown to include 2,918 names amassing a combined fortune of $ 5.3 trillion.

Gone are the days when the founder of Alibaba, Jack Ma, or the owner of Evergrande, Hui Ka Yan, were leading this ranking. In 2021 the richest man in China is Zhong Shansha, 67, owner of the bottled water company Nongfu Spring. The company debuted on the Hong Kong Stock Exchange last year, where it rose more than 200% in just seven months, then moderated its climb. In addition, he owns the pharmaceutical Wantai Biological Pharmacy Enterprise, which would have been boosted by the massive demand for Covid-19 testing. His fortune amounts to 60,500 million dollars.

The second position is for the founder of ByteDance, Zhang Yiming, owner of the TikTok app. At 39 years old, he treasures about $ 52.8 billion thanks to a company created just less than ten years ago and the boom in short videos.

The app has exceeded 1 billion users in three years and in the first quarter of 2021 alone it registered more than 300 million downloads worldwide. A success that led its parent to plan its IPO in Hong Kong, although it has chosen to postpone it until the end of next year due to increased Chinese regulation of technology firms.

Jack Ma, founder of Alibaba, has dropped for his part from the first to the fifth place on the list. His wealth has been cut 36% to $ 39.6 billion. The businessman, who has disappeared from public life since January this year after having criticized the country’s financial control system – a few weeks ago he could be seen in Ibiza on a boat valued at 206 million dollars – has been the eye of the hurricane of the Chinese Government.

On the one hand, Alibaba received the largest monopoly fine in the country’s history, 2,800 million dollars, and on the other hand, it was forced to cancel the IPO of the fintech Ant Group, which aspired to become the largest of history and raise about $ 3 billion by placing 11% of its capital on the market.

The pressure against technology companies has also taken a toll on the pockets of Tencent founder Ma Huateng, who has seen his fortune drop to $ 49.2 billion.

Under the slogan of “common prosperity”, the Chinese government has launched an offensive against the country’s super-rich and seeks to promote the redistribution of wealth more equitably among a population of 1.4 billion people.

The Xi Jinping Executive has among his medium-term objectives “to regulate excessively high incomes” and “to encourage high-income people and companies to return more to society,” according to the president of the Asian country in one of the last meetings of the Chinese Communist Party.

Added to this is also the Executive’s decision to increase regulatory pressure on large technology companies, led by Alibaba, and educational services companies. Some of the latter have been banned from making a profit. A control that has also led to limiting the time that Chinese minors can spend with video games to combat their addiction.

Despite the sharp rise in the number of millionaires in China, its fortunes are still a long way from ranking among the richest in the world. According to Forbes, the eccentric founder of Tesla and SpaceX, Elon Musk leads the ranking, with a fortune of more than 250,000 million dollars. It is followed by Jeff Bezos, creator of Amazon, with 196,000 million, and Bernard Arnault, with 186,000 million. You have to go down to number 13 to find a Spaniard, Amancio Ortega, who has a fortune of 82,000 million.

Why TikTok and Bottled Water Nurture the Wallets of Rich Chinese