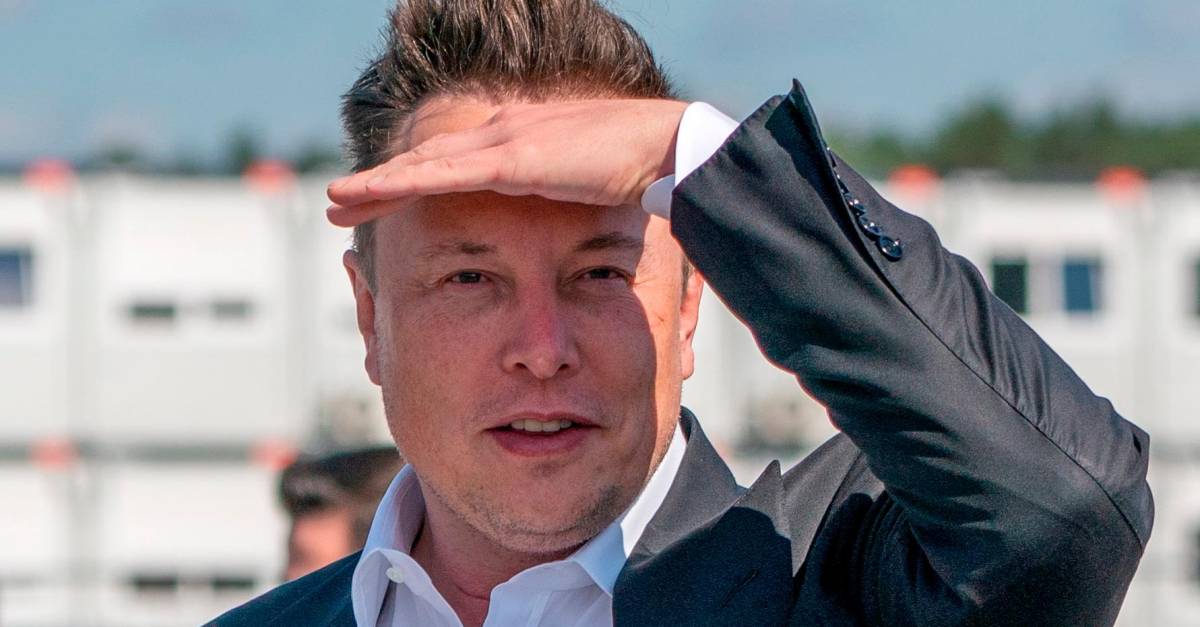 How can a person become the richest person in the world without being in the banking business? Elon Musk, a 50-year-old South African nationalized American and Canadian, has the formula. They call him “the entrepreneur of the future” because his business is pure innovation.

Tesla, the world’s leading electric vehicle maker, and SpaceX, which makes rockets and spacecraft, are the jewels in its crown. But that is not all, now he wants to buy the social network Twitter and generate a revolution in his policy of freedom of expression and advertising.

“The motivation to create all my companies has been to think about getting involved in something that I thought could have a significant impact on the world”, is one of Musk’s most famous phrases and perfectly describes the empire he has forged.

And it is that the “entrepreneur of the future” today is a reality. Just a few days ago, when Forbes Magazine updated its list of the world’s richest people to 2022, he first appeared as the planet’s top tycoon with an estimated fortune of $219 billion (see Graph).

He unseated Jeff Bezos, the brain behind the global e-commerce giant Amazon, in the first box, and was above traditional millionaires in the Forbes list such as Bernard Arnault, who is behind a conglomerate of luxury brands headed by Louis Vuitton ; or Bill Gates, the genius of Microsoft.

Putting it in a regional context, Elon Musk’s assets would today exceed the GDP of countries like Peru and Panama, which are around US$202,014 million and US$53,977 million, respectively.

It is that not even the combined fortune of the four richest people in Colombia – Luis Carlos Sarmiento Ángulo, David Vélez, Jaime Gilinski and Beatriz Dávila de Santo Domingo – who appear in Forbes equals that of the leader of Tesla and SpaceX, since this sum US$24.1 billion, 11% of Musk’s.

Before all this, Musk navigated a childhood of contrasts in South Africa. He was born in Pretoria, in 1971, and before he was 10 years old he saw how his parents separated. Her mother was a Canadian model and nutritionist, and her father a South African engineer.

Elon, who grew up with his siblings Tosca and Kimbal and some cousins, hHe said that in his childhood he was a victim of bullying for being the smallest in the class. While that was happening, he dedicated his time to learning, he was interested in knowing what was beyond the limits, space issues and technology; even at 10 years old he already knew how to program.

That level of self-education led him to develop a video game called Blastar, which he sold for $500 when he was 12 years old. It was based on a spaceship that destroyed enemy ships, something simple for those who see it today, but a revolution for little Elon.

In any case, the current owner of Tesla knew that his future was innovating and what better than the United States to exploit that talent. After a short stay in Canada, the land of his mother, in 1992 he went to the US thanks to a scholarship to study at the University of Pennsylvania, where he graduated in Economics and Physics.

During those years he added several professional titles, but his great dream was to be in the big leagues and take advantage of the technological “boom” of the time. It was like that In 1995 he decided to undertake and Zip2 was born, his first company.

The focus was software development, and Elon, like many of today’s tycoons on the planet, had to sleep in Zip2’s small facility, not having enough resources for an apartment.

The company – which he built together with his brother Kimbal – was a complete success and by 1999 he managed to sell it for about 22 million dollars to Compaq, a computer company.

Without knowing it, he had closed the first of several large businesses and from then on began to get involved with organizations that are now world leaders. In fact, experts in the field put PayPal as Elon’s first hit. The payment processing company gained strength after merging with X.com, a financial firm created by Musk in 1999.

Thus, PayPal became a world leader, but the relationship between Musk and the other people behind the merger was complicated by differences in business decisions. For this reason, when an offer came from eBay in 2002 to stay with said firm, the shareholders did not hesitate to sell.

The move closed at 1,500 million dollars and Elon received US$165 million for being the largest shareholdermoney that served him to start his ambitious and futuristic projects of mobility and trips to space.

Tesla and SpaceX start up

Indeed, the tycoon laid the foundation stone for multimillion-dollar ideas that today are valued at nearly $100 billion each: SpaceX and Tesla.

SpaceX, founded by Musk in 2002, has developed the Falcon 1, Falcon 9 and Falcon Heavy rockets, as well as engines and space capsules. He also had achievements such as first orbital spaceflight with a totally private crew, in 2020.

The company has signed contracts of more than US$1,000 million with NASA and is the cornerstone of the idea that keeps its founder “up all night”: that man reaches Mars in the next decade.

But that is only one edge of his dream, because the tycoon also fantasizes about establish a human colony on Mars and adapt ships that make regular trips to that planet. All, for now, without an officially structured plan.

But, going back in time, we must talk about Tesla. Musk came to that company in 2003 and although he was not the founder, he made a significant investment to make it a world leader in the transition to clean energy.

It was not until 2008 that Tesla began selling its first product, the Roadster, a sports car whose main feature allowed it to accelerate from 0 to 100 kilometers in just a few seconds.

However, poor economic planning coupled with the financial crisis caused by the housing bubble that burst in the United States in 2008 left Tesla in intensive care and on the verge of bankruptcy.

In this sense, Musk, who is said to be a leader with innovative ideas and a strong temperament at times, took the reins of Tesla and new releases gradually arrived.

The Model S sedan, which was introduced in 2012, and the Model X SUV were the next electric cars introduced. Then came the Model 3, the Tesla Semi and the Cybertruck, among others, all designed to save the money that is invested for each kilometer traveled.

But they are not only cars, Tesla also provides energy solutions through panels and batteries for home and industrial use, among others.

Accustomed to being a media character for his successful businesses, his extravagant space dreams and even for his trills, Musk returned to the front pages in recent days for his most recent move: a US$43 billion offer to take over Twitter.

Through what is known in the market as a “hostile takeover” it offers US$54.20 for each share of that company, which corresponds to a premium of 54% in relation to the price that Twitter titles had prior to the proposal.

Without even having bought the first share, Musk intends a total revolution in that social network -on which he already had a 9.2% stake-, relaxing content moderation policies to, according to him, allow greater freedom of expressionas well as removing advertising and potentially delisting Twitter.

Given this, the directives of the company created in 2006 have not stayed still and will appeal to what are called “poisonous pills” on the stock market, which consist of strategic moves or obstacles so that the offeror desists from buying.

As reported by Agencia EFE, Twitter’s board of directors adopted a Rights Plan that “will reduce the probability that any entity, person or group will gain control of Twitter through accumulation in the open market without paying all shareholders. the appropriate premium for control,” or not giving enough time to make an informed decision.

Although it is worth saying that this acquisition would not mean great returns for Musk compared to Tesla or SpaceX, it is one of the most interesting business moves in recent years. In this way, a new chapter opens in the particular life of the richest person in the world, who has the expectant market.

Who is Elon Musk, the richest man in the world who is now on Twitter