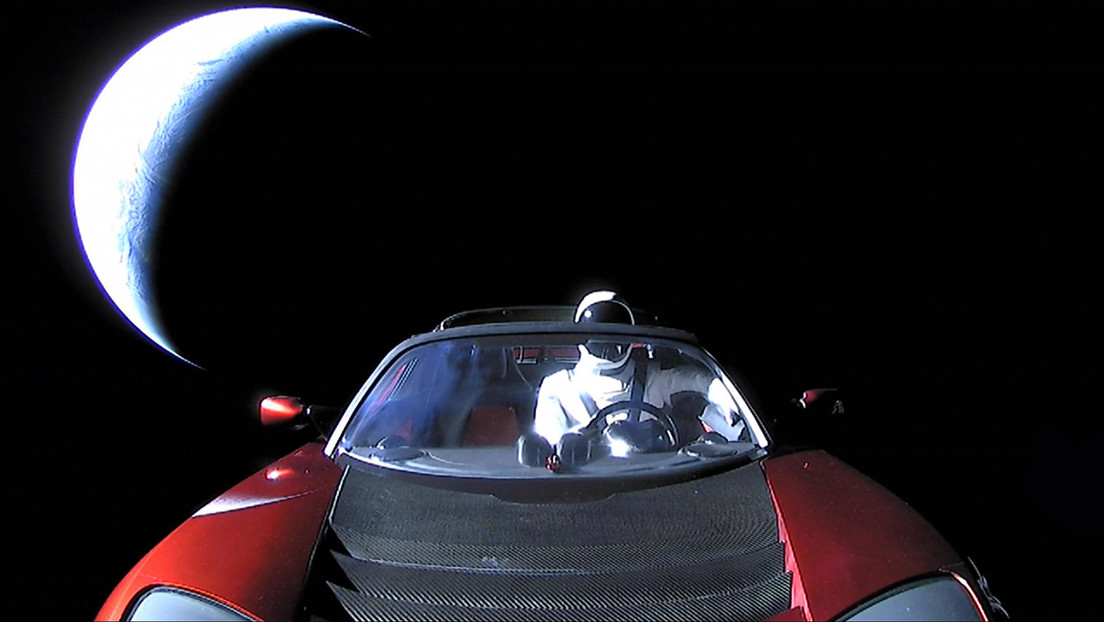 The vehicle, which moves at a speed of 1,500 kilometers per hour, has completed about 2.6 orbits around the Sun since its launch.

On February 6, 2018, billionaire Elon Musk Shipping a Tesla Roadster electric sports car into space, with the help of a Falcon Heavy rocket from the company SpaceX, of which he is the founder. After more than four years, what has become of the vehicle?

The Tesla Roadster, which is moving there at a speed of 1,500 kilometers per hour, has completed about 2.6 orbits around the Sun since its launch. This means that it has traveled the equivalent of all the roads on our planet 49.7 times.

According to Jonathan McDowell, an astronomer at the Smithsonian Astrophysical Observatory, is The car is likely still complete, though may have been hit for some meteorites during its journey through space.

According to NASA estimates, the car will not approach another planet again until 2035, when it will pass close to Mars. Later, between 2047 and 2050, it will do the same with the Earth, passing a few million kilometers.

Will it collide with Earth?

The chances of the vehicle colliding with Earth within the next 15 million years are about 22%, according to a study published in arXiv. In turn, there is a 12% chance that it will hit Venus or the Sun.

In the driver’s seat, the vehicle carries a mannequin dressed in a space suit and named Starman, in honor of a song by British David Bowie. Upon its release, Musk explained than the Tesla Roadster won’t be able to wear on the orbit of mars because he doesn’t have the drive to go into it.

William Carroll, an expert in chemistry from the University of Indiana (USA), Indian that in outer space all organic materials are subject to degradation due to the different types of radiation present there, so he predicted that the car would not last even a year.

Where is the Tesla Roadster that Elon Musk sent into space more than four years ago?