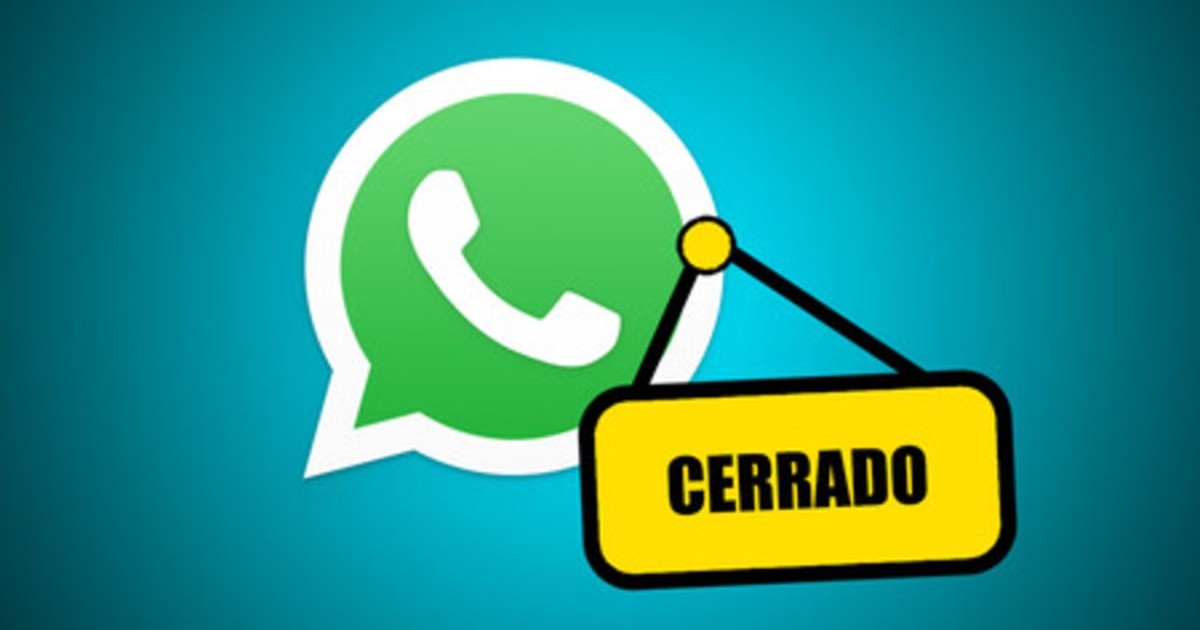 the messaging app, WhatsApp owned by Mark Zuckerberg, announced that it will close accounts in the app for various reasons. The measure will be applied from April 1 and there are a number of reasons that can leave users without the service.

The account will have 30 day delay to be removed, since the company requires a period of time to be able to process all the messages that are sent and received in the account. If someone sends you a message during that time, you will receive a notification that your account has been deactivated.

One of the main reasons an account will be closed is inactivity for more than 120 days in a row. The WhatsApp company in its Help Center explains that the measure is due “in order to maintain security, limit data retention and protect user privacy.

As he explains, it is considered that there is inactivity when the user does not connect to whatsappit doesn’t matter if you don’t send messages or interact with other users.

Content stored on the user’s device prior to account deletion will remain there until WhatsApp is removed from the phone.

Those who have whatsapp plusapplication that can be downloaded on cell phones with Android system, and do not have the official version, they may suffer the closure of the account. There are several people who have this version, but it does not correspond to the Meta company, ownership of the real WhatsApp belonging to Mark Zuckerberg.

The “plus” version is downloaded by users, because it allows you to recover deleted, change the background or download the photo of any contact you have saved, a possibility not available in the original version of the application.

Companies seek to end the use of spam on the platform. From WhatsApp they mentioned that when they detect a person or company creating broadcast lists or groups to send mass messages, they can also close this account.

With the new updates, the most used messaging application in the world can differentiate conversations with a contact registered on the phone and those that occur with an unknown number.

Sending repetitive and mass messages to phones that are not scheduled will attract the attention of the application team, which could estimate the sending of spam or other information that the user or receiver probably does not want to receive.

Another feature that will be taken into account to block accounts will be that users have been blocked more than five times in less than a day. The remote program, which scans the millions of users, determines that those crashes are probably related to the mass sending of inappropriate messages.

This reason is related to the fact that the company does not want users to use WhatsApp to send messages in the form of spam.

An important focus for various information or messaging services is fake news. WhatsApp, just like FacebookMark Zuckerberg’s other company, is on a path to fight fake news.

In order to improve its filters, the app will delete the account of those people who are responsible for spreading fake news.

In this effort, on September 14, Facebook, now renamed Meta and owner of WhatsApp, joined as part of a global initiative with more than 80 organizations working in 60 languages ​​with the aim of reducing misinformation on the platform. and strengthen the quality of online news.

To the list of causes to close the WhatsApp account, the sending of files, documents or links that the company may consider inappropriate is added.

From Mark Zuckerberg’s company, they indicated that in addition to being able to go through a trial, it could also lead to the termination of your account.

WhatsApp will close accounts on April 1: 6 reasons that can leave you out of the app