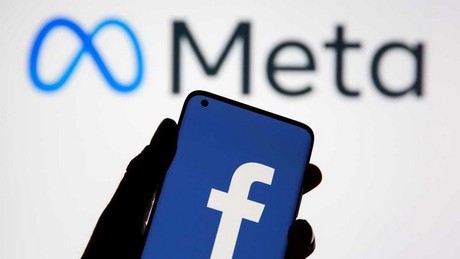 One of the things we know is that from the name change to its new approach to business, Meta will be fully dedicated to developing the metaverse.

In August, Meta (before Facebook), took over the startup AI.Reverie, a company specialized in artificial intelligence, and integrated it into his division Reality Labs, which is dedicated to the development of metaverso.

This same startup had signed last January a 3-year contract worth $ 950 million (around 840 million euros) with the United States Army to improve battle management systems and implement artificial intelligence systems, according to the Financial Times newspaper.

After being absorbed by Meta, the contract with the Army was canceled, as confirmed by a Meta spokesperson and made public by the US Department of Defense.

In addition, said spokesperson added that Meta will not be involved in the development of technology used by the Armed Forces.

One of AI.Reverie’s specialties is synthetic data, artificial data that has been generated by an algorithm and is based on original data.

These simulated versions of real-world data are necessary to train advanced machine learning algorithms, and allow you to develop projects such as the metaverse.

This is the main reason why Meta has opted for AI.Reverie.

In an interview with AlleyWatch, Daeil Kim, CEO and co-founder of AI.Reverie commented that their platform “creates a virtually endless supply of annotated images and videos to accelerate computer vision and machine learning, reducing the cost of training while improving quality, diversity and the accuracy of the metadata “.

Among the most recent contracts for AI.Reverie, which has worked for retail and retail clients, are several with the US Air Force to improve the collection of information from its departments, and another to improve navigation capabilities on land. difficult using its synthetic data technology.

Just a few months ago, Facebook, then christened Meta, announced that in the coming years it will focus its efforts on developing its own metaverse.

The name change was a declaration of intent on the part of Mark Zuckerberg, who sees in these digital universes the next great internet revolution.

For this, Meta’s investment is going to be multimillion-dollar, and many different technologies influence the development of the metaverse. From artificial intelligence and machine learning, to virtual reality and the creation of new hardware devices to connect, indicated Business Insider Spain.

The purchase of AI.Reverie follows the line of this strategy. To this acquisition are added others, also integrated under the umbrella of the Reality Labs innovation division, such as Supernatural or Within, also destined to the development of the metaverse.

What Meta / Facebook, Mark Zuckerberg, and the United States Army Have in Common