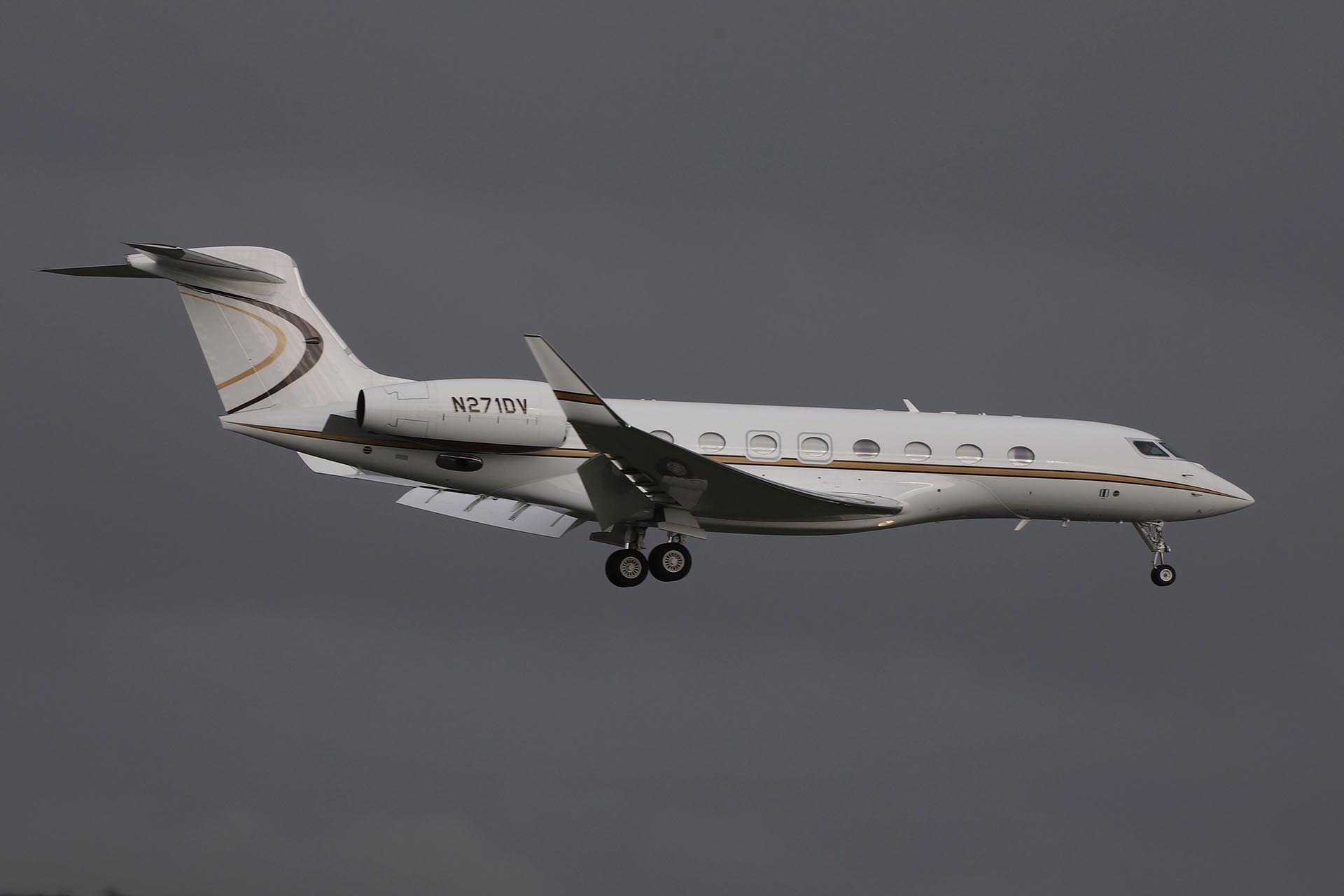 Jeff Bezos, the second richest man in the world according to Forbes magazine, leads a life of luxury that few humans on this planet can afford. A mansion, high-end cars and a yacht are just some of the properties of a man who is unstoppable. But this is not all, the creator of Amazon has in his possession one of the most luxurious private jets in the world.

The Gulfstream G650ER it is one of the most luxurious private jets in the world and has a market value of around USD 66 million. It is 30.4 meters long, almost 8 meters high, has a total wingspan of 30 meters and is powered by two Rolls Royce BR725 A1-12 turbo jet engines, which allow it to reach a top speed of over 1,140 kilometers per hour. In addition, it is an aircraft with one of the largest ranges in its class, being able to cover a total distance of 13,888.64 kilometers without problems. 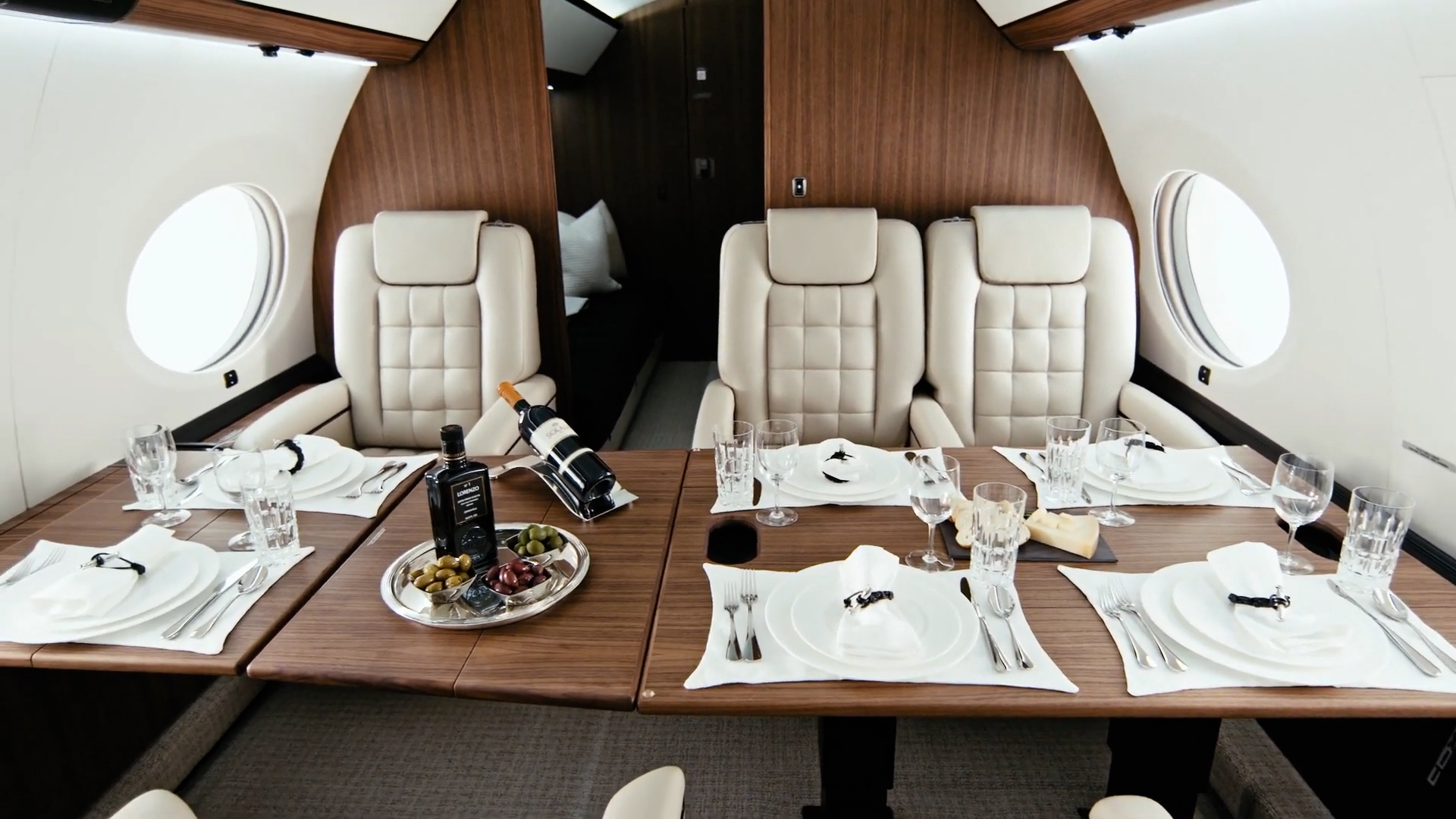 The Gulfstream G650ER can be configured for perfectly comfortable dining inside

In fact, the G650Er holds the world record for traveling from Singapore to Tuscany in the United States without stopping for fuel. But in addition to its technical features, which undoubtedly make it a top-of-the-range aircraft, its interior also dazzles for all the luxury it carries.

The interiors of the G650ER are designed and built with wood and stone panels elegant in a way that reflects luxury and comfort. The cockpit has the Honeywell Planeview II navigation systemto facilitate the work of the pilots, and the commanders’ seats are covered with sheepskinfor maximum comfort during long business flights. 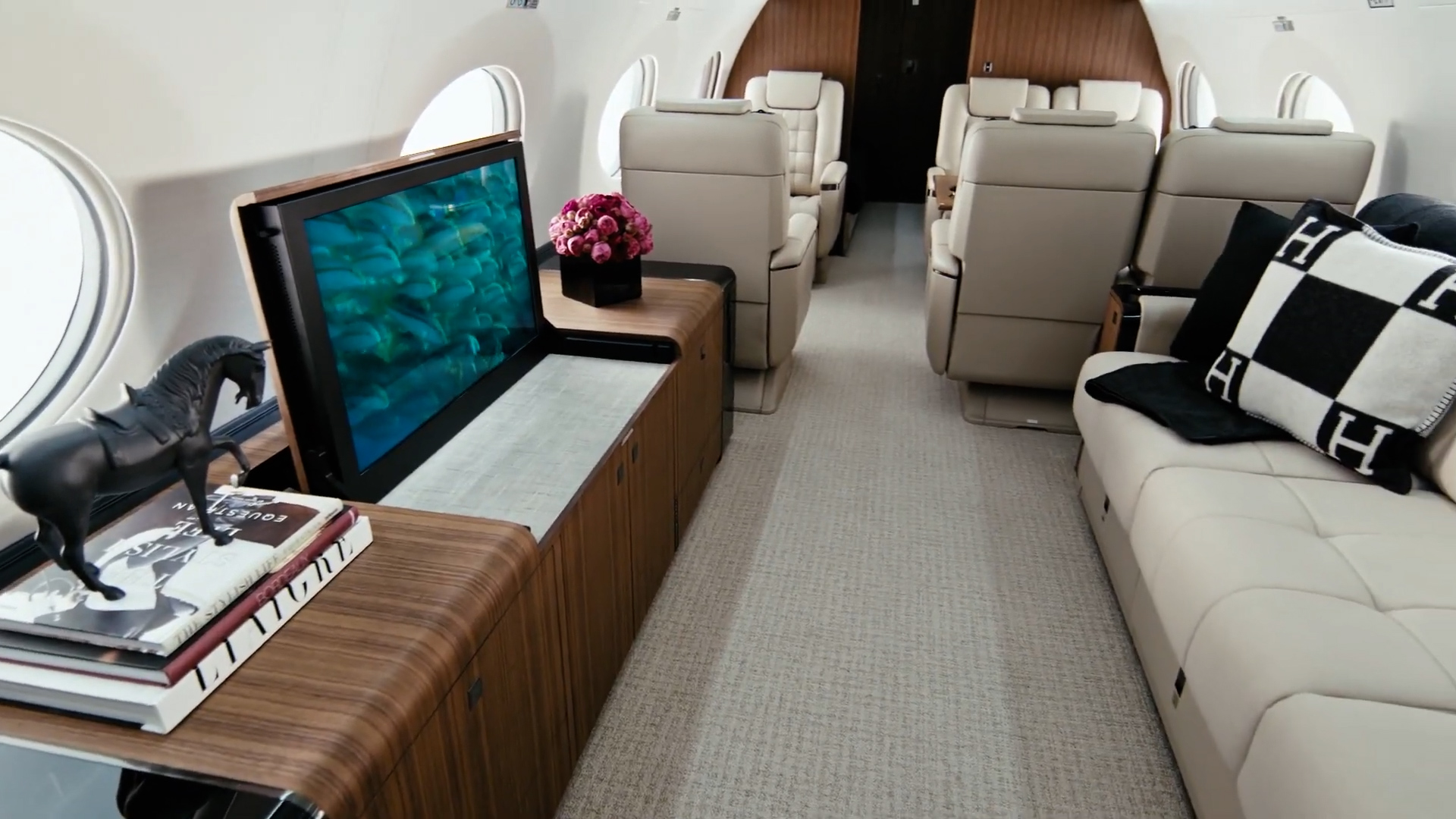 The central cabin has a television, a sofa and the highest luxury amenities

Of course, the most impressive thing is in the passenger cabin, where Bezos travels with his relatives and associates. It is divided into three parts. In the front there is a custom kitchen to the taste of the owner with fully reclining seats with built-in ventilation and massage system.

The central cabin has a lounge to relax that has a personal bar, TV and a comfortable sofa. And in the back is the VIP lounge, where a queen-size bed or seats can be installed according to the preference of each client. The bathrooms are not far behind, they are elegant, modern and very spacious. 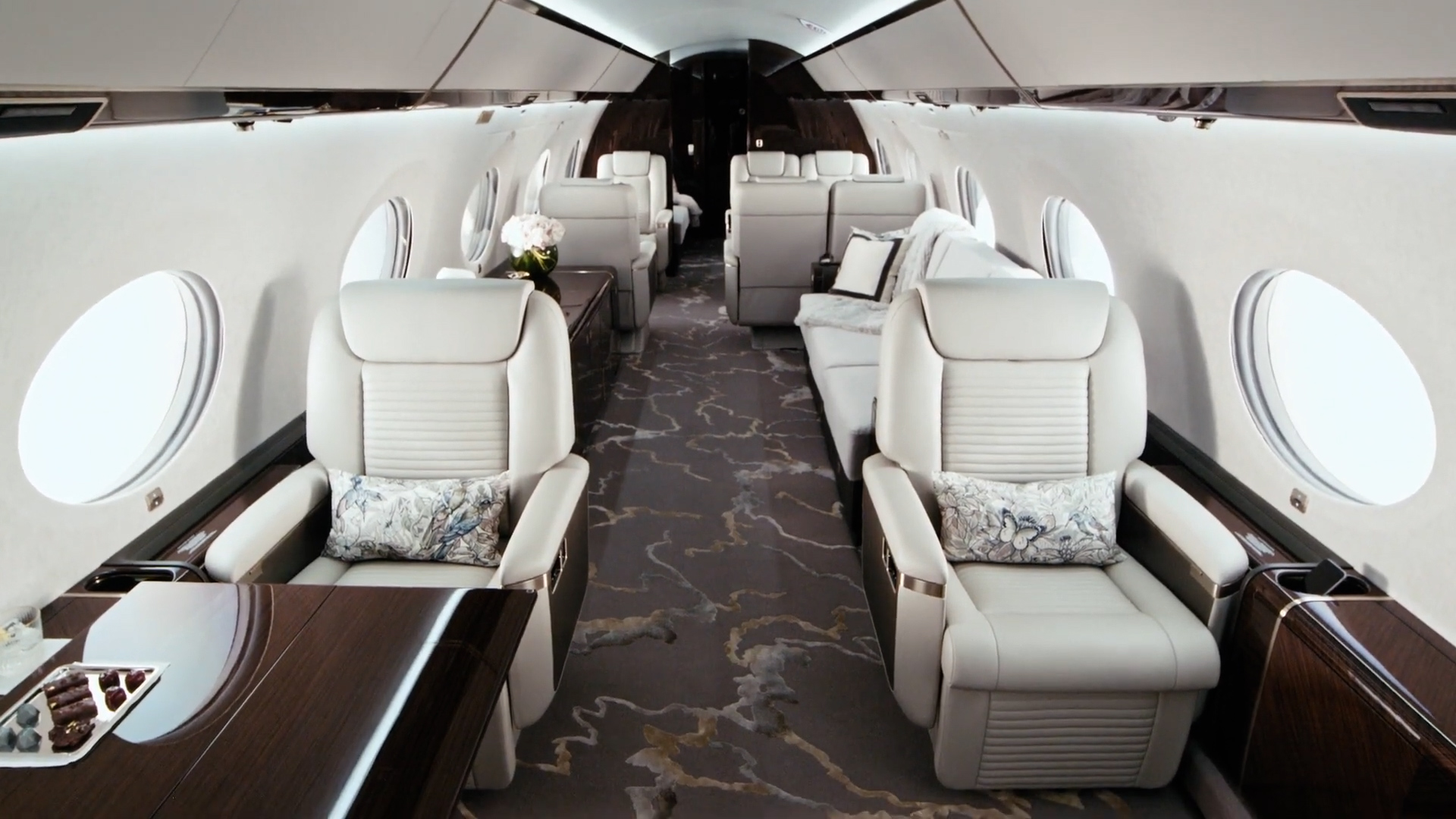 The aircraft also has 16 large panoramic windows that allow them to give a spacious and bright air to the cabin, losing the feeling of confinement that can be felt inside an aircraft. Besides, renews 100% of the air every two minutes, keeping the interior fresh and pleasant.

The G650ER, in addition to what is described, can be customized to suit the client, it can be configured to have from 11 to 19 seats, and a series of on-board entertainment can be incorporated that will depend on the preferences of its owner. Being the fastest in the line and equipped with all the top-tier features, this jet model has proven to be at the top of its range.

Who wants to get a G650ER will have to wait two years until it is delivered. The company has already sold more than 400 examples and will now launch its successor, the G700, which will soon be ready for passenger transport and will cost around 75 million dollars. We will have to wait to see who will be the first tycoon to get hold of the new plane, which promises to surpass the 650.