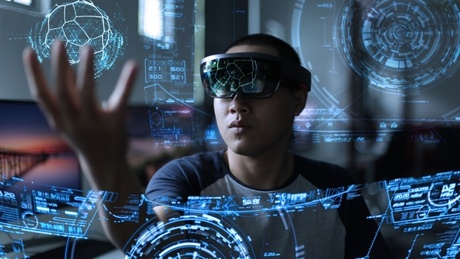 It was originally conceived as the setting for dystopian science fiction novels. Now, it is a fundamental objective for Silicon Valley

Facebook has many pressing problems. From the proposed antitrust legislation to allegations that the company is contributing to vaccine misinformation.

But when the company’s CEO, Mark Zuckerberg, joined the conference call with analysts to discuss its latest quarterly results a few weeks ago, much of the attention was focused on something far removed from those topics: the metauniverso or metaverso. During the hour-long call, the metaverse was mentioned nearly two dozen times.

The metaverso it was originally conceived as the setting for dystopian science fiction novels. Wherever virtual universes provide an escape from ruined societies.

Now, the idea has become a fundamental objective for Silicon Valley. Additionally, it has become a favorite talking point among startups, venture capitalists, and tech giants.

Mark Zuckerberg drives to the metaverse.

What is the metaverse?

The “metaverse” was coined in the 1992 cyberpunk novel “Snow CrashIn the book, the main character Hiro Protagonist, a hacker and, for a short time, pizza delivery man, uses the metaverse as an escape from his life. There, he lives with a roommate in a storage container of 6 by 9 meters, in a bleak world where the government has been replaced by corrupt corporations.

For that story, the metaverse is a platform for the virtual creation. But it’s also plagued with problems, including technology addiction, discrimination, harassment, and violence, which occasionally spill over into the real world.

The idea is to create a space similar to the internet, but in which users (through digital avatars) can walk in and where they can interact with each other in real time.

In theory, you could, for example, sit around a virtual conference table with colleagues from all over the world, instead of looking at their 2D faces in Zoom. And then walk to a virtual Starbucks to meet his mother, who lives on the other side of the country.

In recent weeks, Zuckerberg has extolled his vision of turning Facebook into a “metaverse companyIn that vein, he said he started thinking about the concept in high school. The company recently announced the creation of a new metaverse product group. And Zuckerberg said he sees the technology as “the successor to the mobile Internet.”

The CEO of Microsoft, Satya NadellaHe said last week that his company is working on building the “business metaverse.” Epic Games announced a $ 1 billion funding round in April to support its metaverse ambitions. This brought the manufacturer’s valuation of Fortnite to nearly $ 30 billion.

And in June, the venture capitalist Matthew Ball helped launch a publicly traded fund so people can invest in the metaverse space. This includes companies like graphics chip maker Nvidia and gaming platform Roblox.

Facebook’s Oculus glasses would be relevant in the metaverse business.

What is your relationship with 5G

Big companies joining the discussion now may simply want to assure investors that they won’t miss out on what could be the next big thing. Or that your investments in virtual reality, which have yet to attain great commercial appeal, will eventually pay off. And, especially in the case of Facebook, tapping into the long-term potential of the metaverse could be a useful way to distract yourself from growing scrutiny in the here and now.

Whatever the motivations, they remain big questions. From how technology companies can handle security and privacy issues in the metaverse, to whether people really want to live much of their lives within an immersive virtual simulation.

Ideally, Those various parts of the ecosystem will be interconnected and interoperable, he said. Jesse Alton, leader of Open Metaverse, a group that develops open source standards for the metaverse.

“Someone who is playing a video game could win a fiery sword in their favorite game on Xbox, put it in their inventory. And later, in virtual reality, they can show it to their friend and their friend can hold it,” Alton said, who is also the founder of extended reality firm AngellXR. “It is the ability to transport [información] from one world to another, regardless of the platform you are on. ”

Some pieces of the metaverse already exist. Services like Fortnite, an online game in which users can compete, socialize and build virtual worlds with millions of other players, can give users an early idea of ​​how it will work. And some people have already spent thousands of dollars on virtual homes, defending their metaverse terrain.

Also take form in telemedicine, in e-commerce, in business environments, and could give mobile operators new opportunities to monetize the investments they make in their 5G networks.

For example Verizon, which has test laboratories in different cities where it invites companies to experience specific cases such as the use of holograms for medicine supported in 5G and edge computing. These are experiences developed by the operator in conjunction with AWS and Microsoft, according to Fierce Telecom to TeleSemana, which aim to become the famous killer apps that will enable new business possibilities for other industries. The metaverse could become that killer app that opens new opportunities to investments in 5G.

Another example is SK Telecom, which a month and a half ago launched Ifland, a metaverse platform designed to maximize the experience through virtual spaces and avatars, also supported on the 5G infrastructure. It offers to recreate socializing environments through virtual reality or participate in virtual meetings, the virtual meet-ups.

Users can open different virtual rooms, and once in them personalize them, meet other people, interact with them, follow them. The Korean operator is clear that the audiences that will most strongly adopt these proposals will be those known as millennials and centennials, who they will be the ones that will consume the most what is distributed by the 5G networks as they reach maturity in their work environments or are inserted in them. SK Telecom is planning to organize reading festivals, concerts, artistic, leisure and intellectual proposals. Because he knows that these generations will have a special interest in meeting in these new virtual worlds. 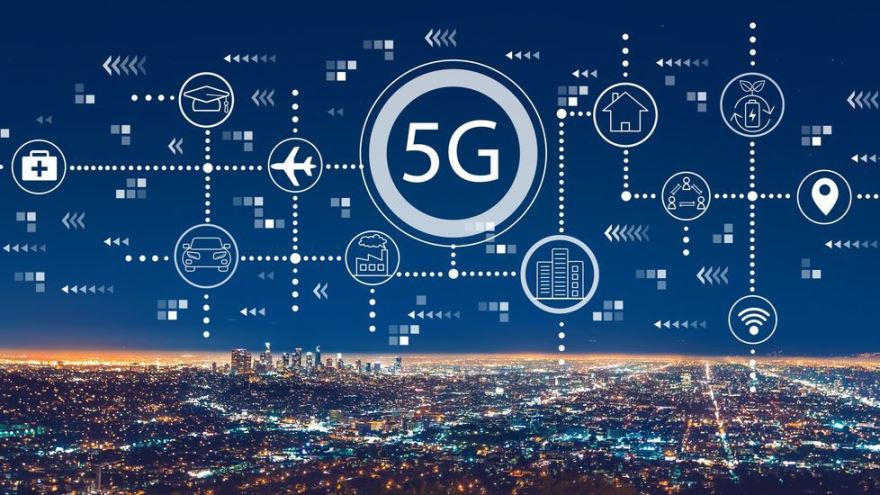 Why is everyone suddenly talking about it?

The metaverse is a relatively old idea, which seems to gather momentum every few years, only to fade out of the conversation instead of generating more immediate opportunities.

Perhaps unsurprisingly, those working on this technology see signs that this time it could be different. “A lot of the people who were working on it before … are still involved. It’s just that we’ve been waiting for certain technological advances,” Alton said.

What’s more, after the pandemic forced much of the world to work, learn and socialize from home, many people can feel more comfortable interacting virtually than two years ago. That’s something that tech companies may be trying to capitalize on.

A change like “this is always a iterative process of several decades… and yet despite that fact, there is an unmistakable feeling in recent years that the fundamental pieces are coming together in a way that feels very new and very different, “said Ball, the venture capitalist. .

Will the metaverse have the same problems as the Internet?

Proponents of the metaverse say there could eventually be a huge commercial potential. A completely new platform on which to sell digital goods and services. It could also have benefits on the way humans interact using technology.

“What we are really doing is discovering ways to add technology to our lives to improve them and improve our communication with other people,” said RealityPrime’s Bar-Zeev. “It’s not just about conquering a whole new world.”

But there is also a series of concerns on how the metaverse could be used or exploited. Zuckerberg said last week that ads will likely be a key source of revenue in the metaverse, just as they are for the company today.

But some in space worry that a ad-based business model believes, on the one hand, people who have, who can, afford to pay for a helmet without advertising or a metaverse experience, and who do not have, who cannot, replicating the inequalities present in the real world.

“I don’t want to see a world where we segregate people from those who can afford to get a best experience and those who don’t, “Bar-Zeev said. He added that online harassment could become more intense when users are able to assault each other’s virtual bodies, rather than simply exchanging unpleasant words on a screen.

Data privacy and security could also become bigger concerns when “more of our lives, our data, our work, our investments now exist in purely virtual form,” Ball said. And other issues, like misinformation and radicalization, could also get worse in the metaverse.

“If you can now replace someone’s entire reality with a alternate realityIt can make you believe just about anything, “Bar-Zeev said.” Everyone’s responsibility on the field is to prevent bad things as much as possible and to encourage good things. “