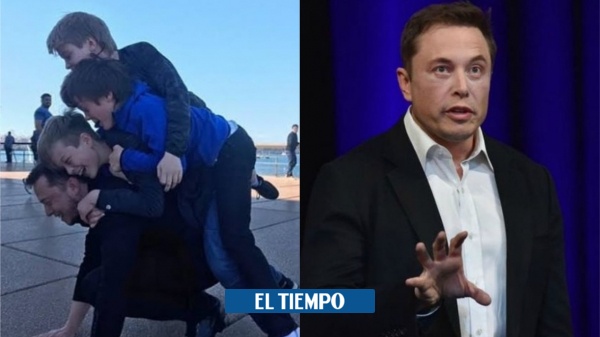 Elon Musk has 6 sons males. Five of them were born from his marriage between 2000 and 2008 to Justine Wilson, while the sixth, a boy named X Æ A-Xii born in May 2020, is the product of his relationship with the singer Grimes.

(Read also: This is the small prefab house that Elon Musk lives in).

The exclusive and innovative school, whose name means in Latin ‘towards the stars’, is located on the premises of your company SpaceX, in California, United States.

In 2014, the CEO of Tesla, who has said that he hated school when he was little because he perhaps suffered from school during his childhood in South Africa, decided to found the school with his own methodology.

To set it up, the mogul received support from a former teacher at the Mirman School for Gifted Children, located in Beverly Hills, Los Angeles, which was previously attended by his five children. Thus, he created a school whose objective is not to rate students with grades, but to find their aptitudes.

In 2015, the founder of SpaceX spoke for the first time about this project. “I created a small school,” he said in a television interview in Beijing.

(You may be interested in: Not to believe! See the CEOs of top low-paying companies).

“Indeed, there are no qualifications, rather than treating the school as an assembly line, I think it makes more sense to cater for education to match your skills and student abilities,” he said at the time.

In 2015 Musk said that there were already 20 children studying at Ad Astra; However, the ‘BBC’ documented in 2018 that the school already has 40 students.

These children do not study the subjects taught in regular schools, but rather learn about Artificial Intelligence (AI), applied science, coding and creating robots.

(We recommend you read: Elon Musk: What does it take to work with the mogul?).

What are the peculiarities of the school?

Contrary to traditional schools, in Ad Astra students are not divided by age, as Musk believes that this does not make sense in the educational system since students have interests and abilities that do not depend on how old they are. For this reason, boys between the ages of 7 and 14 are taught to work together as a team.

On the other hand, the school’s approach is based on problem solving and gamification, as Musk sees education through games as useful for children.

The 50-year-old businessman did not include sports, languages ​​or music in his curriculum. As he has stated, nowadays there are real-time translation software, so he did not want his children to learn foreign languages.

Christina Simon, author of the book ‘Beyond the Catalog: A Connoisseur’s Guide to Los Angeles Private Elementary Schools’, spoke a little more about Ad Astra with the ‘BBC’.

“The philosophy of the school is experimental, it is not based on a curriculum. Musk decided that he wanted to educate his children and a small group of children that way. It is something that he developed, it is his idea, it is not a traditional school,” he said. the author.

It is not known exactly who is admitted to Ad Astra, what is known is that they do not have to take any IQ test to be admitted. Potential students visit the school and interact with the teachers, who determine if the little ones could learn and enjoy the model created by Musk.

The idea of ​​Ad Astra is to stay exclusive, so even though they want to increase the roster, there is still a lot of ignorance about how it can be applied.

“Se said at some point that Ad Astra was for the children of SpaceX employees, but it is not clear to which workers the offer is made, or to how many or under what conditions (…) It is not known exactly who these are kids“Simons told the aforementioned media.

Another question that arises in this regard is whether the children who graduate from Ad Astra have the skills to enter a university. Most likely not, considering that Musk is not very interested in college education and has even criticized it.

“I think college is basically a place to have fun and show that you can do the homework they tell you, but that’s not for learning,” he said in December 2020.