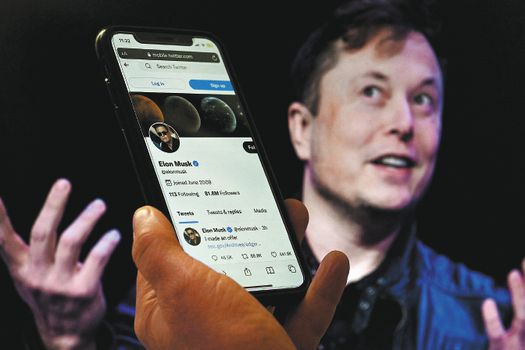 The tycoon Elon Musk, who has just acquired Twitter for 44,000 million dollars in a resounding operation, which was world news for several days, plans to put it up for sale again in just three years, according to The Wall Street Journal (WSJ). .

The newspaper, which cites sources familiar with the matter without giving details, adds that the agreement to close the future sale operation will be closed throughout this year, after consulting Twitter’s shareholders and regulators.

You may be interested in: We return high: we tested the Samsung Galaxy S22 +.

According to the newspaper, Musk is in contact with private investment funds to help him pay the 21,000 million that he promised to contribute as his own funds to acquire the social network, one of those funds being the company Apollo Global Management.

The objective of the operation, which would be to remove Twitter from the spotlight for the next few years, is to convince investors that it can rapidly increase the profitability of the social network and thus make it more attractive.

Musk has not given many concrete clues about what he plans to do with Twitter, beyond the financial aspects, but he has hinted that he wants to reduce what he calls “censorship” on the network, in reference to content moderation policies. hateful or extremist.

The billionaire tweeted today that there are “organizations that want to control your access to information”, to which he commented: “Sunlight is the best disinfectant”.

👽👽👽 Are you already aware of the latest news from technology? We invite you to visit our section on The viewer.