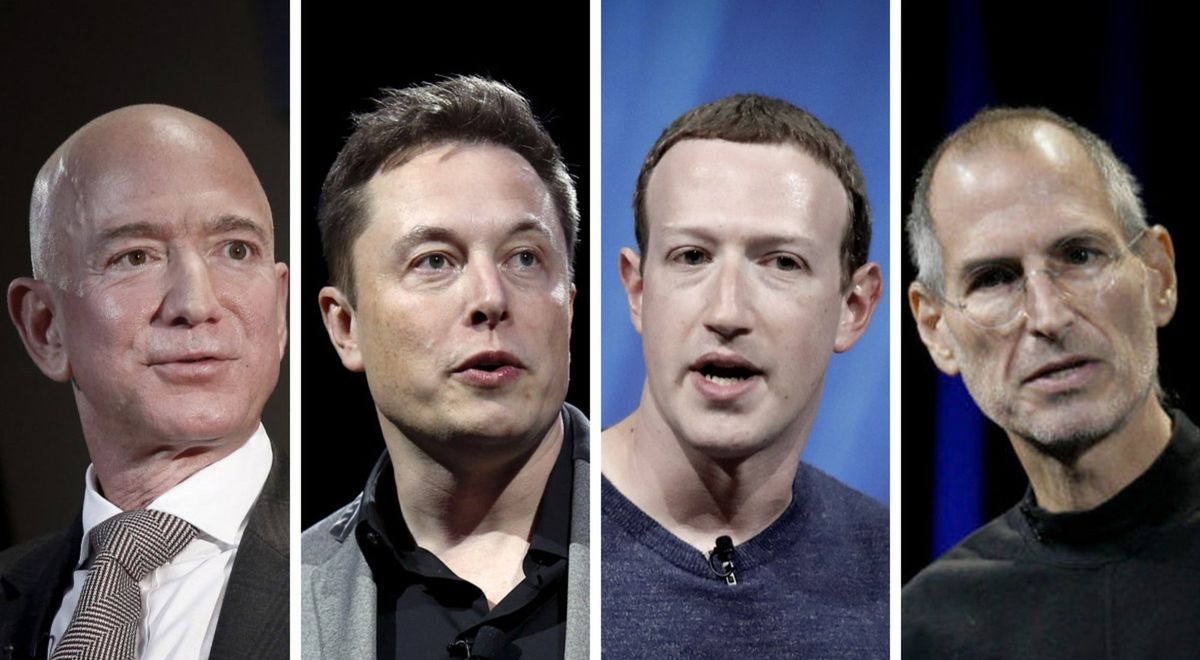 While we should not underestimate the entrepreneurial talent and perseverance that most entrepreneurs have rich and influential of the planet, there is a condition that played a fundamental role in its success story, and it will be quite demotivating for many.

None of the tycoons who top the Forbes and Bloomberg rankings were born into a poor family. All of them come from a privileged environment.

Thus, the CEO of Tesla, Elon Musk, was born into the family of the successful engineer and real estate developer South African Errol Musk, who was already a millionaire before 30, and model and nutritionist Maye Musk. According to rumors circulating in the media, Errol owned an emerald mine during apartheid, although this information is unfounded.

YOU CAN SEE: Emails from Elon Musk are leaked: what instructions do you give your workers?

Musk himself refutes the information and emphasizes that no one helped him in his studies and that at one point he had a student debt of $ 100,000, despite coming from a wealthy family.

As for Amazon founder Jeff Bezos, his maternal grandfather Lawrence Gise headed the headquarters of the US Atomic Energy Commission in Albuquerque. In 1986, Bezos graduated from the prestigious Princeton University, and in 1995, his parents, Jackie and Mike, invested almost $ 250,000 in his startup, Amazon, something that at the time helped him take his first steps in the world of business.

Microsoft’s father, philanthropist and investor Bill Gates, is the son of prominent attorney William Henry Gates II and the director of First Interstate bank, president of the charitable organization United Way of America and a member of the Board of Regents of the University of Washington, Mary Gates. Gates’ parents – who also had strong ties to another tech giant, IBM – undoubtedly played an important role in Microsoft’s take-off.

Warren Buffett is not only one of the most successful investors today, He is also the son of Congressman, investor, and stockbroker Howard Homan Buffett. Warren bought his first shares when he was just 11 years old. And just 15 years later, it increased its capital to $ 140,000. To date, he is the sixth richest person in the world, with an estimated fortune of 96,000 million.

The founder of Facebook, Mark ZuckerbergNor does he come from a poor family. The son of a psychiatrist and a dentist, he studied at the prestigious Phillips Exeter Academy private school and at Harvard University. In 2004, Zuckerberg asked his father for a loan of $ 100,000 in exchange for two million Facebook bonuses.

What do the richest and most influential men in the world have in common?