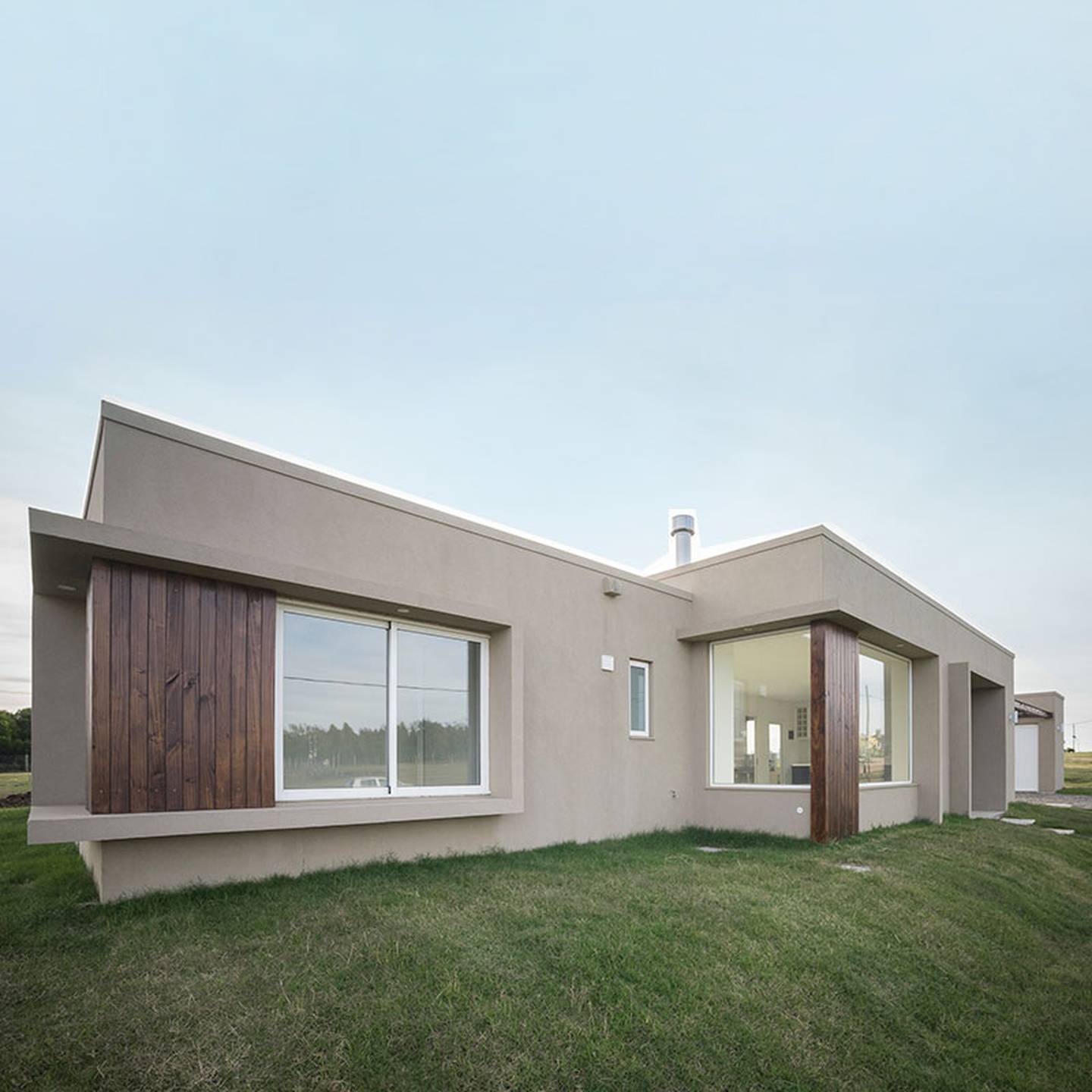 The bottom Breakthrough Energy, founded by american Bill Gates, announced at the end of July investment of US$30 million in the company Vantem, a company with subsidiaries in the United States, Uruguay, Brazil and Chile that manufactures homes from modular construction systems. How are these sustainable homes and what caught the attention of investors?

Director of Vantem Uruguay, Humberto Moreira said in an interview with Bloomberg Line that the system has “a real effect” in energy efficiency and carbon footprint reduction throughout the process, from construction, to assembly and subsequent use. Thus, Moreira considered that the option offers “a very powerful combo” between costs, time and energy savings.

Energy efficiency and a sustainable production model, together with the possibility of scale build mode in other parts of the world, were the main points that led to the investment decision of Breakthrough Energysaid the Uruguayan builder.

In this modular construction system 95% of the process is done in an industrial plant, Moreira said. Once finished, the product is placed on a truck and transported. What is done on the ground are the basic works, fittings if required, and the electrical and sanitary installations.

Vantem works through a building SIP system (Structural insulation panel). The product is based on two cement-based plates, which have thermal insulation in the middle. The plates are refractory, inert and fireproof. Each piece is between three and four square meters, so it is estimated that there is also a saving over other traditional constructions.

The build works like a plate insert, but without other intermediate pieces, which on the one hand would lead to consuming more resources at the time of assembly and, once the house is in use, it would require more energy to maintain it.

The keys to an efficient system

Vantem Uruguay began in 2013 an investigation on different construction systems, with a focus on how to generate a greater market and volume of housing in the country. There they designed a catalog of industrialized homes and brought the SIP construction system, with a patented technology.

The selected construction system is dry and industrialized from thermo-insulating panels that provide a solution for high performance in terms of energy and faster for the structure and masonry. Drinking water is not used for its manufacture and no polluting waste is generated, the company assured.

According to the company, construction at an industrial plant collaborates with a better control and standardization of management processes, use of materials and design to optimize deadlines, costs and quality. In turn, the controlled process generates less waste, less disruption to the construction site, and is safer.

This part of the cycle allows reduce by 80% the energy and resources of a traditional work, but it also speeds up the termination cycle, Moreira said. “This allows us to be more efficient in terms of terms and costs and also in energy efficiency,” summed up the director of Vantem Uruguay during the interview with Bloomberg Line at the company’s offices.

“In general, the wet system is more inefficient and more difficult to industrialize because they are processes that require longer terms. Dry systems are buildable, so they tend to be faster and easier to replicate and scale,” he explained.

The system has four times more thermal insulation than the traditional work, said the businessman. At the same time, it allows to reduce the requirement of labor and resources for assembly. Later, During use, energy consumption is reduced by 400% to 500%. “That gives you a real impact on reducing carbon footprints,” Moreira said.

The company has some 300 thousand square meters built in Uruguay. According to the company, that means 3,000 fewer tons of greenhouse gases released into the atmosphere from use.

The cost for square meter of a dwelling of this type can vary between $850 and $1,250 depending on the range.

The construction of a standard house with two bedrooms and one bathroom takes 30 days of construction, Not counting installation on the ground.

The company started in Uruguay with specific construction works, but since 2021 it launched a catalog of houses industrialized for the final consumer market.

“It is changing the rules of the game. It is to think of housing as a product and not as a service. It is not that you are going to build a house for yourself, but rather that you choose one of the houses that are already developed, they already have their model, their conditioning factors. Now we are beginning to generate our own stock and if there is one of the houses that we have there and you like it, you take it with you,” Moreira said.

Vantem has a planned investment of US$32 million for a plant in Uruguay, financed in part with the money that the company will receive globally from the Breakthrough Energy fund, as reported by El País.

The construction firm is in talks for its expansion in the region, both to Argentina and Brazil. “The timing depends a bit on the partners and the steps we take in Uruguay,” Moreira said.

The company’s plant has the capacity to produce between 15 and 20 houses per month and aims to produce up to 50 houses in 2024.

The main focus is on houses of up to three levels, with special interest in the interior of the country. “The only thing we have to measure is transportation. It’s not that we have to travel 400 kilometers with the entire industry to do a job. That is the great differential of why we are aiming to carry out projects of 200 or 300 homes that do not have to be in Montevideo or Canelones”, said Moreira.

What are the sustainable homes for which Bill Gates’ fund will invest in Uruguay?