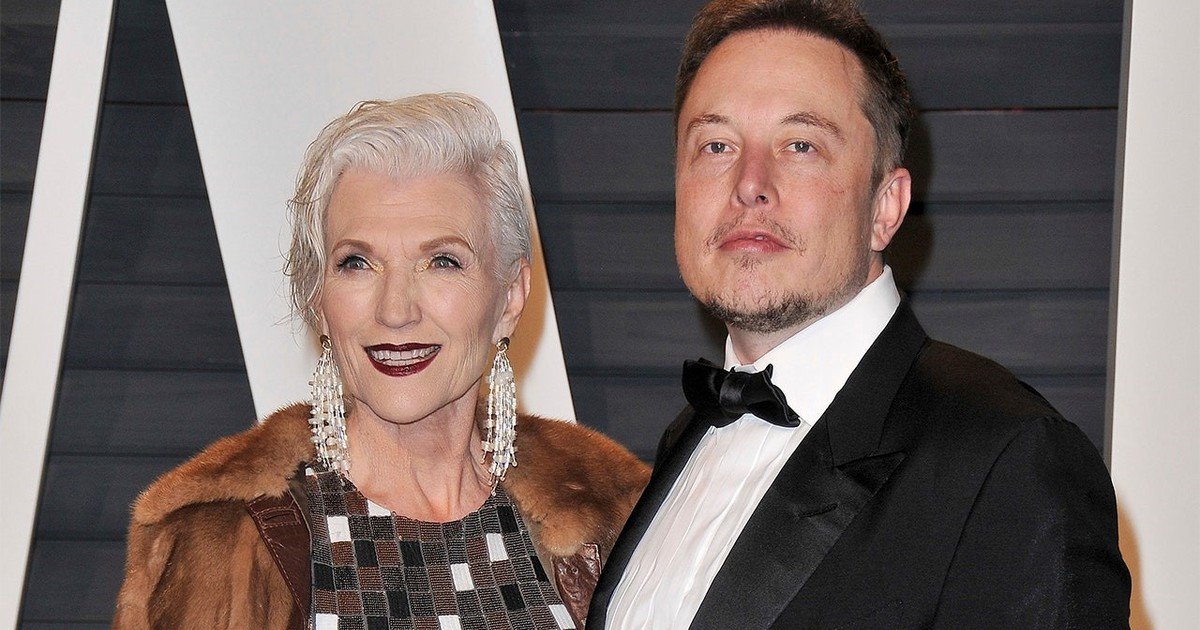 Not just everything you touch or mention Elon Musk has the possibility of turning into gold, but this luck also applies to the circle that surrounds it. This year, his mother, Maye Musk, wrote a successful book where he offers the key to raising genius children.

Maye Musk was born in SaskatchewanCanada) in 1948 and moved with his family to Pretoria (South Africa) in 1950. At age 22, she married her high school boyfriend, but after nine years in an abusive marriage They separated.

The autobiographical book A woman, a plan: A life full of risks, beauty and success, tells how she raised her three children as a single mother while worked as a nutritionist helping patients with medical conditions as prediabetes or high cholesterol and also as a model.

Elon is the oldest; Kimbal, 49 He is the middle one and the youngest of the Musks is Tosca, who is now 47. While Maye was working, she only had in mind to be able to give them a good future, although she surely never imagined how far they would go.

“They had to be responsible and considerate with my work. One of the rooms in the house was my office. There is no need to feel guilty about working. If you don’t and are resentful, you will not be a fun person to your children. To have a better attitude, you will have to make a plan to work part or full time and have help in any way you can, ”she says.

This was Elon Musk’s childhood

Elon Musk got his first computer at 12. It was 1983 and the PCs were very new. He says he learned how to use it and created a program, BLASTAR, which was a game.

“Elon sent BLASTAR to PC Magazine and they sent him around $ 500 at the time. I don’t think they knew I was 12 years old. It was published when I was 13 years old. At that time, he didn’t know what he would do in his future ”.

Elon had to deal with many years of bullying, a rather complicated relationship with his father due to the mistreatment to which he had subjected his mother, and a precarious situation at home, where financial resources were not abundant.

Coral cover and adds elegance to take a selfie. (Instagram)

“Elon is building electric cars to save the environment and launching rockets. Kimbal opened farm-to-table restaurants and is teaching kids across the country how to build gardens […] Tosca has his own entertainment company, producing and directing films, ”he points out in another passage.

The child’s ability was awakened at a very early age. And although he was somewhat outgoing, no member of the family doubted that it was a great promise.

“When Elon was young, I noticed that he read everything. I was also a great reader, but I forgot the stories when I finished them. Elon, on the contrary, remembered everything. He was always absorbing information. That’s why we call it Genius Boy (genius child). We could ask him anything ”.

Soon after, Maye – who was the first plus-size model from South Africa to appear in Vogue and Cosmopolitan – returned to her native Canada with her three children, in order to provide them with new opportunities, prompting her to Elon had access to college and, over time, he ventured into business start-ups.

“I taught them to be independent, kind, honest, considerate and educated to work hard and do good things. I did not treat them like babies or scold them. I never told them what to study, “he said in his book.

‘We Call Him Boy Genius’: Elon Musk’s Mom Told Amazing Things Her Son Did At 12