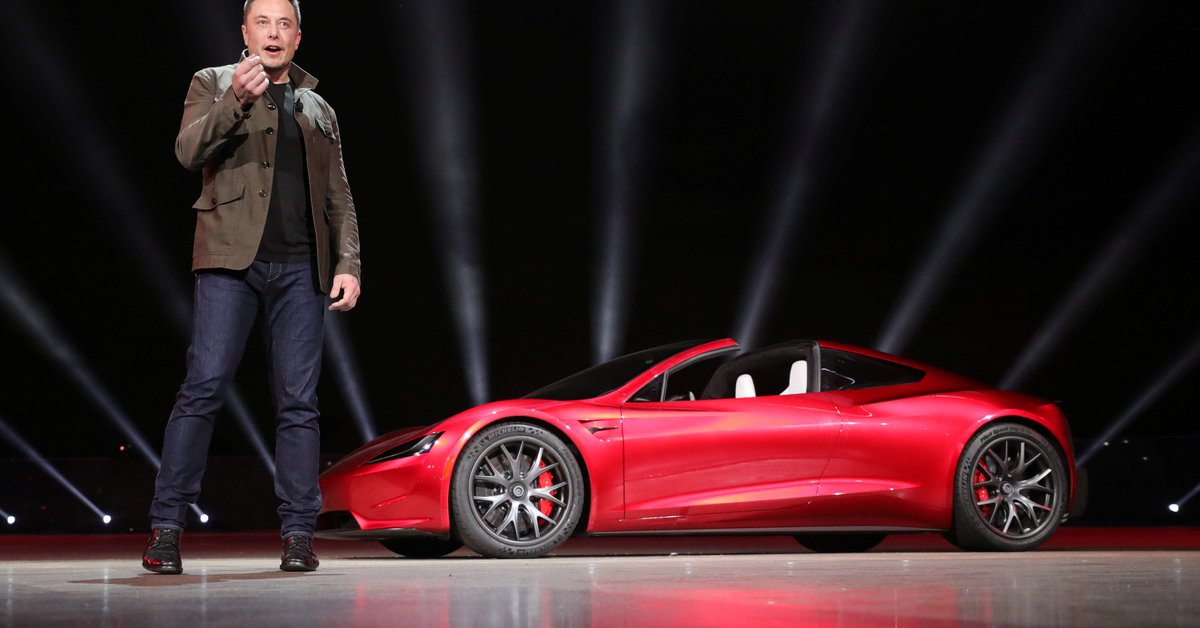 Tweet
Share
Share
Pin
Musk, at the end of 2017, when he announced the production of the new “Roadster”, whose deliveries would begin in 2020, then stretched to 2022. Musk himself now says that it could be in 2023

Although Tesla earned $ 1.142 million in the second quarter of the year, when it delivered 206,421 vehicles, an absolute record for the company, the results are still not up to what its co-founder and CEO, Elon Musk, expects.

Somewhat frustrated by a chip shortage that he called “super-crazy” and other logistical difficulties that are delaying the production and delivery of one of Tesla’s main chiches, the new version of the sport model “Roadster”, Musk wrote an email. to the firm’s employees urging them to work “super-hard” to continue improving delivery data in the third quarter.

The chip shortage, which affects several segments of the global industry, is causing “insane” difficulties, said the billionaire, whose companies, in addition to Tesla, include aerospace SpaceX, with which he aims to colonize Mars, and Starlink, with the one that aspires to provide satellite internet services even in the most remote places of the world.

But the problems, Musk explained to his employees, in a message accessed by the Reuters agency, should not be cause for discouragement, so he asked them to work to “ensure a decent number of deliveries” in the third quarter, which It will be completed at the end of September.

Musk, on a visit to the Tesla mega plant in Germany Patrick Pleul / Pool via Reuters / File Photo

“This quarter-end delivery surge is unusually high, as we’ve suffered (like the entire industry), an extremely severe parts shortage at the start,” Musk explained to staff.

In the second quarter, Tesla broke its all-time delivery, profit and revenue records ($ 12 billion). But the lack of chips and parts is not allowing it to finish many of the vehicles at its plants, which received the highest number of orders in the company’s history.

To deal with the chip shortage, it turned to a redesign of the lithium-ferrophosphate (LFP) batteries used in its Models 3 and Y in China and which it began offering to its US customers by email. In addition, it increased the price of some models, something that Musk also attributed to problems in the supply chain and caused the company to consider having its own chip factory (which would require a mega-investment) in addition to seeking to secure supplies by paying in advance to suppliers in Taiwan, South Korea and the US

One of the derivations of the production problems is the delay in the delivery of the new Tesla Roadster, a sport model capable of going from 0 to just over 96 kilometers per hour in less than 2 seconds and with a range of almost 1,000 kilometers with a charge of your battery pack of 200 kWh. This second-generation Roadster, with a base value of $ 200,000 and that Musk announced at the end of 2017, may not be able to be delivered even in 2022, something that will probably annoy – and a lot – to those who advanced $ 50,000 to reserve the car. “Basic model” and up to USD 250,000 for the “Founder” series.

A prototype of the new Roadster, according to Tesla

In principle, the new Roadster would be produced in 2020, a horizon that – pandemic through – was then stretched to 2022, but due to the shortage of chips and logistics problems it could not be next year either. Recently, when asked by a customer named Aaron on Twitter, Musk responded that “2021 has been the chain’s year of super crazy supply chain shortages. It wouldn’t matter if we had 17 new products, because we couldn’t ship any. Assuming that 2022 is not another mega drama, we should ship the new Roadster in 2023. “

20 years after the attack on the Twin Towers, what were the most important changes in air safety?
What were the investments that the Argentines chose in the final stretch towards STEP 2021