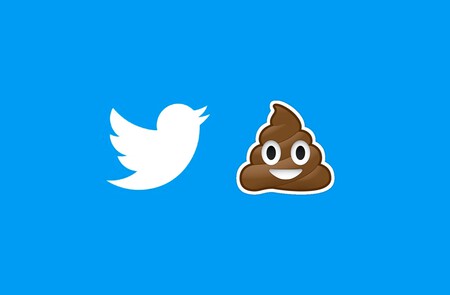 Twitter CEO, Parag Agrawal, explained this Monday how they do to detect and combat spam in the social network. Besides, has exposed the reasons why Elon Musk’s plan to calculate how many bots are in the official @Twitter account with a small sample it would not work.

The response from Elon Musk, who for a month has owned just under a tenth of the company and aspires to take over 100% of it, has been a poop emoji (💩). But that is not all, has also filed a complaint about the monetization system of the social network.

This complex scenario is presented shortly after the billionaire temporarily freeze your purchase plans until it is verified that less than 5 percent of your monetizable daily active users (mDAU) they are bots or spam accounts.

In a Twitter thread, Agrawal said that spam damages the experience of users of the social network and, therefore, can harm the company’s business. Consequently, he explained, they are committed to fighting it. “Anyone who suggests otherwise is simply wrong,” he said.

Let’s talk about spam. And let’s do so with the benefit of data, facts, and context…

But, according to the executive, monitoring and removing spam is not an easy task. Among the reasons that make this activity so difficult, he mentions that humans and bots are involved in the most sophisticated campaigns. “Many accounts that seem fake on the surface are actually real.”

Despite the difficulties, Agrawal said that more than half a million spam accounts are suspended every day. He also said that they block millions of accounts every week that cannot pass human verification processes like captchas and phone verification.

As a result, Twitter must “constantly update systems and rules” and cannot completely eradicate spam. However, the company says that less than 5% of your monetizable daily active users (mDAU) are spam.

“Our actual internal estimates for the last four quarters were well below 5%,” explains Agrawal, responding to Elon Musk’s concerns that led to suspending the purchase of the social network and suggesting a method to calculate the number of bots. .

Regarding the latter, as we mentioned above, the CEO of Twitter assures that another methodology (such as the one proposed by Musk) could not be applied to measure the amount of spam on the platform. This is because “both public and private information” is required which they cannot share..

“Externally, it’s not even possible to know which accounts are counted as mDAU on any given day.” After that tweet, Elon Musk responded with the emoji and launched a question related to monetizable unique users: “So how do advertisers know what they get for their money? This is critical to the financial health of Twitter.”

What if the deal falls through?

With this latest move by Elon Musk, the deal is more up in the air than ever, but if the billionaire decides to back out it won’t come cheap. The agreement between both parties provides that if one of them decides to cancel it, they must face a $1 billion penaltyas long as the “conditions of the obligations” of the sale are met.

In Xataka | Twitter doesn’t know how many bots there are among its 61 million users. Now Musk has a plan to find out.