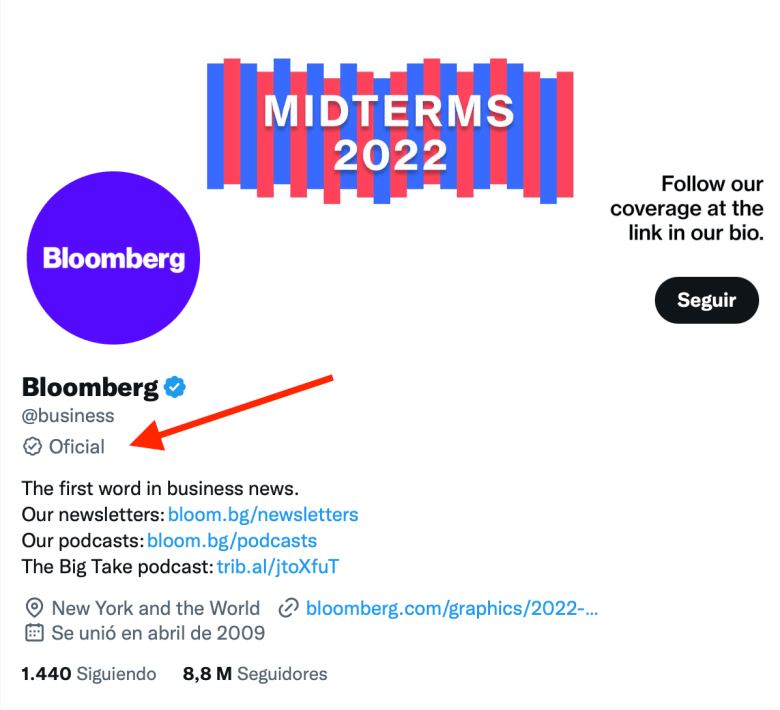 Twitter’s account verification system is in chaos right now. And sadly, it looks like swings are going to be a part of history for a while. The social network now in the hands of Elon Musk has re-enabled the “Official” badge in some accounts whose identity is likely to be supplanted.

Twitter, let’s remember, used to show a blue verification badge on those accounts that have some relevance. The goal was simple: confirm that, behind her, is the real person. That is to say: that it is not a false account that tries to impersonate the identity of the subject in question, a parody account or someone who shares the same name.

Elon Musk, however, thought it would be a good idea for anyone could get this badge if they paid for the Twitter Blue subscription (at a cost of eight dollars). From an economic point of view (attracting more income) it may make sense, but the purpose of verification, in its origins, was not to increase income of the social network, but to make Twitter a more secure platform.

The fruits of such a movement were not long in coming. Many accounts began to impersonate the identity of relevant people or companies and, after paying the subscription to Twitter Blue, they obtained the aforementioned verification badge –their identity was not verified–, achieving a degree of credibility that, with the previous system, they would not have obtained. The result is ironic considering that Elon Musk has been one of the most critical of the amount of SPAM, bots and scams on the platform.

Twitter promptly suspended said accounts. But the damage was done and confidence in the verification icon was in question. Elon Musk, in this situation, announced the arrival of a second badge under the username it says, simply, “Official”. The accounts of hundreds of politicians, media outlets and the like suddenly had this icon.

The problem? Twitter had an icon for that purpose. One that had been active for years, had given good results and was recognized by the users of the platform. The new system made everything unnecessarily more confusing. And it didn’t solve any problem.

Elon Musk, in a response to the well-known youtuber MKBHD, announced the withdrawal of that “Official” insignia that you just implemented. But the step back has not lasted even a weekthen the social network has reactivated it in thousands of accounts this Friday. One more swing that does nothing but increase the confusion among the users of the platform.

Elon Musk’s goal is attract more people to Twitter Bluethe paid subscription, to improve the economic situation of the company –which lose money every day–. Making any subscriber able to get the verification badge is therefore one more claim to add revenue quickly. The problem is that this initiative directly affects the trust and even the security of the platform. And these first days of tests have shown it.

It is difficult to see what the future of verifications will be. Elon Musk is known for sudden and unexpected rudder turns. And in his early days on Twitter, you could easily see that dynamic. That makes any prediction about it difficult. What is a fact is that Twitter had a totally valid system that, at least for the moment, has become quite chaotic.

How to know if an account is really the official one or if you have paid for it?

Right now, There are two ways to know if an account is really official or, in reality, the blue badge is the result of the subscription to Twitter Blue.