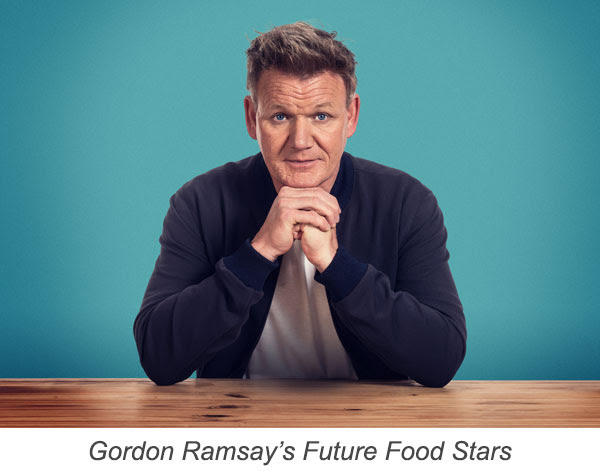 “Throughout the market, the interest that exists in our extensive quality catalog has never been higher,” says Yari Torres, VP for Latin America. “Our priorities remain delivering quality content to our customers while finding the perfect homes for our titles.”

The executive adds that the company is excited to see the expansion of international streaming services in Latin America, “which means that there is more opportunity to establish new alliances, with more interest in a variety of content that we cannot wait to present to our clients” .

On trends in scripted content, Torres comments that “intelligently written and beautifully shot thrillers are always popular in the region, and we are happy to continue offering high-quality titles. quality to buyers. Coming from Clapperboard Studios, Night Train Media and BlackBox Multimedia, the company is offering The Ex Wifea psychological thriller packed with unexpected twists and cliffhangers in every episode.

Also, Witness Number 3 is a thriller from Story Films, producer of the acclaimed and ratings-winning series, The Thief, His Wife and the Canoe. Meanwhile, The Confessions of Frannie Langtona Drama Republic production, follows in the footsteps of Frannie Langton, a 20-year-old ex-slave, who becomes the prime suspect in a double murder after traveling from a Jamaican plantation to the grand mansion of George Benham and his beautiful wife, Madame Margaret.

“Premium factual content remains a key focus of our unscripted content strategy, and we are excited to showcase an impressive offering of premium factual content,” Torres notes. In All3Media International’s portfolio for MIP Cancun you will find Stolen: Catching The Art Thieves, from Lion TV, showing how daring heists, priceless works of art, and the criminal underworld are all connected. For its part, Rise of the Billionairesfrom 72 Films, is a four-part factual series that explores the origins of entrepreneurs like Jeff Bezos, Elon Musk, Mark Zuckerberg, Sergey Brin and Larry Page, who have shaped the modern world.

Torres also highlights the strong interest in the region for true crime content, with All3Media International presenting How to Hire a Hitmanfrom Story Films, which takes a look at the dark web.

And customers in Latin America continue to be interested in the dynamic and engaging drama of Gordon Ramsay’s catalogue. At MIP Cancun, the company will present Gordon Ramsay’s Future Food Starsa competition format from Studio Ramsay, where the famous chef looks for the entrepreneurs who will revolutionize the gastronomic industry. Cooking Up Loveanother culinary entertainment format from Triple Brew Media, follows a celebrity chef who invites three single foodie students into a beautiful setting to help them find love through cooking and food.

All3Media International is also preparing to attend ATF in Singapore. “We look forward to reconnecting with our customers and friends at ATF,” says Sabrina Duguet, executive VP of Asia Pacific. “A lot has changed in the last two to three years since the last market was held, and All3Media International has also grown a lot and diversified its content even more.”

The company’s scripted formats have been successful in the Asia Pacific region, Duguet notes. “Currently, we have 10 adapted scripted formats in Asia and another five are in development,” says the executive. “We have seen a significant increase in production budgets competing with content seen on global streamers, so adapting formats has presented a more creative and cost efficient production path for our clients, which has been very successful”.

An example is Masooman Indian adaptation of the drama series Blood, which launched on Disney+ Hotstar as the number one Indian series on the platform. astro is producing Roll in Malaysia and there is an award-winning version of Cheatfrom Two Brothers Pictures, which was released as Mithya in SEZ5 this year. An adaptation of the comedy series Step Dave is also being produced in the region.

Furthermore, Duguet comments that quality international dramas from leading producers are always in demand in Asia Pacific. “Customers are looking for shows with strong production values, great storytelling and stellar casts, and we’re excited to deliver them.” The executive highlights The Gymnastsan Italian thriller from Indigo Films and Englishan emotional western from Drama Republic.

Escapist scripted content also continues to be popular with All3Media International clients in Asia Pacific. Featured include All Creatures Great and SmallPlayground’s global drama, and The Larkinscoming from Objective Fiction and Genial Productions.

“We are seeing a growing demand in the region for high-quality factual content, so we are excited to offer a variety of flagship titles from award-winning factual producers that feature must-see true stories with global appeal, compelling narratives and high production values,” he says. Duguet. Featured include the previously mentioned, Rise of the Billionaires, Saving Venice from Lion TV, featuring first-person stories about the struggle to save the city from rising seas and over-commercialization, and Obsessively Creative’s documentary, Wild Oman: Wonder of Arabia. An upcoming highlight is The Royal Crown (working title) from 72 Films, showing a forensic exploration of the realm of the English royal family under the late Queen Elizabeth II.

On the entertainment side, there is Future Food Stars Australia, in which global cooking star Gordon Ramsay teams up with Australian business tycoon Janine Allis to find new culinary ideas and the hottest Australian cooking star to receive a cash investment. In the offer of entertainment formats, the adventure reality series of idtv, The traitorswhich has been sold to 11 territories in 11 months, and Unknown. Another reality game show is Don’t Scream from MaverickTV. “Our established format brands remain popular across our territories, and we continue to see titles like kitchen nightmares, Cash Cab Y Undercover Boss they continue to travel well”, says Duguet.