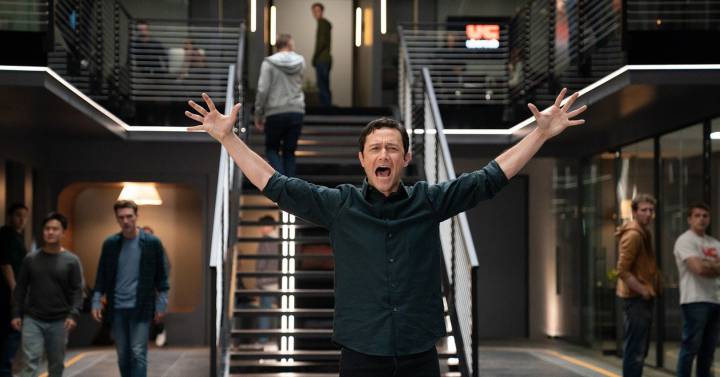 The history of technology companies in Silicon Valley has been an inexhaustible source of interest for film and television in recent decades. Proof of this are great films like Steve Jobs, The Social Network, Pirates of Silicon Valley or very interesting series like the inventor either startup.

superpumped. The battle for Uber is a Showtime channel series, created by Brian Koppelman and David Levien (also creators of the series billions), which shows us the birth and growth of the technological Uber, based on the book by Mike Isaac, and focuses on the controversial figure of its founder Travis Kalanick (a correct Joseph Gordon Lewitt) who becomes a fundamental piece in both the successes as in the scandals that the VTC company has been involved in.

The series reflects the way in which Kalanick manages to make Uber a technological giant through a culture of total disregard for existing regulations and privacy, hiding behind the fact that it was the only way to achieve a disruption in the transport sector. of travelers. The self-centered founder of Uber, based on Machiavelli’s principle that the end justifies the means, will try to fool everyone: customers, drivers, investors, public administrations, competitors, as well as the rest of his own employees. Likewise, it will allow a culture of sexual harassment in the company that will also end up transcending the media and affecting the company’s reputation.

The denunciation of this toxic culture around Uber is one of the arguments used by the series to criticize the American dream materialized in many Silicon Valley companies and indicate that not everything goes and that the ethical values ​​of the company must be above the founders and their egos, as important as these are.

Another axis of the series, more relevant from a legal point of view, is Kalanick’s relationship with his investors, especially with Bill Gurley (played magnificently by Kyle Chandler) who was the first investor who supported him and who tries at all times to don’t lose your moral compass, assuming a rational counterpoint to the childish behaviors and attitudes of the founder of Uber. The control of the board of directors that Kalanick achieved through a system of dual-class shares, where those owned by the founder have greater voting rights, makes the political struggle for control of the company with its investors, among the that was also Google Ventures and Ariana Huffington (role that embroiders Uma Thurman) is fierce.

The need for financing, the possibility of acquiring its main competitor (Lyft), the conquest of other markets with special reference to the difficulty that the Chinese market always poses, the technological challenges such as autonomous driving, or the IPO plan under the reputational risk that scandals entail, are some of the interesting topics that the series deals with as it allows us to accompany Kalanick and his dictatorial management style for seven chapters through the Uber headquarters.

Especially interesting is also the relationship of Uber, and consequently of many startup with the great American technology companies, specifically their dependence on the Apple Store or their interest, bordering on the pathological, in Google investing in the company and rubbing shoulders with Larry Page and Sergey Brin. They are the new “gods” that every founder wants to approach.

A very fast, entertaining and current series, with multiple cultural references and intelligent dialogues, that shows the dangers of certain prevailing mottos in Silicon Valley consisting of going fast, breaking things and not respecting the rules. Disruption also requires good sense and, above all, ethical and moral values ​​in accordance with the responsibility that it and its growth entails.