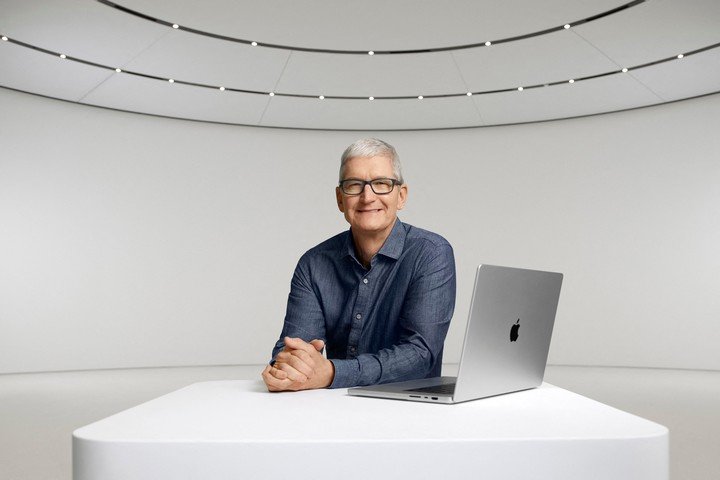 Tim Cook is committed to a type of affordable technology, which has its advanced components but is clearly understood so that it can be used. In this sense, the CEO of Apple he talked about Mark Zuckerberg’s metaverse and he was blunt.

According to his vision, most people don’t know what the metaverse isand therefore he and his company will give up for the time being to refer to this concept.

“I always think it’s important for people to understand what something is. and really i’m not sure the average person can tell you what the metaverse is all about”, Cook told the Dutch publication Bright.

The head of Apple also showed his skepticism regarding the virtual reality (VR) glasses that are essential to be able to enjoy the metaverse that Meta wants to impose on us, but Cook does not see that option clearly.

Cook also expressed skepticism that people are willing to spend Long periods of time to VR in the future.

“Even though it’s something you can really immerse yourself in, I don’t think you want to live your whole life that way. Virtual reality is for set periods, but it’s not a way to communicate well.”

The tech industry is fragmented over the present and future possibilities of the metaverse and its advancement in society. There are those who trust this virtual reality as the next great revolution.

Especially Mark Zuckerberg, who has staked a large part of his fortune and prestige on the development of this virtual reality. For now, with disastrous results for his pocket.

The concept that Cook does support is that of augmented reality. It is true that this term is closely related to the metaverse, but for him it is much easier to understand: an immersive experience that will change our lives.

This path where he chose Apple. Although at the moment it has gotten little juice out of augmented reality. However, it is expected that in 2023 glasses with the company’s seal will be released, which could cost between 2,000 and 2,500 dollars.

For Cook, the future of augmented reality “will go far, far beyond” current applications and will be a technology so profound that it will “affect everything” around us. According to his theory, there will come a time when society will ask: “How could we have lived without augmented reality?

The virtual world of Meta in danger. Photo Facebook

According to Meta’s quarterly report, the losses of the Virtual Reality division of the company -in charge of the mission- reached 2,960 million dollars.

Zuckerberg acknowledged that those losses could continue for several years more until VR apps and its metaverse platform are mature enough to take advantage of the “massive opportunity” valued at “hundreds of billions of dollars.”

The main reason Meta has been going downhill and unchecked began with its reveal to the world of its metaverse concept, some analysts estimate. However, Zuckerberg shows no doubts and is willing to wait as long as it takes.

The concern of its shareholders is that they do not see a clear direction in which this new initiative is pointing, which has been threatening to stand out for more than a decade without having achieved it to date. Nor are users very convinced of the idea.

Tim Cook, lapidary against Mark Zuckerberg’s metaverse: “No one understands it”

Los mayores arrepentimientos de Bill Gates a sus 66 aos
Elon Musk and an innovative funeral service for 2023
Elon Musk has managed to resurrect a social network. The problem is that it's not Twitter: it's Mas...