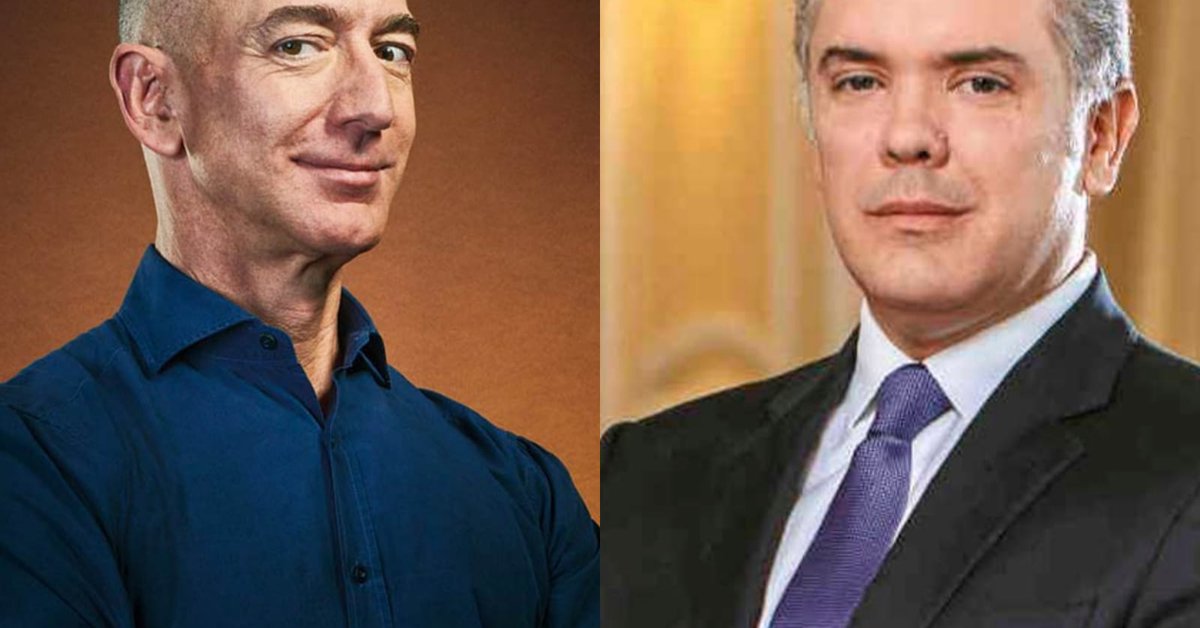 After his official visit to Spain, the president Ivan Duque He left on Saturday, September 18, for the United States and arrived on Sunday morning. One of the purposes of the president’s agenda and the main one with his visit to the North American country is his intervention in the UN General Assembly to defend his leadership on environmental issues and the fight against climate change. In the framework of his determined conviction for the conservation of resources, Duque held a meeting with Jeff Bezos, the richest man in the world, according to Forbes Magazine, to discuss this issue. It is well known that the creator of Amazon in the last year has made known his interest in investing a good part of his fortune in philanthropy, especially in everything that refers to environmental issues.

The visit of the Colombian president to the businessman’s mansion was confirmed by the Colombian Embassy in the United States, through his official Twitter account, where he also announced that two other representatives of the country were in the space.

According to different national media, the meeting they held had a great result, because after this, managed by Juan Carlos Pinzón, a donation of close to US $ 1 billion would have been achieved for Colombia in order to strengthen these objectives.

Given this news, which is one of the largest donations that Colombia has received from a businessman, the President of the Republic thanked the generosity shown by the billionaire who has a great link with the Latin American region due to his Cuban heritage.

During his visit to the United States, the president’s agenda will consist of meetings with international organizations and authorities of that country on diplomatic and economic promotion matters, the president announced this on September 19.

According to W Radio, this Monday, September 20, Duque will participate together with other heads of states such as Joe Biden, Angela Merkel and Boris Johnson, and the UN Secretary General, António Guterres, in a preparatory meeting for the United Nations Framework Convention on Climate Change (COP26).

“President Duque’s agenda is an agenda focused (…) essentially on the great issues of the global discussion: climate change, migration and of course everything that has to do with the defense of democracy,” said the Colombian ambassador. , Juan Carlos Pinzón.

It was also known that there is no agenda for the Colombian president to have an official meeting with Biden, despite the fact that Colombia is the United States’ preferred partner in Latin America and that it has multiple interviews with the North American media.

Piedad Córdoba would return to Congress, formalized her entry into the Historical Pact
Criticism of Gustavo Petro for saying that feminism stayed in the old left