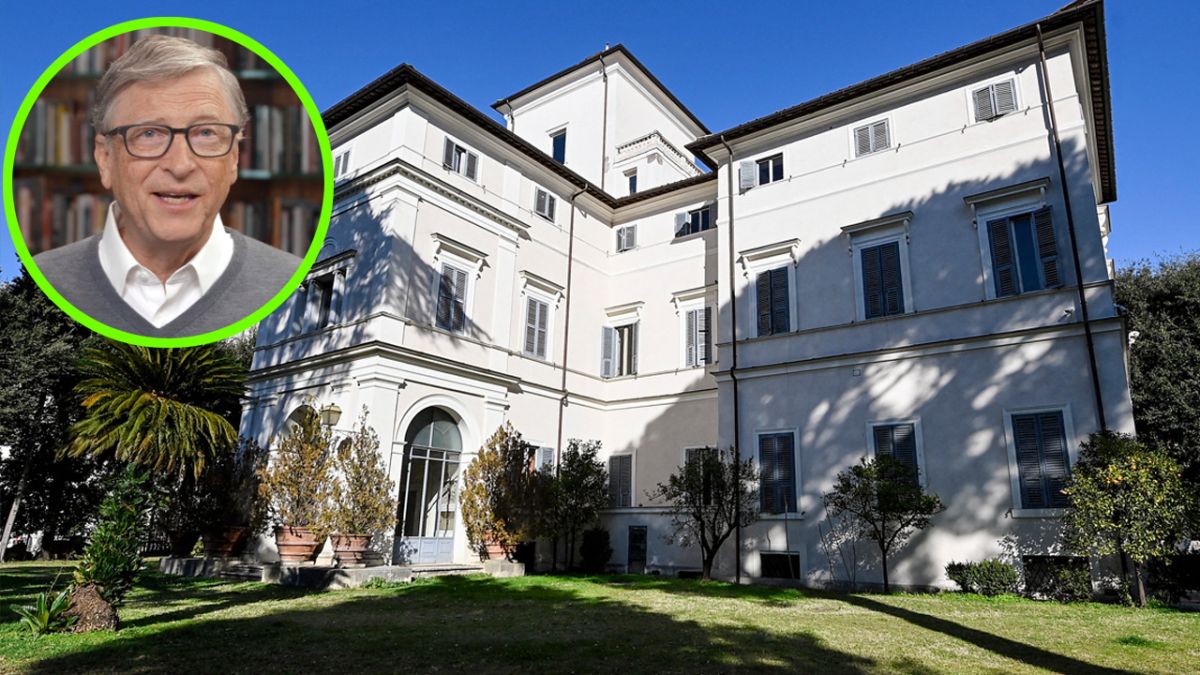 Bill gates, 66 years old and considered the fourth richest man on the planetmade two decades ago an offer of $200,000,000 dollars to acquire Villa Auroraa historic palace located in the heart of Rome, in Italy, however, its proposal was rejected by its then owners.

The property, which has an unquantifiable value, made the news again a few months ago after the Italian Ministry of Justice decided put it up for auction because of the large tax debts carried by the heirs of Nicolò Boncompagni Ludovisiwho passed away in 2018.

The mansion was put up for auction last January with a starting price of €471,000,000 eurossomething like $512,00,000 dollarsbut no one came close to the requested figure.

The lack of attractive proposals meant that the Ministry of Justice had to considerably relax its claims, which is why since last Thursday it was announced in €376,000,000 euros ($407,000,000 dollars)that is, 20% less than what was considered just three months ago.

The residence, which was once inhabited by two popes and is located on land that belonged to Julius Caesaris not only attractive for its history and its architecture, but also for the richness of the works that are exhibited there, including the only mural made by Caravaggioone of the greatest exponents of Italian Baroque.

That work of art, which shows Jupiter, Marta and Plato nakedoriginally decorated the ceiling of a cardinal’s former alchemical laboratory.

Although the work of the great master of the ‘Cinquecento’ is the one that takes the spotlight, there is also a strong presence on the property of other artists, such as Guercino, whose fresco ‘The Allegory of Aurora’ gives its name to the beautiful palace.

Likewise, one of the spiral staircases was designed by the architect Carlo Madernowhile one of the statues in the garden is of Miguel Angel. There are also paintings by Antonio Circignani, by Dominichino, by Giovanni Battista Viola, Giambattista Viola and by Paul Bril.

It also treasures a letter written by Marie Antoinette, the last queen of France, as well as a telescope Galileo Galilei.

According to information from the Ministry of Justice, the property is distributed over six floors, has an area of 30,140 square feet and with extensive gardens.

The palace, which originally housed a hunting lodge, has belonged for more than four centuries to the family of Cardinal Ludovico Ludovisi and is currently inhabited by the American actress Rita Janrette, the ‘princess’ and widow of Nicolò Boncompagni Ludovisi.

Meet the mansion that Kristen Stewart has been selling for two years, but nobody wants to buy
This is inside the penthouse of Alex Hoyer, the heartthrob who went from fan to boyfriend of Danna Paola
“He almost gave me a strike!”: Daniel Bisogno gets a tremendous scare due to fire in his mansion
Meet the mansion, European castle style, that Mark Wahlberg sells for $ 87,500,000 dollars

This is Villa Aurora, the millionaire and historic palace that not even Bill Gates could buy