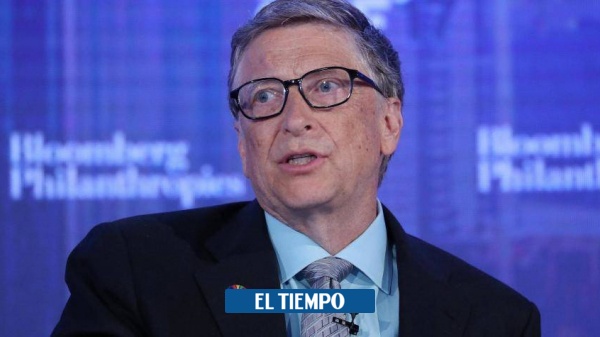 Since the beginning of the coronavirus pandemic, in 2020, the tycoon Bill Gates has stood out for being a controversial character due to his predictions about what will happen to the virus.

(Read also: Bill Gates predicts when and how the world ‘will return to normal’).

Most countries in the world have started the race for immunization through vaccines which, according to the German virologist Christian Drosten, are the best alternative to achieve long-term immunity. However, it is not known when this could happen.

For the Microsoft founder, “the end has not yet come,” he said in a report published by the Gates Foundation, conducted by him and his ex-wife Melinda French Gates.

Vaccination in the Ministry of Mobility of Cali.

“The only real solution to this problem is to have factories that can produce enough doses of vaccines for everyone in 100 days. Is doable“wrote one of the richest men in the world.

Your expectation seems a bit out of the question. Recently, Tedros Adhanom Ghebreyesus, director of the World Health Organization (WHO), said that in Africa the application of vaccines has been difficult and only 2% of the administered doses have been completed.

(What’s more: This is the number that Bill Gates earns per minute).

Gates acknowledges that the most vulnerable have been the hardest hit by this situation. “They will probably be the slowest to recover,” he confesses. His report indicates that 31 million people have fallen into extreme poverty. For its part, global women’s employment is expected to remain 13 million jobs below the 2019 level.

Their analysis recognizes that Economic recovery in different countries it has occurred in an “uneven” way. Sub-Saharan Africa, Central Asia, the Middle East and Latin America will be the areas with the latest recovery.

Therefore, it predicts that in 2030, 700 million people will be mired in extreme poverty. What has in turn has an impact on the education gap that it has gotten bigger and bigger.

The report acknowledges that vaccines are saving lives. Also that the development of multiple high-quality vaccines in less than a year is unprecedented, when with other diseases they have taken between 10 to 15 years to prepare.

For her part, the director of the Department of Public Health, Environment and Climate Change of the WHO, María Neira, told the Spanish station ‘RAC1’ that the health crisis could be controlled in March 2022, as long as the immunization of countries with low vaccine coverage is achieved.

In March 2022 the covid pandemic would be controlled, predicts the WHO