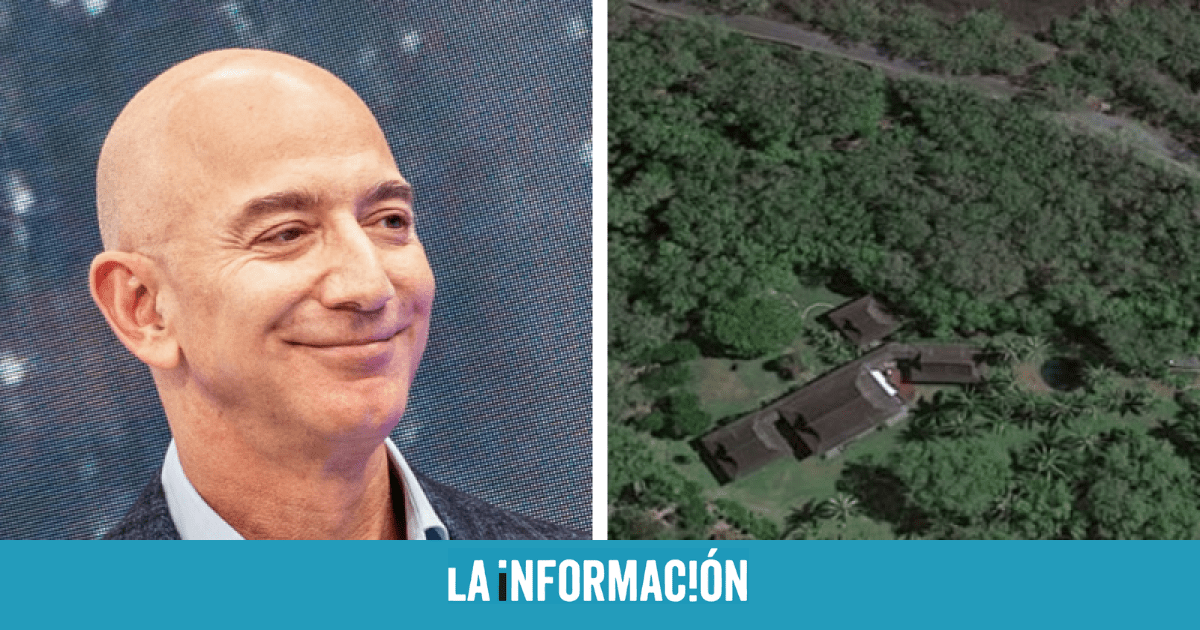 When you’re the richest person in the world, you don’t skimp on expenses. It is the case of Jeff Bezos, the CEO of Amazon, who, according to Bloomberg Billionaires Ranking, is today the second richest person in the world with about $ 206 billion. On this occasion, the founding tycoon of Amazon, along with his girlfriend Lauren Sánchez, have acquired a mansion in Hawaii for a simple getaway trip. In this sense, the couple bought land in the Bay of La Perouse on the Isla de Maui for the value of $ 78 million.

Located in a land of more than four hectares surface area, the mansion has in itself some 418 square meters and includes direct views of the sea through a private beach. Along with the main building, the complex has a guest house of about 158 ​​square meters. To this are added the surroundings of the farm full of palm trees and jungle trees that will take us directly to the tropics. In this sense, it is located within a natural park known for its peculiar and characteristic rocky landscapes.

An aerial photograph of the mansion that has a private beach.
Anthony Sayles

The plot located off the coast of the Pacific Ocean is separated by some 19 kilometers from the city of Kahului, the capital of the island. This property originally belonged to the American businessman Douglas sweetheart, co-founder of a major energy company in the country located in the city of Colorado. The CEO bought the building last 1996 with your business partners for about $ 4,200,000. It was in 1999 when the tycoon bought the mansion outright and spent several million dollars to renovate it to his liking.

Amazon and a space station

The situation of Jeff Bezos’ main company presented its results at the end of last October. Along these lines, the e-commerce giant Amazon obtained a net profit of 3,156 million dollars (2,712 million euros) in the third quarter of 2021, which represents a decline of 50.1% compared to the profits recorded in the same period of 2020. Between July and September, Amazon’s net sales totaled 110,812 million dollars (95,222 million euros), 15.2% above last year’s third quarter revenue.

On the other hand, Blue Origin, Bezos’s space company, presented a project for the construction in low earth orbit of a space station privately owned and operated. This destination will offer research, industrial, international and commercial clients the competitive end-to-end services they need, including space transportation and logistics, space room, equipment accommodation, and operations, including onboard crew.