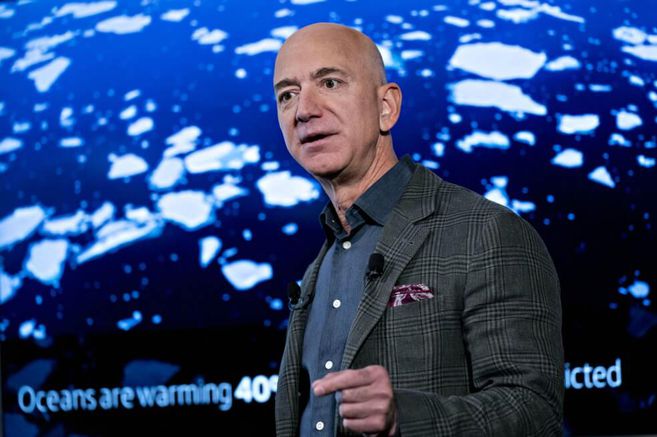 Amazon mogul Jeff Bezos will now venture into the quest for immortality. Here we tell you all the details.

Lugo of that Jeff Bezos To travel to space in the New Shepard rocket from his company Blue Origin, the tycoon is now venturing into a new business. According to the MIT Technology Review, Bezos is investing part of his fortune in various science companies that are investigating ways to achieve eternal life.

It may interest you: Jennifer Lawrence is pregnant with her first child

The most recent company Bezos invested in is called Altos Labs and is dedicated to applying biological reprogramming technology. Through this technique, the cells of the body are rejuvenated and the biological clock would be delayed.

Antonio Regalado, the journalist who wrote for the MIT Technology Review, states that “Altos is applying biological reprogramming technology, a way to rejuvenate cells in the laboratory which, according to some scientists, could be extended to revitalize entire animal bodies and, ultimately, prolong human life. “

According to El País, Bezos’ partner in this new venture is the Russian Yuri Milner. Another science enthusiast billionaire, made rich by his involvement with Facebook and Twitter, who claims to use biomolecular science to find the formula for immortality.

This medium states that the group of physicists, biochemists and biologists working for Milner is already doing tests to rejuvenate animals. At the moment it is known that the first tests will be carried out in mice. Entire tissues and organs will be used to observe the results of the techniques.

Among the scientists who will be part of this company are two Spanish professionals: Manuel Serrano and Juan Carlos Izpisua. According to Regalado, the scientists will have salaries of more than a million dollars annually.

Read also: Juanes: know his mansion in Florida, his fears and 17 other facts about the singer

Consulted by El País, Serrano, an expert in biomedical research, assured that they offered him a large budget, autonomy in his study and between 5 and 10 times more remuneration than he currently receives. The scientist said that “the goal is to understand rejuvenation.”

Another to join the Altos Labs workforce is Japanese. Shynia Yamanaka, who won the Nobel Prize in Medicine in 2012. Her research consisted of a technique to “rewind” adult cells and bring them to a state as if they were from an embryo. His position would be that of president of the scientific advisory council of Altos and he would not receive remuneration.

At the moment no further details are known and Altos Labs carries out its activities with a high degree of secrecy. We will have to wait for the investigations to advance to know the results.

We invite you to learn more about Jeff Bezos in the printed edition of Cromos Magazine, where he is on the cover. You will find details of the founder of Amazon. There is much more in the number that you can acquire by calling (031) 4232300 in Bogotá or by entering https://suscripciones.elespectador.com/producto/cromos/. Find the Cromos Magazine every month at points of magazines, drugstores or chain stores; at home in La 14, Drogas La Rebaja and Jumbo, or through Rappi in Farmatodo, Carulla and Éxito.