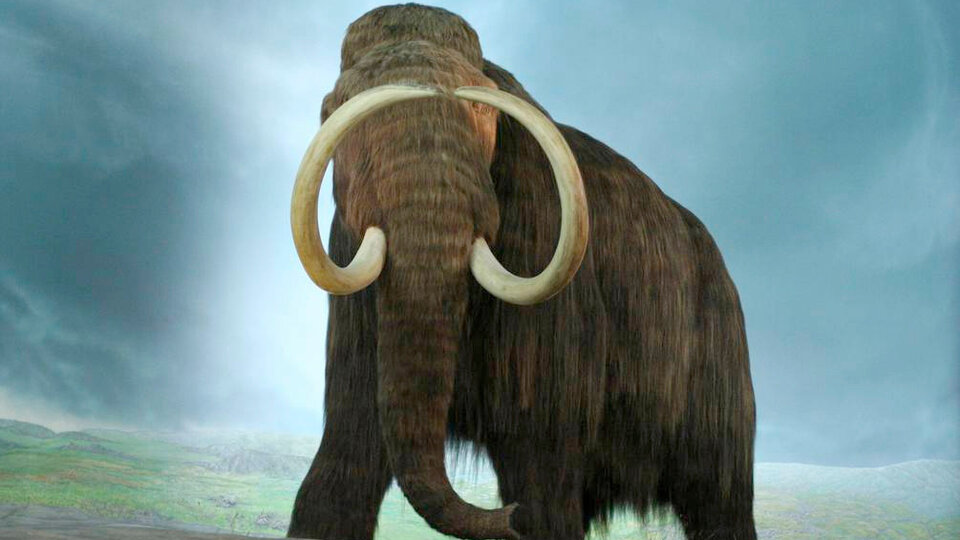 Colossal, an American company, launched an ambitious project: recovering the extinct woolly mammoth through genetic engineering. The giant of the Ice Age with long fangs could return to its natural habitat in just 6 years, as a hybrid of an existing elephant.

The woolly mammoth became largely extinct in the last 10,000 years, and the last specimens are recorded until about 4,000 years ago.

However, genetically, the mammoth is very similar to the Asian elephant. “The Asian elephant is an endangered species. That is why we want to preserve it”Said Geoge Church, project leader.

Colossal will seek to make an Asian elephant with characteristics similar to the mammoth, genetically modified as a hybrid, so that they can withstand freezing temperatures. The idea is for the mammoths to become part of a long-term plan to restore the tundra to its prehistoric state of grasses, rather than trees.

The project has been around for years, but they were not getting enough funds to get it off the ground. Now the venture has a budget of 15 million dollars, coming from a variety of investors, including the twin brothers Winklevoss, known for being the ones who initiated a lawsuit for the authorship of Facebook against Mark Zuckerberg and 2004.

George Church, a professor at Harvard and a pioneer in personal genomics and synthetic biology, considered that the will to revive the woolly mammoth was “mostly a dream” so far.

However, it is now estimated that Colossal could take as little as six years to create a calfChurch said.

The timeline is “aggressive,” he explained. “When people used to ask me about the prospect of the project, I would reply, ‘I have no idea. We don’t have any funding, ‘”said the professor.

The creators of the project believe that the Arctic inhabited with woolly mammoths could slow global warming, slowing the melting of the permafrost, where the methane is currently trapped.

“Beyond the incredible of ‘bringing life back’ to the extinct, showing that this technology works could be a start of something important. These same technologies could solve a wide variety of human problems, “the researchers told US media.

“Synthetic biology will allow us to create new ways of life that can tackle massive problemsFrom oil and plastic cleaning to carbon sequestration and much more. Resolving tissue rejection and artificial uteri will help improve and prolong the lives of all human beings, “they added.