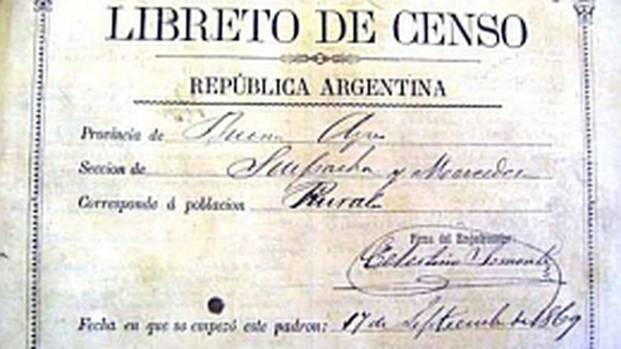 1254 – Marco Polo was born, who was an Italian traveler and merchant who is famous for the stories attributed to him about the trip to East Asia, and its silk trades. Upon his return from China in 1295, Marco Polo’s family settled in Venice where he became a sensation and attracted crowds of listeners, who believed his stories about distant China.

1759 – Cornelio Judas Tadeo de Saavedra y Rodríguez was born, who was a military man, statesman and merchant of Bolivian origin who was the president of the First Government Junta in the May Revolution of 1810. He participated in the second English invasion as head of the corps de Patricios and also served as president of the Junta Grande some time later.

1822 – In Chile, Ramón Freire (Supreme Director of Chile) signs in the same decree that abolishes slavery the definitive prohibition of bullfights and cockfighting in Chile for being practices that violate the culture and are improper of civilization.

1865 – In the province of Chubut, the city of Rawson was founded, which has been designated in homage to Dr. Guillermo Rawson, who supported the colonization of the Welsh in that Patagonian area. It is the provincial capital, it has an area of ​​12 square kilometers and a population of just over 31 thousand inhabitants.

1869 – The First National Census was carried out until September 17 of that year, under the presidency of Domingo Faustino Sarmiento. The main data produced by that consultation confirmed that Buenos Aires had a population of almost half a million inhabitants, Córdoba 210 thousand, Entre Ríos 134 thousand, Santiago del Estero 132 thousand and Corrientes 129 thousand.

1876 ​​- The Buenos Aires Herald is published for the first time.
1890 – Agatha Mary Clarissa Miller, better known as Agatha Christie, was born, who was a world-renowned British mystery novel writer. Some of his most important works were “Murder in Mesopotamia”, “Death on the Nile”, “The Mysterious Affair at Styles”, “The Murder of Roger Ackroyd” and “Rendezvous with Death”.

1888 – The military man and writer Lawrence of Arabia is born.

1903 – In the Brazilian city of Porto Alegre, the Gremio club was founded, which is considered one of the most important in that nation. Of the titles achieved, one stands out one Intercontinental Cup, three Copa Libertadores de América, two Recopa Sudamericana, two Brazilian Championships, five Brazilian Cups and one Brazilian Super Cup.

1913 – The first edition of the newspaper Crítica is published in Buenos Aires, a morning newspaper that revolutionized Argentine graphic journalism at the beginning of the 20th century. The newspaper, which had a tabloid tone and became one of the country’s best sellers, ceased publication in 1962. It was founded and directed by Uruguayan journalist Natalio Botana.

1914 – Adolfo Bioy Casares was born, who was an outstanding novelist, short story writer and essayist who is considered one of the best in national literature. Some of his most outstanding works were “The invention of Morel”, “The perjury of the snow”, “Plan of evasion”, “The side of the shadow”, “The other adventure”, “Fantastic stories” and “Sleeping al Sun”.

1916 – World War I: for the first time, in the Battle of the Somme, tanks are used in the war (in this case they are part of the Allied offensive).

1932 – The philanthropist and educator William C. Morris dies, who managed to rescue homeless youth from the street by giving them a job at the school-workshop. In Buenos Aires, an important three-meter-high bronze monument has been erected, located in the forests of Palermo, the work of the sculptor Humberto Eduardo Cerantonio. He was born in Sohan (Cambridge, England) on February 16, 1863.

1935 – In Germany, the Nuremberg Laws deprive Jews of German citizenship.
1937 – Fernando de la Rúa was born, who was a politician, university professor and lawyer who served as president of Argentina between 1999 and 2001. He was also the first Head of Government of the Autonomous City of Buenos Aires between 1996 and 1999, and in 1983 was a pre-candidate for the presidency for the Radical Civic Union (UCR) against Raúl Alfonsín.

1946 – Tommy Lee Jones was born, who is an American actor and filmmaker who won the Oscars in 1993 for best supporting actor, for his participation in the film “The Fugitive.” Other films in which he excelled were “Batman Forever”, “JFK”, “Vulcano”, “Men in Black”, “Jason Bourne” and “Captain America: The First Avenger”.

1997: The domain www.Google.com is registered by Larry Page and Sergey Brin, Stanford students.
1998 – The midfielder Jorge Burruchaga retires, a member of Independiente and of the Argentine team, champion of the World Cup in Mexico ’86 and runner-up in Italy ’90.

1998 – WorldCom and MCI Communications merge. In 2003, .com, would be the largest bankruptcy in US history.
2000 – Sydney Olympic Games open.
2004 – Johnny Ramone, guitarist for the punk group Los Ramones, dies.

2006 – The journalist and writer Oriana Fallacci, the first Italian woman to be a war correspondent, dies in Florence (Italy), at the age of 77, who published twelve books and sold 20 million copies.

2008 – Bankruptcy of the US investment bank Lehman Brothers triggers the world’s biggest financial crisis since 1929.

The International Day of Democracy is celebrated, declared in 2007 by the United Nations (UN) as a day to commemorate fundamental freedoms around the world. “

International Lymphoma Day is celebrated at the initiative of the Lymphoma Coalition in order to publicize this disease of the lymphatic system and be able to recognize the symptoms in time to be able to treat it.