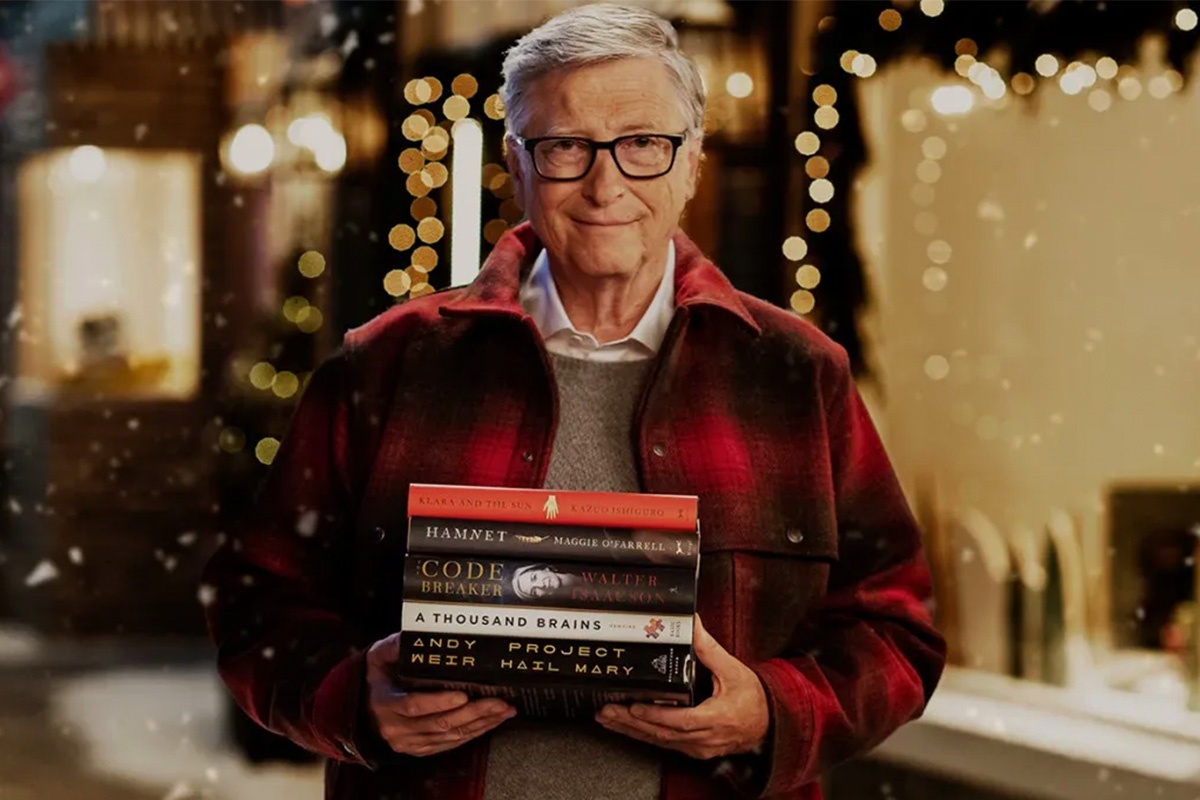 He is also famous for his recommendations and opinions on social media, Bill Gates shared a list of five of his favorite books for this Christmas.

This time around, science fiction topped the list, a genre the businessman said he enjoyed greatly in his youth, especially the Foundation trilogy by Isaac Asimov and authors Edgar Rice Burroughs and Robert Heinlein.

In the your blog postGates commented that his Christmas reading list for this includes two science fiction stories. One is nearly 12 light-years distant from our sun and the other is in the United States, but both got him thinking about how people can use technology to respond to challenges.

Also on the list are some cutting edge science non-fiction books and a novel that made the millionaire look at one of the most famous figures in history from a new perspective.

Jeff Hawkins, the computer engineer, creator of PalmPilot, talks in this title about his own theory about artificial intelligence. To carry out his business of digital personal assistants (PDAs) he spent many decades researching the connections between neuroscience and machine learning.

‘The Code of Life: Jennifer Doudna, Genetic Editing and the Future of the Human Species’ by Walter Isaacson

For further research on humans, this book addresses the CRISPR gene editing system, one of the most important scientific advances of the last decade. Gates also collaborates with this company in its founding and has funded numerous projects using this technology. The discovery by Nobel Prize-winning biochemist Jennifer Doudna and the rest of her team raises some ethical questions that are addressed in this essay.

Klara and the Sun ‘by Kazuo Ishiguro

The passion for technology is not far behind this year and in this case, Bill Gates is immersed in a science fiction story with robots and artificial intelligences. Ishiguro’s novel addresses the relationship between a sick girl and her intelligent assistant in a dystopian future.

For all fans of Shakespeare, Gates recommends a novel that for him could influence the stories of the famous British author. A story set in 1596 when one of the protagonist’s children dies suddenly from the plague. This tragedy will address the family’s grief and the grieving process.

The author of ‘The Martian’ who later inspired the movie ‘Mars’ starring Matt Damon, presents a new story that will explore the importance of science and engineering on a daily basis through a high school science teacher who wakes up in a different solar system than Earth.