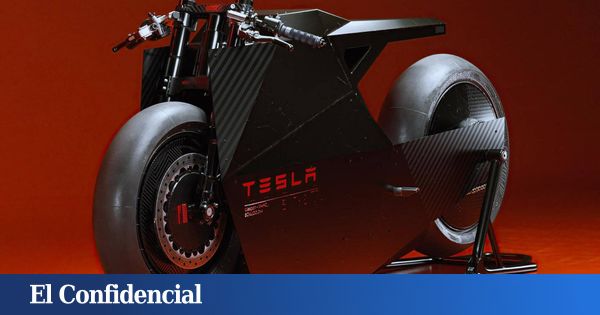 This fantastic Tesla motorcycle called “The Sokudo” has not left the Elon Musk’s mutant brain but from the mind of a movie designer and artist named Ash Thorp.

According to Thorp, he had always wanted to design an electric motorcycle by paying attention to how it might work in the real world. As he owns a Tesla, he was inspired by the brand and obviously the Cybertruck.

A dream with little problems

Aesthetically it is impeccable. It really looks like a motorcycle that just got out of one of the Gigafactorías from Tesla. The downside is that Throp must not have paid much attention to how it might work in the real world, as he claims.

For starters, that seat should leave your butt like the Guadarrama tunnel. But comfort is the least when handling seems seriously compromised by the design of the front end.

It also doesn’t have too much distance between the carbon fiber fairing and the ground. At the minimum that you lie in a curve, you would make some arrangements of sheet metal and paint that not even a painting by Antoni Tàpies. All this being said, I want one.

Unfortunately, and even if it solved all these problems in a 2.0 version, its small design flaws would not be the main factor why we will never see this Tesla motorcycle on the streets. Neither this nor any other.

According to Elon Musk himself, Tesla will never make a motorcycle. This was stated in a meeting with the company’s shareholders in 2018, when someone in the public asked him if Tesla was planning to manufacture an electric motorcycle “in the future.”

The answer was no. Musk recounted that he was an avid motorcyclist in his younger years, doing motocross for eight years until one day, on a street motorcycle, he was almost run over by a truck. The experience was so traumatic that he left the bikes on the spot and vowed never to approach one again.

But never say never again. Perhaps when he has his autopilot system fully ready, the South African will set out to solve the problem of motorcycle safety. It seems like a logical step. Or maybe it all depends on whether one day has a lysergic dream in which you drive an off-road motorcycle on Mars, as he did for the South African mountains at the age of fifteen. After all, Musk devised the Cybertruck not just to compete in America’s lucrative truck market, but as the foundation for his Martian car.